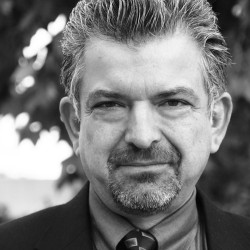 Juan Francisco Martínez was named vice president for diversity and international ministries in September 2015, while also continuing as professor of Hispanic studies and pastoral leadership. Since coming to Fuller in 2001, Martínez has served as vice provost, as associate provost for diversity and international programs, and as director of the Center for the Study of Hispanic Church and Community. Among other topics, his current research focuses on the history of Latino Protestantism, Latino Protestant identity, ministry in Latino Protestant churches, Latino and Latin American Anabaptists, and transnational mission among US Latinos.

Martínez joined Fuller from the Latin American Anabaptist Seminary in Guatemala City, Guatemala, where he served as rector for nine years. A Mennonite Brethren pastor, Martínez also has experience in church planting and teaching in both religious and secular venues.

An Experience of Amazing Contrasts

On Eating Tamales and Believing in God’s Future