Susilo Bambang Yudhoyono, the president of Indonesia, wrote an interesting article in a special issue of The Economist on how Muslim countries and the West can live in harmony in the twenty-first century. What is most significant about President Yudhoyono’s article is his attempt to re-narrate how people in Muslim countries view Westerners and how Western societies view Islam. Similar to how the former leaders of the Soviet Union and the United States in the 1980s and 1990s had to tell a new story in which the national “others” were no longer enemies but rather strategic economic partners, Yudhoyono argues that Muslim nations and Western nations must find a way to help people re-see those formerly viewed as “threats” now as partners against the real enemies of climate change and terrorism. The key elements in this retelling of present reality for Yudhoyono are to be found in religious and cultural education and appreciation at the grassroots level, increased cooperation and understanding at the national levels, and ensuring that economic benefits reach all civilizations.1

It could be argued that a similar type of re-narration concerning religious “others” is needed within Western Evangelicalism today. In some sectors of Christianity, society is portrayed as a battleground in which the Christian faithful must wage war against God’s enemies. While “battle” language is used in some biblical texts, it certainly is not the proper metaphor that should be used in shaping Christian witness in society, especially for how Christians should understand people of other religions. As Paul reminds us, “Our struggle is not against flesh and blood…” (Ephesians 6:12). Certainly Jesus’s discussion in Luke 10 of the good religious “other,” the Samaritan, should cause us to rethink our use of enemy language. Yet even those Evangelicals who do not subscribe to the enemy mentality still struggle to find ways of living in religiously pluralistic societies.

Richard Mouw’s articulation of convicted civility is a timely word in helping Western Evangelicals re-narrate the story of what Christian witness amidst diversity should look like, and how we can develop better ways of seeing and relating to our religiously diverse neighbors. While much more needs to be said in the discussion of faithful Christian witness amidst religious pluralism, a robust embodiment of convicted civility is essential in avoiding the many polarized approaches that fail to embrace one aspect or the other in biblical tensions. Such tensions include dialogue and evangelism, humility and boldness, proclamation of the gospel in word and deed, and finding common ground for interreligious collaboration in seeking the welfare of society while maintaining religious distinctives.

These new global realities present numerous challenges and opportunities, threats and possibilities about which Evangelical Christians need to be thinking critically if we are to be faithful to the gospel of Jesus and sensitive to the Holy Spirit’s ongoing work around the world today. As an editorial board, we feel it is important at this point in our first year of publication that we explain the core values of Evangelical Interfaith Dialogue and the space for dialogue that we hope to create with this journal.

1Susilo Bambang Yudhoyono, “How to Let Islam and the West Live in Harmony,” in The Economist: The World in 2010, December 2009. 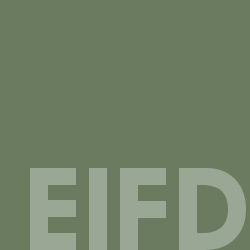