One cannot reasonably doubt that Islam is currently going through an extraordinary level of turmoil. As the world’s second largest religion, dominant in 50 some states, with a burgeoning population and abundant resources, one would expect that the present time would be one of renaissance for Islam. This has not been the case, as most Muslim states and regions remain laggard economically, with few resources devoted to education and infrastructure.

Of all the ills from which Islam suffers, those connected to the current wave of Salafism and especially Salafi-jihadism, inside the Sunni Muslim world, are by far the most pernicious. These groups, which have grown out of various theological combinations from the Wahhabi interpretation of Islam (current in Saudi Arabia), support a puritanical, reformist movement inside Islam, in opposition to Sufism. While it is not true that all Salafis are jihadis (nor are all jihadis Salafis), those which combine Salafism and jihad (or sacral warfare), including such groups as the Islamic State and Boko Haram, are by far the most murderous and destructive.

Christians could theoretically ignore what is effectively an Islamic civil war. Although some of these Salafi-jihadi groups began by directing their violence against the outside non-Muslim world, for the most part one can say that the vast majority of their victims during the recent past, have been Muslim. Groups such as al-Qaeda, the Islamic State and al-Shabab often turn against Muslims who they deem to be unbelievers (through the use of takfir or labelling apparent Muslims as unbelievers), and so today it is not at all unusual for suicide bombers to target mosques more than army-checkpoints or churches.

As John Azumah rightly points out, there is a strong corollary between the appearance of a Salafi or a Salafi-jihadi group in a given area or country, and that area or country being open to the gospel. Probably the most obvious corollary is in Algeria, where the church has grown immensely and unexpectedly during the past two decades following the Algerian Civil War (1990-2003).

Christians cannot, however, simply ignore the wave of violence engulfing the Muslim world, partly because of the still substantial Christian minorities scattered throughout it, and partly because of the rebirth of the church in some countries (i.e. Algeria, Iran). In addition, many of the most violent groups have membership or followings in the non-Muslim countries, such as in Europe, the U.S. and Australia.

This raises the question of how Christians should respond to Muslim violence. In his analysis, Azumah is quite forthright about the scope of the problem. One cannot dismiss his description of the Muslim world as an apologetic one. However, I cannot agree with his prescription for the issue, which he states:

This approach, in my view, would hamstring the church in its witness at this critical time. Because Islam is actually the problem. Many of the manifestations that Azumah cites, such as those connected with the blasphemy laws used in Pakistan and other places to persecute Christians, as well as those connected with apostasy laws—by which those converting out of Islam are sentenced to death—are in fact part of mainstream Islam.

Starting from the beginnings of its documentable history in the 9th century,[i] Islam and Muslims have produced one of the most textually-based faiths the world has ever seen. Muslims have defined, discussed, argued and promoted what Islam is and how it is to be manifest within society for centuries. This vision from the classical period involves a domination of the public space for the purposes of practicing Islam that is foreign to Christianity. It is very difficult to “force” Islam to become a private, personal religion, where one “tolerates” the other or allows others to freely and openly practice their faith (the reason why Coptic Christians are not able to build or reconstruct their churches in supposedly secular Egypt, for example).[ii]

Moreover, Islam is a much more proactive and coercive religion than is Christianity. It has always been important for Muslims to “command the right and forbid the wrong” (cf. Q3:110), which practically speaking, means that Muslims have the right to interfere with others’ behavior, and compel it to Islamic norms.

Azumah would like for us to ignore the textual support for Islam’s domination of the public space, by saying that, “we cannot draw a straight line between authoritative texts and the actions of jihadists.” I strongly disagree, having worked extensively upon the Nigerian Salafi-jihadi group Boko Haram. Their words literally presage their actions. And they are all rooted in their interpretation of Islam. This fact needs to be pointed out.

It is simply incorrect to say, as Azumah does, that individuals joining jihadist groups are religiously illiterate. This is a fairly common fallacy among those who have not studied their writings or watched their videos. In fact, they are very careful to base every single one of their actions upon Qur’anic verses and upon traditions. Sometimes, however, as Azumah rightly notes, these interpretations are a stretch or have the weight of scholarly opposition against them; for example, the example he cites of prohibitions against killing women, children and the elderly is true.

However, his analysis ignores the fact that there is little evidence to support the idea that Salafis and Salafi-jihadis join groups because of economic issues, or that such groups are in fact a smokescreen for being a voice of the poor. Boko Haram is a classic example of the misuse of this trope, and one that cannot be sustained any longer, as it appeared in Nigeria. There is not a single word in all of the Boko Haram texts or videos about poverty or economic underdevelopment (or even Nigeria’s endemic corruption). Those who wish to say that Salafi-jihadis are driven by poverty must answer the question of why it is exactly that their words and manifestoes do not contain any words about the issue, or why they make their groups monochromatically Islamic, when a purely poverty-driven group would jump across confessional lines?[iii] Nigeria is almost uniformly impoverished, and yet from none of the Christian, or even syncretistic Muslim regions, does one see the type of violent group similar to Boko Haram.

The variable, quite obviously, is Islam, which is stated openly and repeatedly by the leaders of Boko Haram. However, the doctrines of Boko Haram, as many Nigerians have noted, are simply the actualization of what mainstream Muslim leaders have been saying for years. Nor is Boko Haram an isolated case. How does Azumah explain manifestations such as the refusal of the Malaysian authorities to allow the conversion of Lina Joy to Christianity?[iv] The Malaysian government is not Salafi-jihadi, but it still must uphold mainstream Islamic norms that there can be no out-conversion. A wealth of other examples could be cited here.

In the wake of the abolition of slavery by the European powers through the early 19th century, Christians confronted the fact of Muslim slavery, especially in Africa, where it was just as pernicious and brutal as the Atlantic slave trade. There was, however, no Muslim tendency such as there had been among Christians, to abolish slavery, as the practice was well-supported within the Qur’an (cf. Q70:30).[v] It was necessary for Christians to actually confront this practice from the outside and judge it, compelling Muslims to abolish it.

Azumah would have us as Christians avoid critiquing Islam because somehow or another this might strengthen the Salafi-jihadi claim to legitimacy. I would like to say in response: The Islamic State and other Salafi-jihadi groups are not necessarily “the essence” of Islam (as he puts it), but neither are they divorced from Islam. These groups are just as much a legitimate version of Islam, as any other version. Azumah simply does not have the right to say, “this is Islam, this is not.” Critiquing the groups’ affinities with mainstream Islam should be a witness to those elements which need to be changed.

I join with Azumah in many ways in commending the fact that he highlights many injustices throughout the Muslim world. There needs to be a forthright denunciation of Muslim application of the blasphemy law in Pakistan, of continual attacks upon Christians and upon churches (in Egypt, in Indonesia, and many other countries), as well as a call for freedom of religion for Muslims to convert out of Islam. These rights are not tangential, but fundamental.

No religion should be above criticism. It is simply wrong for us to abdicate the responsibility of speaking out. Islam should not be somehow protected more or less than any other religion.

[i] Although the beginnings of Islam are from the 7th century, Muslims for the most part did not make the transition into a literate culture until approximately two centuries had passed.

[iii] In Africa there are a number of examples of groups that actually are fighting poverty and do genuinely promote inter-religious solidarity. No Salafi-jihadi group is among them. 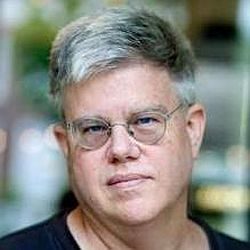 David Cook is associate professor of religion at Rice University specializing in Islam. His areas of specialization include early Islamic history and development, Muslim apocalyptic literature and movements (classical and contemporary), radical Islam, historical astronomy and Judeo-Arabic literature. His most recent book is The Syrian Muslim Apocalyptic Heritage: A Translation of Nu`aym b. Hammad al-Marwazi’s Book of Tribulations (Edinburgh: Edinburgh University Press, 2017).