John Morehead’s lead article recommends that Christians adopt a missions approach to those in “new religious movements,” viewing them “primarily as dynamic religious cultures rather than deviant systems of heretical doctrine.” He argues that a “heresy-rationalist” approach will be less effective in ministry to Mormons, Jehovah’s Witnesses, Seventh-day Adventists, and those of other such groups because such an approach leads to hostility, a lack of caring and respect, an unbalanced focus on doctrine, and a failure to take into account the culture of these groups.

Of course, engagement with any person, regardless of his or her faith tradition, that is characterized by anger, disrespect, and belligerent confrontation not only deters effective dialogue but is generally un-Christlike. I also agree that there are key cultural elements that characterize new religious movements and that understanding these elements only enhances our effectiveness in sharing the gospel.

However, I would suggest that there are certain cultural elements that place some new religious movements into their own unique subset. Their primary social/cultural characteristic is that of novel exclusivism. A “novel exclusivist” group claims that despite its comparatively recent origin in the history of Christianity, it is the only true and right Christian religious organization currently on earth to the exclusion of every other religion or denomination. This view is common to the Church of Jesus Christ of Latter-day Saints (Mormons), Jehovah’s Witnesses, the Seventh-day Adventist Church, the United Pentecostal Church (Oneness/Jesus Only), and others that claim “Christian” identity. Because such groups rely heavily on their identification and association with Christianity while denying many of its core teachings, they are also referred to as “counterfeit” Christian religions. This cultural characteristic of novel exclusivism, however, is not shared by other new religious movements that do not purport to be Christian, such as Baha’i, variations of Pagan spirituality, Wicca, or those movements with roots in Eastern mysticism or New Age philosophy and practice.

In this article I will share cultural lessons I’ve learned in 25 years of full-time ministry that has been a blend of cross-cultural missions and discernment-apologetics ministry oriented to exclusivist new religious movements. I have interacted with members and former members of these groups at nearly every level of authority in over a dozen countries. The cultural elements I address add dimensions to these exclusivist groups not commonly found in other new religious movements. Unfortunately, these cultural components are sometimes overlooked in more generalized discussions of new religious movements, but must be taken into account in order for true dialogue to take place. When ignored, Christians can come away from an encounter frustrated, confused, and even deceived. Effective engagement and evangelism of those in exclusivist groups/Christian counterfeits requires a careful, compassionate, Spirit-led blending of both apologetics and missiology.

This blended methodology has characterized the ministry of the Institute for Religious Research and is the result of not only my personal experience but that of dozens of other ministry colleagues. The tools we have developed have resulted in hundreds of people, including former LDS missionaries and bishops, not only leaving the LDS Church but also coming to vibrant, fruit-bearing faith in Christ.1

Understanding the Culture of Counterfeits

A number of distinctive cultural dimensions characterize the exclusivist new religions. In addition to the culture of novel exclusivism already discussed, such characteristics include a culture of organizational truth (spiritual truth is whatever the organization currently says) and a culture of persecution (any questioning or critical evaluation of the group is considered persecution). Given the length constraints of this article, nothing more will be said about the above three characteristics so that I can briefly develop four other characteristics and explain their significance for effective engagement and evangelism.

We can only effectively engage members of such groups when we recognize this cultural hesitancy (even aversion) to question or doubt, which is so different from the rest of our culture that seems so ready and willing to question anything and everything. As we interact we will seek first to establish relational trust that earns the right to question those things often taught to be unquestionable.

The important flip side is that until members are exposed to information that exposes the falsity and unreliability of the organization and they are prepared to reject the organization’s exclusivist claims, they will have neither desire nor motivation to transfer their trust and allegiance from the organization to the true person and work of Jesus Christ. True concern and compassion should therefore embolden us to present carefully documented information that respectfully challenges the accepted culture of group membership for salvation.

This component is closely tied to the previous point. Failure to take it into account will often result in well-meaning Christians sharing Scripture or biblical teaching only to be told, “that is just your interpretation.” Furthermore, the Christian’s interpretation will be deemed invalid because they are not a part of the group. For example, Jehovah’s Witnesses dismiss any views from Christians outside their sect as tainted by association with “Christendom,” which is regarded as an expression of Babylon the Great. Mormons regard all Christians outside the LDS Church as lacking the “priesthood,” a spiritual authority that can only be received through another Mormon.

This culture of authority and the assumption that only the group has the truth means that most group members will not consider an alternate point of view until the group’s authority has been challenged. This is in essence what Jesus did with the Samaritan woman at the well. He gently but pointedly told her she was on the wrong spiritual path. “You worship what you do not know; we worship what we know, for salvation is from the Jews” (John 4:22).

While members of exclusivist new religious groups reject traditional Christian beliefs, it is quite common for them to claim otherwise. For example, I’ve had both Mormons and Jehovah’s Witnesses claim to believe in salvation by grace alone once they knew I was a committed Christian. However, further dialogue and careful questioning revealed they had radically different understandings of what this meant. Mormons, for example, understand salvation by grace alone to mean that virtually all people will be resurrected with immortal bodies whether they believed in Christ in this life or not, but that such immortality may be experienced in a lower spiritual realm separated forever from the presence of God.

Had I not been aware of the group’s unique interpretations, I would have wrongly believed the person shared a biblical understanding of salvation. This is why it is crucial that cross-cultural-mission approaches be informed by an understanding of the exclusivist group’s redefinition of Christian terminology.

The first time I encountered this cultural component I was surprised and stymied. While attending a Mormon temple open house in Latin America, an LDS Church leader denied the Mormon teaching that “God was once a man like us” as he stood in a circle of people who were asking questions. Surprised, I calmly challenged his denial, even quoting Joseph Smith from a book published by the LDS Church. He persisted in the denial, and not having the book at hand, I was unable to document my affirmation.

About four months later I was in a similar situation in Venezuela. When I expressed concern about the LDS teaching that God was once a man like us and had progressed to become a God, LDS leaders immediately and vehemently denied it, accusing me of repeating anti-Mormon lies, and asserting that Joseph Smith had taught no such thing. They were so insistent and indignant I thought perhaps they were not aware of this teaching. So, I took out my copy of Teachings of the Prophet Joseph Smith in Spanish. But as I flipped to page 427 to read Joseph Smith’s declaration about God being a man like us, everything changed. The anger and indignation became patronizing acquiescence: “Of course that is what Joseph Smith taught; that is an important doctrine in our church.”

I was stunned. They did know. In less than sixty seconds what had been vociferously denied was now placidly affirmed. I’ve since had similar experiences with both Adventists and Jehovah’s Witnesses, and have had similar scenarios play out in an LDS context in nearly a dozen countries. Jehovah’s Witnesses call it “theocratic warfare strategy”; Mormons refer to it as “lying for the Lord.” I have documented this deliberate deception at every level, from average members giving temple tours, to LDS missionaries who have visited our office, all the way to General Authorities lying in television interviews to the host commentator.

It is critical this culture of deception be taken into account when engaging those from exclusivist new religious movements. Most of us assume when we engage in dialogue about matters of personal faith that people will be honest about their religion’s core beliefs. It is difficult to reconcile a person’s devotion to their faith with an equal dedication to protect the image of the group or its leaders using deceit and dishonesty. Yet, this has been amply documented, even apart from my extensive experience.2

I now make these cultural components an essential part of my teaching and training of evangelical pastors and other leaders overseas, so they can effectively engage exclusivist groups and prepare their people as well. Understanding how these groups view and relate to outsiders enables us to respond with patience and compassion in the face of denial and deception, and it can help us avoid unrealistic expectations during initial dialogue. Gently helping the person see their dishonesty, or the dishonesty of the group when their own leaders have misled them, often opens doors to further dialogue and the exposure of the other cultural elements already discussed. When this is motivated by a deep concern for him or her as a person who is first and foremost a fellow image bearer of God, he or she gets a taste of what it means to be genuinely cared for and opens up to a true dialogue of the heart in which the truth—in contrast to the lies they believed socially, emotionally, and spiritually—can truly begin to set them free.

1A recent caller to IRR reported they were aware of at least 300 people who had left the LDS church as a result of our Lost Book of Abraham DVD. They estimated at least two-thirds had also come to faith in Christ.

2See for example LDS employee Ken Clark’s extensive article titled “Lying for the Lord,” online at http://www.mormonthink.com/lying.htm, and Helen Whitney’s documented experiences with LDS deception during the making of her PBS documentary The Mormons, at http://www.youtube.com/watch?v=p34EYx0fq2Q. 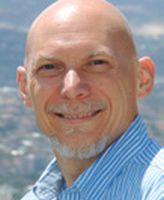 Joel B. Groat (MTS, New Testament, Grand Rapids Theological Seminary) is Director of Ministries at the Institute for Religious Research, where he has worked since 1987—writing, teaching, and training pastors and lay leaders in the areas of apologetics, discernment, and evangelism. He has served as adjunct professor at Cornerstone University and is active in his church’s missions program and youth ministry. Joel and his wife, Lois, have been married since 1983 and have eight children. His writings on Mormons can be found at http://mit.irr.org/mormon-families-forever-too-good-be-true.