I would like to respond to one aspect of Christopher J. H. Wright’s article and show how his biblical understanding of salvation can be used to guide followers of Christ in dialoguing with persons of other religions. Wright’s opening statement that “salvation is the property of God” is a biblical barb to those who advocate relativism in their approaches to interreligious dialogue. He claims that human endeavor has nothing to do with God’s salvation, including other religions. This confronts the heart of the interfaith debate since in arguing that God is the only source of salvation and not any human agency or gods, the author attacks the claim that salvation can be found in other religions. How can you receive salvation from other religions when the Bible clearly indicates it is only God who is the initiator and dispenser of salvation? Wright continues, “But according to the Bible, religion saves nobody. God does. Salvation belongs to God and is not manipulated out of him by religious activity.” In other words, he initially presses the fundamental prickly question as to whether there is truth in other religions outside the Christian camp, and if that work of the Holy Spirit can lead people to the revelation of the one true living God.

On this first point, Wright supports his argument by referring briefly to the New Testament for reinforcement, and in particular the word “savior” being exclusively used for God and Jesus “and to nobody else at all”—even though the word “savior” was in common use throughout the first-century Greco-Roman world (later in the article Wright speaks of Luke “festooning the language of salvation around the arrival of Jesus”1 by using salvation terms seven times in his first three chapters: 1:47, 69, 71, 77; 2:11, 30; 3:6). In this brief response, I will expand on this position focusing on the writings of Luke—a Gentile doctor and travel companion to Paul (Col. 4:14). The author of Luke-Acts—in writing to Gentile Christians—declared Jesus of Nazareth as the road to God’s salvation. In God’s concern for all people (Luke 2:14), the writer specifically included Gentiles (Luke 2:30-32; 4:25-26, 27; 7:2-10; 13:29; 24:47) and the marginalized (those whom traditional Judaism placed beyond the boundaries) in God’s panorama of salvation, particularly highlighting the dreaded Samaritans (Luke 9:51-55; 10:30-37; 17:15-19).

Why was there such a strong emphasis by the Gentile author of Luke-Acts to his non-Jewish audience (in a mosaic of religions) concerning God’s only way of “salvation,” by Jesus the “savior,” who “saves”? And there was no wiggle room when Peter declared before the Sanhedrin Council, “Salvation is found in no one else [than Jesus], for there is no other name under heaven given to men by which we must be saved” (Acts 4:12). Wright provides part of the answer to this question in his section on the story of salvation being a celebrated experience—especially his emphasis on the important role of the Scriptures. Luke recorded the historic story of the teachings, miracles, death, burial, resurrection, ascension, and ongoing Spirit-mission of Jesus the Messiah—the testimony of these events by those who experienced them firsthand (Acts 4:33)—so that coming generations might also embrace for themselves the salvation of God through Jesus Christ: “By knowing the story, assimilating it as our own, and trusting the God whom it testifies.” Biblical salvation is woven together with the Scriptures and is thus “a biblically informed experience.” This leads Wright to the conclusion, “Other religions and ideologies do not save because they do not tell this story” of God’s saving action in history. Furthermore, he rejects the notion of substituting the sacred writings of other faiths for the Hebrew Scriptures, since it is only the Old Testament that has the story that explains the promised Messiah and his mission to all the nations (Luke 24:44-49; Acts 26:22b-23).

Another answer to why Luke underlined the idea of salvation is found in Wright’s initial exhortation to understand God’s bigger purpose in light of the final outcome where “a great multitude that no one could count, from every nation, tribe, people, and language [were] standing before the throne and in front of the Lamb” (Rev. 7:9 NRSV). In this backward glance at the doctrine of salvation, the end result was mission: God through the church and beyond is reaching across barriers of culture, language, geography, ideology, and ethnicity to bring people to the Kingdom of Christ by announcing the gospel in speech and social action. This is echoed in Luke-Acts. Luke’s major purpose was to write a missional history of the ministry of Jesus and the early church to encourage the people of the Way to follow these two historic examples—to give hope and courage to their fear-filled future of persecution in a pluralistic world. As Wright himself affirms, this was consistent with the preaching record in Acts that pronounced that the salvation of Yahweh and Jesus was identical (2:38; 5:31; 13:38), as was the outcome declared at the Jerusalem Council: “We believe it is through the grace of our Lord Jesus Christ that we[Jews] are saved, just as they [Gentiles] are” (Acts 15:11). And the missional multitudes shouted before the throne of God, “Salvation belongs to our God…and the Lamb.”

1This quotation is taken from Wright’s lengthier treatment of this topic in Salvation Belongs to Our God: Celebrating the Bible’s Central Story (Downers Grove: InterVarsity Press, 2007), 28. 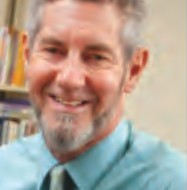 Robert L. Gallagher is president of the American Society of Missiology and an associate professor of intercultural studies at Wheaton College Graduate School.