Veli-Matti Kärkkäinen is a leading expert who demonstrates a broad understanding of the various theologies of religion and has judiciously provided a user-friendly introduction for a very difficult field. As such, his essay has a deceptively simple quality. In what follows, I shall tease out the complexities behind two of his points, complexities of which Kärkkäinen is well aware. This, in turn, will further display his contribution behind his carefully outlined introduction to the field.

Kärkkäinen’s appeal to the categories of exclusivism, inclusivism, and pluralism is not without awareness of their limitations. He has stated elsewhere that while such categories serve pedagogical purposes, they are problematic in that they reduce a theology of religions to a purely soteriological focus, ignoring other important and equally relevant issues.1 Kärkkäinen is equally aware that these terms can at times be pejorative and misleading, particularly when it comes to classifying contemporary theologians of religions (Kärkkäinen, 166). Gavin D’Costa and Amos Yong are two contemporary theologians in the field who would eschew the characterizations of the complexity of their approach through these categories.2 As missiologists have noted, our very approach to these (and all theoretical) categories is never culturally neutral, and therefore we must not appropriate them in a way that ignores the philosophical and cultural implications behind them.

Paul Hiebert’s classic discussion of bounded sets highlights this concept.3 As he points out, we must not simply assume categories are bounded sets. Although such an approach serves the purpose of maintaining clear distinctions between groups, it equally blinds us to the complex and unique movements intrinsic to each item within such groupings. Hiebert would also warn that although we might want to backload these categories with theoretical assumptions about how they can operate, the discipline of the theology of religions can never be reduced to simply applying static (bounded) theoretical containers in which to put the various approaches, religions, theologians, etc. The implications for such an approach, particularly as played out in applying a theology of religions to interfaith work, would be fraught with reductions and characterizations.

Although Kärkkäinen is fully aware of the limitations within these categories, he is still right to begin with them. First, as an evangelical, he is deeply concerned with the euangelion and, therefore, can never discard the centrality of the soteriological focus that these categories emphasize. More so, as Kärkkäinen notes, these categories are to be seen as a way to organize the approaches to the broader issue of the “dynamic tension” in the scriptural witness regarding other religions. Moreover, beginning with these categories allows him to retrace the movement of the discipline of theology of religions itself. Where early discussions centered almost purely on these categories, the relatively fledgling field has broadened beyond these issues and gone on to include thinking about the religions through explicitly theological categories (Christological, pneumatological, trinitarian, etc.).

A second commendable point is Kärkkäinen’s insistence that we keep a strong trinitarian criteria—not only for being faithful to the Christian claim, but also for the purpose of avoiding abuses that inevitably center on one theological loci in separation from the others. Yet once again we should not be fooled. For as Kärkkäinen has demonstrated at length elsewhere, invoking a trinitarian approach to the theology of religions is no panacea.4 Not only can one find trinitarian approaches that fit all three aforementioned categories (exclusivism, inclusivism, pluralism), one likewise finds a vast disagreement between the different approaches. Theological projects as diverse as that of Barth, Rahner, and Hick all claim a trinitarian basis, yet could be seen to fall into the respective exclusivist, inclusivist, and pluralist camps. Likewise, uniquely distinct projects such as those of Pannenberg, Pinnock, D’Costa, and Dupuis could all be labeled an inclusivist trinitarian approach, although they disagree with each other on significant points. This shows how important it is that one carefully unpack the logic built into the particular appropriation of a trinitarian framework, which is something Kärkkäinen has done at length in previous scholarship.

One of the most important issues for just such an approach involves one’s understanding of Augustine’s rule of thumb—that the external works of the Trinity are undivided (opera Trinitatis ad extra sunt indivisa). Does one take, as Robert Jensen does, a more Cappadocian view of a perfect mutuality in each member’s undividedness, thus each equally exercising its distinct mode of agency (Father initiating, Son actualizing, Spirit perfecting) within every act?5 Or does one allow for a reading of Augustine’s rule that understands (ad extra) the distinct work of one member as inhering with the others without concern for a distinct mode of agency? These alternative readings play into how one recognizes and develops the place Christology or pneumatology might play within a trinitarian theology of religions.

These difficulties are not meant to undermine Kärkkäinen’s statement of the value of a trinitarian approach, but to underscore the need for more work in synthesizing a uniquely trinitarian and evangelical theology of religions. Kärkkäinen is well aware of the need for such a synthesis, stating elsewhere his desire someday to attempt his own trinitarian theology of religions.6 Until then, Kärkkäinen is correct in his assertion that one can still appeal to the importance of a trinitarian rubric in order to guard against abuses. After all, creedal statements receive the most immediate traction when used to identify the limits of orthodoxy. It is an entirely different chore to construct a detailed and definitive statement that resolves the boundaries of creedal statements into a definitive whole. Thus, we see Kärkkäinen’s wisdom in focusing his comments on a trinitarian criteria for a truly Christian theology of religions.

1Kärkkäinen, An Introduction to the Theology of Religions, 165.

2Gavin D’Costa, Christianity and the World Religions, 34; Amos Yong, Beyond the Impasse, 27. 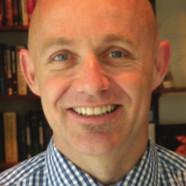 Robert S. Covolo is a PhD candidate studying theology and culture at Fuller Theological Seminary. He is a licensed minister with the Grace Brethren Fellowship and has served as an adjunct professor in theology and New Testament at Talbot School of Theology.