Editorial Note: throughout this article the terms “Latter-day Saint” [LDS] and “Mormon” are used interchangeably.

I have always greatly benefited from Chris Wright’s scholarship and have agreed with just about everything he writes. I had the privilege to read and review both his large book, The Mission of God: Unlocking the Bible’s Grand Narrative (Downers Grove: InterVarsity Press, 2006), and his smaller offshoot from it, Salvation Belongs to Our God: Celebrating the Bible’s Central Story (Downers Grove: InterVarsity Press, 2008), both for the website of the Irish Bible Institute in Dublin. I am thus grateful for this opportunity to interact with this even more abbreviated offshoot and to reflect on some applications to the ongoing Evangelical-Mormon dialogue, of which I have been a part for eleven years now, organized after the completion of my own personal dialogue with Stephen Robinson, published as How Wide the Divide? A Mormon and an Evangelical in Conversation (Downers Grove: InterVarsity Press, 1997).

Evangelical Christian interaction with those sectarian breakaway groups from modern Protestantism sometimes identified as “cults” curiously seems to foster worse behavior and attitudes than does dialogue with world religions that share no common roots with historic Christianity. One might imagine with so much in common, especially ethically, socially, and politically, that Evangelical-LDS dialogue would be easier than, say, Evangelical-Buddhist conversation. Reading the rhetoric in the so-called countercult industry suggests otherwise. The religious conversation partner who is almost “wholly other” is often easier to talk civilly with than the one for which a kind of “sibling rivalry” finds the two competing to be the sole heir of a common religious history.

Applying Wright’s article reminds us how much Mormons and Evangelicals have in common, even theologically. First, both groups claim the God of the Scriptures (Jehovah in the English of the King James Version, the official translation of the Bible for the LDS) as their God and can thus be described as theocentric. The problem for Evangelicals is that the uniquely Mormon scriptures (the Book of Mormon, the Doctrine and Covenants, and the Pearl of Great Price) create a more anthropomorphic deity than the Bible itself does, most notably with God the Father having a human body. Noncanonical Mormon theology has often gone one large step further in believing that, in eternity past, God was once a man just like us, that is, finite. This conviction is the product of Joseph Smith’s famous King Follett funeral sermon, preached near the end of his life and considerably more radical than his earlier teachings, especially in the Book of Mormon. Many contemporary LDS, however, reject (or at least “shelve” as a mystery) these additional teachings and insist on the full infinity, eternality, deity, and sovereignty of the Lord God as he has been known since the creation of this universe and as he always will be in the future.

Both Evangelical and Latter-day Saint faith likewise share the conviction that they are heirs to the promises to Israel and represent the restoration of the church from the apostolic era. Both believe that, as Eastern Orthodoxy and Roman Catholicism emerged, many “plain and precious truths” were lost, or at least lost sight of, from first-century Christianity. What they disagree on is how quickly, how seriously, and how substantially true doctrine disappeared. Most Protestants have remained content with a “Reformation,” though the Stone-Campbell movement of the early nineteenth century called for a full-fledged “Restoration.” Mormonism emerged as the black sheep of this Restorationist movement, rejecting the goals of Alexander Campbell and Barton Stone to form a movement to unite all true Christians. Instead LDS have often claimed that they are the only true Christians. When they haven’t gone that far, at least they have usually claimed to be the “one true Church of Jesus Christ” on earth. Again it is easy to see how this can stifle dialogue. Again, too, however, some are recognizing today that there may be genuine churches outside of Mormonism, even if not as complete. A common metaphor compares the non-LDS to the 40- or 60-watt light bulb, with the LDS as 100-watt bulbs.

Wright’s reflections on the experiential and the historical dimensions of biblical Christianity form a suitable backdrop for reflection on another set of similarities and differences between Evangelicals and Mormons. While the nineteenth-century narrative of Mormon persecution and the treks ever westward—first under Joseph as far as Nauvoo, Illinois, and then under Brigham Young all the way to the Great Salt Lake Basin—prove very defining for LDS identity, the biblical narrative often takes second place in comparison.

Tellingly, no unambiguous archeological evidence for a single event in the Mormon scriptures not already found in the Old or New Testaments has ever been unearthed, whereas large volumes of corroborating biblical archeology may readily be consulted. Not surprisingly, then, the basic plot of the Book of Mormon—of Israelites migrating to the New World, having Jesus appear to them in North America, and eventually warring with native Americans and dying off—does not feature nearly as prominently in LDS apologetic as does every Mormon’s personal testimony: the conviction they believe the Spirit provides for them that the Book of Mormon is true, and that therefore Joseph Smith is a true prophet. From those convictions all the rest of the LDS superstructure proceeds. To be sure, many Evangelical testimonies rise little above the level of “God said it, I believe it, and that settles it for me”—admirable faith but awful apologetics, because it enables one to get absolutely nowhere in conversation with someone who does not affirm either or both of the first two premises. Thus evidences for the faith typically play a much larger role in Evangelical than in Mormon life and mission.

The sovereignty of God can appear to take a back seat in LDS thought in comparison with the deification of humanity. Again, different wings of the church will vary their emphases somewhat. Some claim to mean little more than C. S. Lewis did when he spoke of glorified, resurrected human beings one day appearing similar enough to deity to tempt one to worship them were it possible today to see what they would be like then. In other instances, God and humanity have become joint members of the same species, a huge barrier to interfaith rapprochement.

Finally, Wright’s appropriate emphasis on historic Christianity’s Christocentricity poses some of the same problems for dialogue with the LDS as its theocentricity does. Both faiths claim to worship the same Jesus of the New Testament while at times defining their terms so differently that the common language masks the dissimilarities. Yet at other times, the reverse takes place, when members of the two faiths are saying much the same thing but don’t realize it because they are using quite different terminology. Paul’s words in Galatians 1:8-9 about anyone, even an angel of God (including Moroni—the angel whose statue appears atop every LDS temple?), who teaches any other gospel being anathema, do not help ecumenical endeavors here. On the other hand, Paul’s harsh words were originally intended for in-house consumption, against the Judaizers who had infiltrated the Galatian churches, not for those in other churches or outside religious groups.

Clearly much work remains. Wright’s five points, however, have highlighted the main areas that have independently emerged as most crucial—and most sensitive—in Evangelical-LDS dialogue, and we have seen progress even in these areas. Doubtless, they will prove central in all comparable efforts as well. 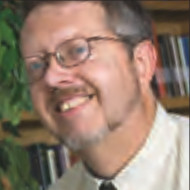