Egypt was the first country in the African continent to receive both Christianity and Islam. Egypt became the intellectual center for both religions and the gateway for both faiths into the heart of Africa. The religious situation in Egypt today is different from that of most African countries. Primarily, this is because Christians are a minority in Egypt. Dr. Azumah’s article covers the sub- Sahara situations regarding Christian Muslim relations, while this response talks about Egypt as a North African country. Egypt can play an important role in giving a wide perspective on how the Christian church responded to Islam in a majority Muslim country. The Egyptian Christians represent about 10% of Egypt’s population of eighty million. The minority perspective or mentality deeply affects relationships with those of the dominant faith. The Egyptian church has approached Islam in many ways throughout its history. However, in recent years the church in Egypt went through different phases in its relationship with Islam and the Egyptian government. The situation even became harder after the January 25 Revolution earlier this year. The Egyptian church is going through cutting edge developments in its approach to Islam and Muslims. There is much uncertainty for the future of the church under the coming political regime—whether it be Islamists or liberalists. In general, the Egyptian church faces Islam naturally and intentionally in many ways.

Historically, Egyptian Christians have largely withdrawn from public life. Having experienced discrimination and hostility for centuries from the dominant majority, Christians developed what is termed a “battered minority” syndrome. In part, this includes a sense of inferiority and a heightened sensitivity to persecution and discrimination. The necessary outward acquiescence to laws enforced by the majority and the lack of participation in the political decision-making process are experienced as keenly humiliating.

The majority of Egyptian Christians live with as little interaction with their Muslim neighbors as possible. Most find their identity in the church. They are satisfied with what they have inside the walls of the church, which is not only a place for worship, but also the locus of their social life. Churches in general are centered on social activities such as trips, education, and employment. These practices, the pressures of espousing different values than the majority, and the discrimination experienced at the hands of the Muslim majority have propelled Christians into increasing isolation and withdrawal from political, social, and public life.

Another response to the situation is the emigration of Copts to the West in search of new opportunities. Since 1965, hundreds of thousands of Copts have migrated to Canada, Australia, the United States, and Europe. The Egyptian Christians who live abroad play an important role in the political and economic support of their churches and families. They openly accuse the Egyptian government of intolerance towards the Christian minority. Likewise, they have organized themselves into various organizations and exert pressure on the government to give more rights to Christians. Furthermore, they provide vital financial support to both families and churches back home.

Through the centuries and under the Muslim pressures, a huge number of Christians converted to Islam. The tenth century witnessed the change in the demography of Egypt, as Muslims became the majority. Poverty, the desire for economic gain, the longing to escape discrimination, and even the choice of a marriage partner have all motivated thousands of Christians to convert to Islam.

The religion of every citizen is on their identification card, which makes the change of religion from Islam nearly impossible. The identification cards lead Christians to be treated by officials as second-class citizens. On the other hand, it is much easier for Christians to convert to Islam than for a Muslim to convert to Christianity. This causes the government and Muslim society to support those who want to convert to Islam. Meanwhile, Muslims who convert to Christianity are denied all rights. They are denied the right to a new ID with their new religion. They are also denied the right to marry or to have their family inheritance in a legal way. Society discriminates against them and takes away their ability to participate freely in their work, study, and family life. Although there are no specific statistics on the number of converts to Islam, it is estimated in the past that there were a few thousand conversions every year. In recent years, this number has declined, as Christian leaders have more actively intervened, and the Christian community has provided more support to those facing pressures to convert.

Active Christian churches and mission-oriented individuals have approached their fellow Muslims in different ways. Depending on the theological perspective and the opportunities for ministry, these interactions can be either direct or indirect. Likewise, the approaches can vary from dialogue, which uses tolerance and mutual respect, to the more confrontational tactic of polemics.

In Egypt, numerous dialogue programs have been initiated between Christians and Muslims. The dialogue between Al-Azhar and the Anglican Church is one of the strategic dialogues that has continued for many years, contributing to more understanding between some Christians and Muslims. For many years, the Coptic Evangelical Organization for Social Services (CEOSS) has held many meetings between Christian and Muslim scholars and leaders, resulting in numerous publications. The Coptic Orthodox Church has also established its own forums for dialogue, where both church and Muslim leaders meet for official occasions such as the breakfast (Iftar) during Ramadan. Likewise, numerous international NGOs and church groups have sought to study Islam and foster dialogue between the two religions.

While dialogue is important, there is also reason for concern. All dialogues have been initiated and financed by Christians. Furthermore, the dialogues tend to concentrate on issues where there is a common ground between the two religions, but fail to discuss contentious theological issues. Unfortunately, these dialogues also take place between elite scholars and leaders, with little to no impact on the common people or on public debate.

Evangelism of Muslims takes many forms. Egyptian law forbids public evangelism outside the walls of the churches. This includes both public evangelistic meetings and the initiation of evangelistic conversations by Christians. The government tolerates Christian evangelism of other Christians, or of nonbelievers, whose political identity is that of Christian. However, any attempt to actively evangelize Muslims is illegal. Nonetheless, Christian churches, organizations, and individuals seek to use any open door for evangelism. The Cairo Book Fair and both Islamic and Christian religious festivals provide excellent opportunities to make Christian literature accessible. Christian satellite channels such as Sat-7, Al-Hayat, Al-Karma, and Miracle also have a strong impact upon both Christians and Muslims. It is hard to measure the results of this work, but the correspondence received by these channels suggests that they are indeed surprisingly successful.

Besides public events and media initiatives, one-to-one evangelism and distribution of both the Bible and the Jesus film are among the most effective methods of evangelism. Again, it is impossible to measure the results of these evangelistic efforts. However, some estimate the total number of Muslim converts to be in the millions. This is more striking when it is understood that a Muslim who converts to Christianity can face extreme reprisals from family, employers, and friends—with no legal recourse. When their conversion becomes known, many are forced to move or even emigrate.

Taking a more holistic approach, many Christian organizations started with social ministries as a way to interact with Muslims. This method was first used by Western missions, including the Church Missionary Society (CMS) and the American Presbyterian Mission. Schools, medical clinics, and literacy programs were established, family awareness programs begun, and micro-credit projects organized in order to help and support needy Christians and Muslims. The Presbyterian Church continues to use this same approach, as seen in its numerous schools and the multiplicity of projects of CEOSS. Catholics were also pioneers in reaching out to Egyptian society through a wide range of organizations such as Caritas, schools, clinics, and other special needs projects. Likewise, the Coptic Orthodox Church also ministers to the needy, but most of its programs target only their own people. These social work projects have played an important role in the country’s socio-economic development. They promote a more peaceful coexistence between the two faiths, which provides a starting point for evangelism.

In recent years, with the advent of satellite channels and the Internet, some Egyptian Christians have begun to use a polemical approach with Muslims. They attack the five pillars of Islam, as well as its Prophet, the Qur’an, the Hadith, and Islamic practices. These attacks range from pointing out contradictions and illogical tenets to ridiculing beliefs. This approach has gained popularity among the vast majority of Egyptian Christians because it allows them to express the pressure they themselves have suffered for fourteen centuries. However, some Christian leaders believe that this approach could make Muslims more aggressively defensive when they are evangelized, and point to the many Muslim scholars, writers, and groups who have reacted against these polemical tactics and are seeking to mobilize Muslims against them. On the other hand, an unknown number of Muslims have sought answers to questions raised by these programs, and some have indeed converted to Christianity.

The majority of Christians in the Middle East now live in Egypt. In their long history with Islam, Egyptian Christians have kept their Christian faith and even contributed to global Christianity despite centuries of persecution and oppression.

It is to be hoped that the Egyptian Christians can overcome the pressures that have kept them from proclaiming the gospel freely. They need to defeat the inner fears that bind them. With their knowledge of Islam and the Qur’an and their extraordinary experience in dealing with Muslims, Egyptian Christians can cooperate with other Christians in their interaction with Muslims. Egyptian Christians are especially fit for the task due to their proximity to the Middle Eastern, Islamic, Arabic, and African cultures, traditions, languages, and economic situations. The global church needs to discover the Egyptian church anew, looking to a common future while learning the lessons of the past. 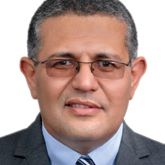 Tharwat Wahba is an ordained pastor in the Evangelical (Presbyterian) Church of Egypt. Wahba did his PhD studies at London School of Theology on the history of Presbyterian mission in Egypt and Sudan. He is currently teacher of mission and evangelism and chair of the Mission Department at the Evangelical Theological Seminary in Cairo (ETSC), Egypt. He worked as campus director with Campus Crusade for Christ in Egypt for twelve years.