Evangelical Christians should welcome the new direction being offered by John Morehead in approaching other religions, especially as they exist in the modern West. What we used to call cults and more recently have termed new religions are indeed an important cultural artifact of our time and, in the form of some of their nineteenth-century exemplars, most notably the Latter-day Saints and the Jehovah’s Witnesses, are having a significant global impact. If history offers us any insight, we can be assured that most of the new religions will be with us for the long haul, and a few will grow into significant religious bodies.

At the same time we are living in the midst of some unprecedented changes. The emergence of so many new religions has paralleled the radical growth in population that has seen the world’s population increase from three billion in 1960 to seven billion today, while the United States has grown from 200 million to above 300 million in the same period. This radical growth allows room for all religions (not to mention irreligion) to grow simultaneously. Christianity has continued to grow spectacularly in the last generation even as secularists have organized and gained a new voice, older world religions have expanded, and new religions have proliferated. In the midst of this growth, however, adherence to Christianity has genuinely shrunk in its major bastion, Europe, and some of the older denominations have showed measurable decline in North America.

Possibly as important for the growth of Christianity, the end of colonialism has provoked a change in world mission. The loss of government support for missionary work has led to a revival of the world’s religions, their development of a missionary impulse, and the demand for an end to secular privileges to Christians above those granted to other religions. Throughout much of the world the church faces some blowback for its alignments with often-repressive regimes in replacing a country’s traditional religion. Since the 1970s, we have seen the reemergence of indigenous religions in Asia and Africa and must now encounter learned Buddhist, Muslim, and Hindu apologists. We can no longer think of Christianity as having a corner on theological and philosophical scholarship.

All the projections for the new generation suggest that Christianity will continue to grow numerically, but will remain the religious home to about a third of the world’s population. It is yet to be seen whether European Christianity will stop its decline. In the United States, Christianity will continue to grow, but, as it already approaches over 75 percent of support in the population, will likely not grow much more percentage-wise. The community of non-Christian religions (and of the anti-religious and non-religious) will remain a strong minority presence. While those who adhere to other than orthodox Christian perspectives are most visible in urban areas, they now are appearing in the rural countryside. We meet them as we shop, their children attend the public schools, and slowly they emerge on the public stage as entertainers, sports figures, and politicians. And while new religions are not simply the product of angry ex-Christians, we do notice that many Western adherents of other religions are former Christians who had a bad experience in the church in their younger years, some of whom are happy to testify of how they found light and truth in their new faith.1 I have been a long-time critic of what Morehead calls the rational-apologetic approach to the new religions. Its proponents have more often than not viewed the new religions as inferior forms of religion, which has led them to dismiss any need for understanding them, to denigrate them, and to see their adherents as misguided, duped, or even stupid.2 This approach has, in my opinion been unproductive, in that it has led to few converts and done little to prevent the flow of people from the Christian community to them.

Dialogue appears to be the more productive way forward. On a practical level, dialogue, when done according to the rules, does produce understanding—the effects of the post–World War II Jewish-Christian dialogue being the most obvious example. On a secular level, we who reside in the West will have to work with members of new religions at our jobs, in social circles, and especially with our children in the public schools. Some understanding of the values articulated by the different new religions, values that we also share, should produce a stronger cohesion in our own communities.

Even more practical, Christians in other lands often face discrimination and even persecution because in parts of Asia, the Middle East, and Africa, Christian churches are the new religions on the block. How we treat and interact with the strangers in our midst serves as a parable of the benefits of religious freedom and the possibilities of a religiously pluralistic society that can be and should be carried to other lands.

And on another level, as members of new religions show some interest in Christianity, our ability to build on the positive elements of their former faith will go a long way in welcoming them into a Christian worshipping community. There is nothing like dialogue, and the firsthand familiarization it gives us of other faiths, to assist us in our Christian mission.

Having suggested some reasons to engage in dialogue, let us be clear that dialogue with the new religions is never easy. Like dialogue with the older faiths, it requires preparation and patience, and the ability to listen and be open to engaging the other. But the situation with new religions offers additional problems. First, new religions are just that—new—and often they are concentrating so much on their own survival and establishment that they have yet to develop the tools for dialogue. They most often come from a learned tradition, but have yet to create an intelligencia (i.e., trained theologians). Some groups have been formed in reaction to an over-intellectualized approach to faith, which they see as destructive of spirituality. And, just as some Christians often see themselves as discriminated against and misunderstood, so many members of new religions have experienced discrimination and are surprised when anyone wishes to understand them.

Second, new religions are not all alike. When we label one a “cult” and now lump them together as “new religions,” it is easy to forget that they are very different from each other, and almost nothing we say about new religions in general, except that they are not like us, is true. Zen Buddhists differ from Wiccans as much as they do from Christianity. In like measure, Scientologists are very different from Hare Krishnas or members of the fundamentalist LDS. Both the secular cult awareness and Christian countercult movements faltered in their presupposition of the common shared traits of new religions.

That being said, there are many openings for dialogue. At present, a number of the new religions have developed a learned body of representatives who possess the ability to speak seriously about their faith and a willingness to engage like-minded Christians in conversation. One thinks immediately of the Unification Church, the Hare Krishnas, Pagans and Wiccans, Soka Gakkai, and Tenrikyo, and among the older “new religions,” of groups such as New Thought, Theosophy, and the Latter-day Saints, not to mention the more questionable new Christian movements such as Word of Faith Pentecostalism. All of these forms of faith show every sign of being with us for the foreseeable future. Just as we now train missionaries we send to foreign lands to understand the dominant faiths of the regions to which they go, we should be able to raise up Christian leaders who know and understand the world’s religions in their newer vibrant faiths that are now present and growing in the West.

2This understanding is most clearly imbedded in the very name of the Berkeley-based countercult organization, the Spiritual Counterfeits Project. 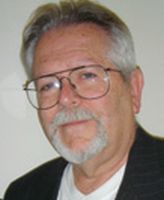