I am grateful for the opportunity to respond to John W. Morehead’s essay “Evangelical Approaches to New Religions: Countercult Heresy-Rationalist Apologetics, Cross-Cultural Missions, and Dialogue.” I resonate with Morehead’s perspective and will offer a Christological and Trinitarian proposal that complements his approach.

In John’s Gospel, we find the Gospel writer presenting Jesus as the living Word (John 1:1, 14, 18). One of the implications arising from this presentation is that biblical truth is to be framed relationally. In John 14:6, we find that Jesus refers to himself as the way, the truth, and the life. While propositions matter, biblically based, doctrinally true propositions find their point of reference and ground in Jesus—the truth who is personal. He is the ultimate truth of God to which such true propositions correspond.

One theologian who has reflected at length on a Christologically framed approach to truth is Karl Barth. In the Church Dogmatics, volume I/1, Barth presents the Word of God in threefold form: Christ as the living Word is revelation; Scripture as the written Word is revelation’s primary witness; church proclamation serves as revelation’s secondary witness.1 Donald Bloesch makes the following claim concerning Barth’s view: “There is something like a perichoresis in these three forms of the Word in that the revealed Word never comes to us apart from the written Word and the proclaimed Word, and the latter two are never the living Word unless they are united with the revealed Word.”2

What bearing does all this talk of a Christological model of the Word and truth have on our present discussion? Many evangelicals talk at length about relational or, more specifically, friendship evangelism. The appropriate ground for such talk is the identity of Jesus Christ as the living, personal Word, who becomes incarnate (John 1:14) and who reveals to us the Father (John 1:18; 14:6–7) in the Spirit (John 14:23–26).

The relational-incarnational model noted here still accounts for rational consideration and rigorous argumentation, as illustrated by Jesus’ challenge to members of the Jewish rulers, as recorded in John 5. The living Word who breathed the Scriptures to life as his written Word enters his people’s lives (see John 1:11) and challenges the rulers’ attempts to control God’s written Word—which involves their rejection of him, his claims, and his work (John 5:18). Jesus counters them by claiming, “You diligently study the Scriptures because you think that by them you possess eternal life. These are the Scriptures that testify about me, yet you refuse to come to me to have life” (John 5:39–40).

It is worth noting that Jesus engages the Jewish religious leaders differently than he does such individuals as the Samaritan woman with her syncretistic beliefs and her community (see John 4:1–42). It is also important to highlight the contrast between Jesus’ engagement of this Samaritan woman and Nicodemus, one of the members of the Sanhedrin (John 3:1–21). Jesus challenges Nicodemus much more fervently than he does the woman at the well for their respective forms of error (in the case of Nicodemus, see John 3:5–12). Nonetheless, in both cases, we find Jesus engaging them relationally. In fact, it is most likely the case that both individuals come to faith in him in due course (in the case of Nicodemus, see John 7:51–52; John 19:38–42).

In each instance, Jesus creates space in his life for his views to be heard. After all, he is the Word who became flesh. Rather than engaging in drive-by evangelism, Jesus inhabited the people’s cultural universes, understanding not simply their worldviews but also their social settings. Jesus’ form of engagement makes it possible for evangelicals to approach people holistically, which goes beyond simply understanding and addressing their belief systems. A relational-incarnational model that builds upon Jesus’ way enables one to place people’s beliefs in the context of their social environments and to approach each person on his or her own terms, as illustrated by Jesus’ various encounters, including those with Nicodemus and the Samaritan woman.

I have sought to model the use of such a framework as I engage Mormons, Pagans, Buddhists, Muslims, and others. Mormons and Buddhists are not “ists” or “isms.” They are people. I have never encountered a generic person. Each person must be accounted for in individual and personal terms,3 as reflected in Jesus’ encounters with the people in his day. With this in mind, it is very important that I come to understand why this person is a Buddhist or Mormon or Pagan: what is it about the particular tradition that speaks to this person and engages him or her personally, holistically, and in particular terms? It is worth noting in each instance that while these various traditions espouse beliefs of various kinds, they do not ultimately approach religion and spirituality in conceptual or doctrinal terms, as many Christian communities do. Christianity is unique in this regard and has influenced comparative religion analysis with good and bad results.

We should not conceive of religion exclusively in terms of beliefs, although evangelicals should account for beliefs in engaging other religions. As Nicholas de Lange writes,

The use of the word “religion” to mean primarily a system of beliefs can be fairly said to be derived from a Christian way of looking at Christianity. The comparative study of religions is an academic discipline which has been developed within Christian theology faculties, and it has a tendency to force widely differing phenomena into a kind of strait-jacket cut to a Christian pattern. The problem is not only that other “religions” may have little or nothing to say about questions which are of burning importance for Christianity, but that they may not even see themselves as religions in precisely the way in which Christianity sees itself as a religion. At the heart of Christianity, of Christian self-definition, is a creed, a set of statements to which the Christian is required to assent. To be fair, this is not the only way of looking at Christianity, and there is certainly room for, let us say, a historical or sociological approach. But within the history of Christianity itself a crucial emphasis has been placed on belief as a criterion of Christian identity. . . . In fact it is fair to say that theology occupies a central role in Christianity which makes it unique among the “religions” of the world.4

A theological or doctrinal approach to approaching religions is not comprehensive. One must also speak of the cultural, experiential, and historical dimensions, including consideration of various traditions’ stories, symbols, rituals, and practices. In view of de Lange’s analysis, it is critically important that evangelicals differentiate between the questions they themselves wish to raise concerning other faith traditions in view of evangelical convictions and the questions these traditions raise of themselves. It is important not to impose on another tradition evangelical methods and value judgments when seeking to assess these religions on their own terms. Evangelicals must learn to approach Mormons and Pagans from their own tradition’s vantage point, including self-assessment pertaining to matters of internal coherence and personal appropriation, while also addressing evangelical concerns of external correspondence, accounting for various traditions’ claims that give rise to competing notions of ultimate reality.

Jesus is not a doctrinal proposition or system, but is paradigmatically important for assessing all truth claims regarding God from the Christian vantage point. Moreover, given that Jesus was incarnate in a given cultural milieu, we must present his claims and engage people in concrete terms, accounting for the web of their social settings—including stories, symbols, experiences, rituals, and practices. If we evangelicals wish to be fully biblical, we must approach people from an expansive framework, as our Lord did and does. This expansive framework has made it possible for me to approach people of good faith, who are on other paths, in good faith as unique representatives of their particular traditions. As a result, it has opened up doors for understanding, not misunderstanding, and heart to heart, life on life engagement at their centers of worship, in classroom sessions at my seminary, and over potluck dinners and one-on-one conversations over meals.5

2Donald G. Bloesch, Christian Foundations, vol. 1: A Theology of Word and Spirit: Authority and Method in Theology (Downers Grove, IL: InterVarsity Press, 1992), 190. Bloesch will later refer to Barth’s connection of this threefold model of the Word of God to the unity within the Trinity involving the Father, Son, and Spirit (p. 314 n. 10). See also Church Dogmatics, I/1, 120–24.

5For example, see my blog posts, Uncommon God, Common Good at Patheos Blogs: “Why Did the Buddhists and the Evangelical Christians Cross the Road? To Have a Potluck” (June 24, 2013), http://www.patheos.com/blogs/uncommongodcommongood/2013/06/evangelicals-and-buddhists-share-and-probe-a-unique-and-fruitful-dialogue-in-portland/; “Multi-Faith Discourse: Beyond Lampoon Tract Propaganda” (June 22, 2013), http://www.patheos.com/blogs/uncommongodcommongood/2013/06/multi-faith-discourse-beyond-lampoon-tract-propaganda/. See also my essay “Table Fellowship with Our Buddhist Neighbors for Beloved Community,” to be published in 2013 in the Association of Theological Schools’ journal, Theological Education. The article is based on the report for the grant received by the seminary and university’s Institute for the Theology of Culture as part of the ATS Hospitality and Pastoral Practices project to work with Buddhists in our community to develop practices of hospitality and neighborliness. 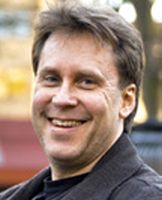 Paul Louis Metzger is professor of Christian theology and theology of culture at Multnomah Biblical Seminary/Multnomah University and the founder and director of the university’s Institute for the Theology of Culture: New Wine, New Wineskins. Dr. Metzger is also editor of the institute’s journal, Cultural Encounters: A Journal for the Theology of Culture. Dr. Metzger is the author of numerous works, including Connecting Christ: How to Discuss Jesus in a World of Diverse Paths (Thomas Nelson, 2012) and The Word of Christ and the World of Culture: Sacred and Secular through the Theology of Karl Barth (Eerdmans, 2003). His blog “Uncommon God, Common Good” appears at Patheos’ Evangelical Channel and The Christian Post. Dr. Metzger received his doctorate from King’s College London, University of London, and is a member of the Center of Theological Inquiry, Princeton, New Jersey. He is a charter member of the Evangelical Chapter of the Foundation for Religious Diplomacy (FRD) and a Senior Research Fellow of the FRD.