I held my breath with great hope as the new director of the Office of Interfaith Dialogue and Engagement at a major university reached the podium. Many universities work hard to care for students from a variety of religious backgrounds, but due to philosophical, political, or religious reasons many attempts often fall short. I yearned for her to claim a new narrative for the interfaith community and to say, “This school is ready to dive into the complexities of loving our neighbors.” While we waited an international student from Uganda sat down next to me. I noticed her face was badly scarred. Without expressing any bitterness towards Islam, she briefly shared her experiences about growing up in a Muslim family and how she is now a proud follower of Jesus. As I listened I could only think, “This is someone who understands what it means to question one’s own faith, to interact with other religions in meaningful ways, to be an explorer of truth, to be shaped and reshaped as a human, and to build peace across seemingly otherwise divisive barriers.” This woman’s story stood in contrast with the director’s speech, which was devoid of any vision regarding the potentially transforming power of multifaith encounters.

The evangelical church in America has not equipped its Christian high school students well for the opportunities and challenges of engaging the religious “other” during their college and adult years. Currently, there are approximately 14 million Christian university students in the U.S. When I visit campus fellowships I often ask students whether students have at least one Muslim friend and shockingly very few do. When I inquire about why this is the case the most common response is one of paralysis: “I wouldn’t know what to do or say.” 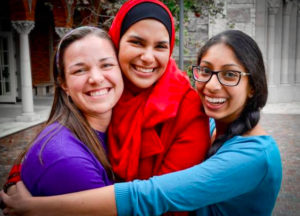 Most college students in the U.S. have grown up in a post-9/11 world marked by fear, hostility and violence towards “outsiders.” Despite this, the number of Muslims residing in the U.S. continues to rise. In the 2015-16 academic year there were 155,581 international students from primarily Muslim majority countries enrolled at a U.S. campus. This represents a 100 percent increase since the year 2000. When added to the estimated 550,000 Muslim-Americans enrolled in college, Muslim students now constitute at least 3.5 percent of total student enrollment. If compared to the 1:100 ratio of Muslims to the general population, it is evident that Christian college students are encountering religious “others” at a considerably higher rate than the average American adult. In addition, these numbers do not take into consideration the 850,000 non-Muslim international students arriving from countries where Christianity is a minority religion.

Recent discussions among members of the Association of Theological Schools (ATS) are encouraging for educators who are passionate about multifaith engagement on college campuses. I have participated in conversations where our theological institutions are grappling with what it might mean to move beyond teaching students about other religions and instead to provide opportunities for student transformation through building actual relationships with Muslims and people of other faiths. This approach would allow students’ theology and praxis to be more intimately integrated with one another.

I deeply respect InterVarsity’s heartbeat to reach every ethne (i.e. ethnicity) on our campuses with the good news of Jesus. However, there remain groups on campus that are systematically overlooked by InterVarsity not least of which are those of other religious affiliations, particularly Muslims or Hindus. Where this is the case, campus ministry leaders need to assess what missiological practices (or lack thereof) have led to this oversight. Moreover, they need to challenge and confront one another in order to examine where personal fears and insecurities may have consciously or unconsciously withheld the light of Jesus.

InterVarsity is in an exciting season of intentionally engaging Muslim students in dialogue, friendship, and Gospel conversations. We are seeing an increase in students and staff involved in in investigative Bible studies with Muslim students as well as events intended to reach out in neighborly love, such as peace feasts. We could not be pursuing these efforts without the kind of strategic partnerships the ATS schools have sought.

The challenge for us is to empower and release students for multifaith ministry. We would love to see each of our nearly 40,000 staff, faculty, and students have at least one Muslim friend. This simple act could have the power to impact how we direct our organizational energy, theological reflection and resources. Moreover, friendships based on trust and mutuality most certainly will shape the church’s ability to lead in a divisive culture. This foundation will help raise the next generation of leaders needed for our new multifaith reality. 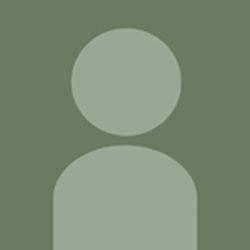 Corey Parks has worked with InterVarsity for over 20 years and is currently focused on serving Muslim international students. She has spent extensive time in the Middle East leading short- term student teams, and has a Master’s Degree in Islamic Studies with a focus on understanding the unique journey of Muslims students towards Jesus.