Although not good English, the plural in the title of this reflection, “Edinburghs,” draws our attention to the significant ways in which both the original meeting in 1910 and its centennial have helped and inspired the worldwide Christian Church to tackle interfaith issues and dialogue with the religious “other.”

The first Edinburgh clearly stood on the basis of the “fulfillment theory” of religions, as the following quotation indicates: “We can see how the whole Apostolic view grew out of the twofold endeavor of those first missionaries of the Church to meet what was deep and true in the other religions, and to guard against the perils which arose from the spell which these earlier religions still cast upon the minds of those who had been delivered from them into the larger life of the Gospel.”1 Simply put, fulfillment theory held that the Christian gospel fulfilled those seeds of truth that were present but obscured in other religions. Somewhat ironically—in light of the fact that the 1910 meeting did not have any Roman Catholics in attendance—Vatican II’s view of religions as expounded particularly in its Nostra Aetate (“Declaration on the Relation of the Church to Non- Christian Religions”) adopted this view and made it a leading theological theme.

Between the two Edinburghs much has happened in the world and in the Church’s appraisal of religions. Religious plurality, and as a consequence various types of religious pluralisms (again, in the plural, since there are many types of “-isms” in this regard), has become part of our everyday life not only in the “mission lands” but even “here at home.” Christian theology has also picked up the task of theological reflection on the role of religions and the importance, conditions, and challenges of interfaith dialogue. Even beyond that, in recent years, comparative theology—an attempt to complement the more abstract approach of the theology of religions with specific investigations into topics and themes between religions such as, say, Christian, Muslim, and Hindu views of Jesus or revelation—has become an important and fruitful task.

All of these recent developments, as well as the changing foci and emphases of the ecumenical movement’s relation to religions and interfaith issues, formed the background of the Theme II of the Edinburgh 2010 conference. What I mean by changing foci and emphases is the fact that in the 1960s and 1970s, it appeared that the World Council of Churches (WCC) would “go left” towards relativism on interfaith issues and end up frustrating the whole idea of mission to peoples of other faiths. That didn’t happen. Beginning in the 1980s, the approach of the WCC has been more mainstream and balanced, and so both the missions department and the interfaith department have found their justification. Particularly in the 2005 World Conference on Evangelization and Mission (in the preparatory work for which I served for seven years, including participation in the two-week meeting), there has been a closer relationship between mission work and interfaith issues.

The main concern and opportunity of the 2010 meeting rested not surprisingly on the issue of how to do mission in a deeply pluralistic world. Along with religious pluralism, issues of multi-ethnicity, multiculturalism, urbanization, and radical changes in information technology and virtual realities occupied the minds of the Theme II participants. Much time was also devoted to the multifaceted question of the relation of witness and evangelization to dialogue.

The composition of the Edinburgh 2010 meeting, with participants from all over the world, in contrast to almost exclusively Western countries of the 1910 gathering, and from all Christian churches, rather than only Protestant, made the discussion of any topic both richer and more challenging. What was also significant is that the facilitating group of the Theme II actively reached out to Evangelical and Pentecostal contributors. Rather than trying to artificially reconcile the differences, let alone eliminate the diversity of viewpoints, both the tentative report2 and the forthcoming special study on interfaith issues3 make room for different types of Christian attitudes.

If the fulfillment model was the defining characteristic of the 1910 meeting, then “dialogical mission” or “missional dialogue”—if these neo-logisms are allowed—best define the 2010 approach:

Dialogue is a basic way of life because Christians share life and contexts with neighbours of other faiths. This implies that they establish dialogical relations so that there is hope of mutual understanding and fruitful co-existence in multireligious and pluralistic societies. . . . Dialogue is no [sic] a substitute for mission or a hidden form of mission. Mission and dialogue are not identical, neither are they so opposed to one another. One can be committed to dialogue and to Christian witness at the same time.4 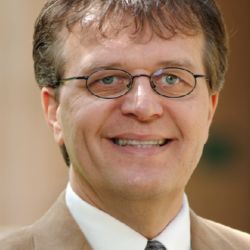