Marianne Meye Thompson is the George Eldon Ladd Professor of New Testament in Fuller’s School of Theology. An ordained minister of the Presbyterian Church (USA), she is the author of multiple commentaries, and coauthor of Introducing the New Testament: Its Literature and Theology. 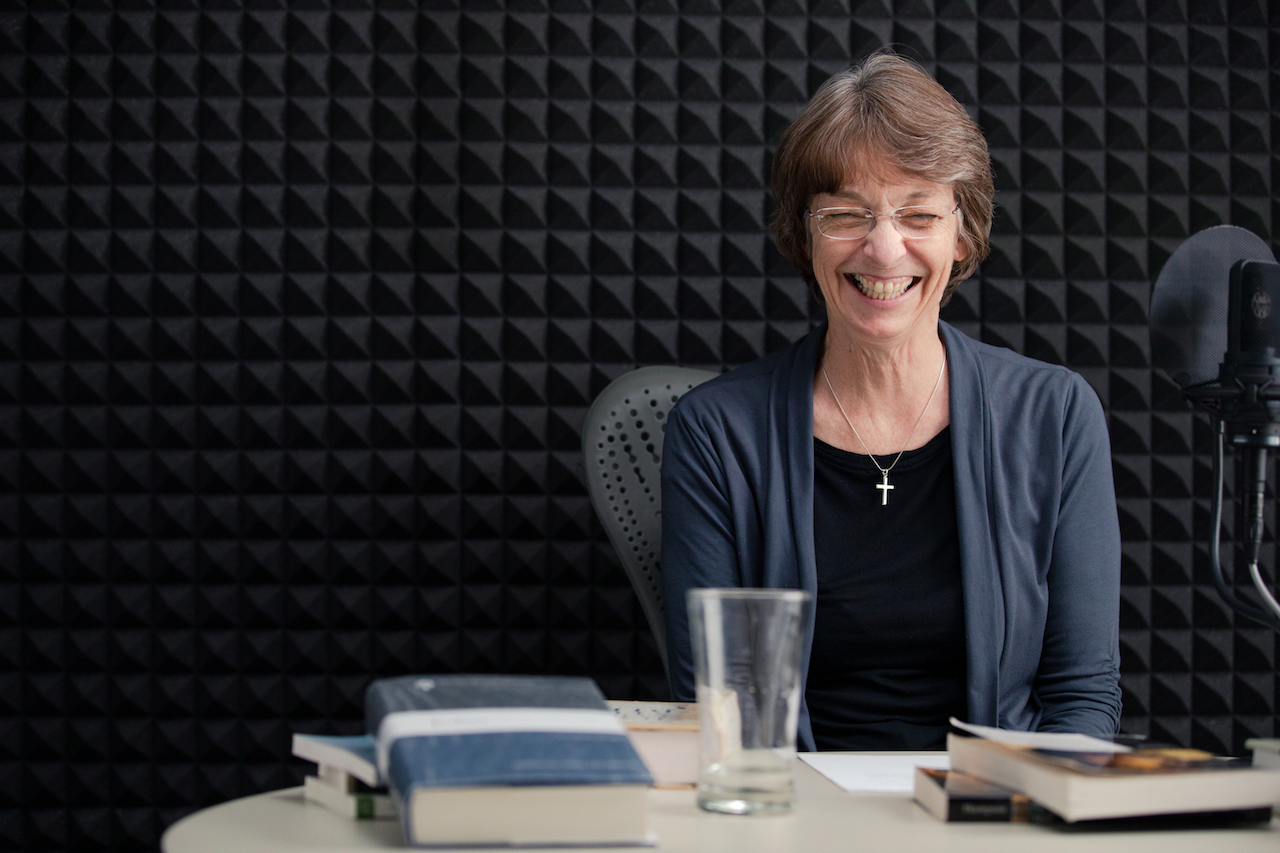 Were you in the class where we wrote paraphrases? This was an assignment where you could write a paraphrase of Colossians. And I’ll tell you—some of the things people wrote—they were just wonderful. Like where Paul writes that your debt was nailed to the cross and then that very bond was destroyed, someone wrote, “God takes a pencil and, you know, he wrote all our sins. Then, he turned the pencil around and erased them, and then he threw the tablet away” or something. You know, it was just, it just they were trying to get this. One guy did a whole thing; it was like the Wild West. “The long arm of the law reached out and that sheriff came…” You know, it was just… (laughing)

My name is Dr. Marianne Meye Thompson, and I’m the George Eldon Ladd Professor of New Testament. I’m going to be talking today about Paul’s letter to the Colossians.

Colossians is a short letter, one of Paul’s shorter letters, and it is among the letters we call the Prison Epistles because it is written while Paul is in prison in Roman custody. If you think about Paul being in captivity in prison, we might suggest that might make him want to write about himself, to tell them about his circumstances, about his captivity, about his imprisonment—what it’s like. But in fact he writes very little about his own captivity.

Instead, he writes about what we might call another kind of captivity, a captivity he fears for the Colossians. Namely, that they will become captive to false views about Jesus, to false teaching about Jesus, to false beliefs about Jesus. And his worry is not that he is captive in a prison cell, but that they will be captive to this false teaching about Christ. And he worries that they are sacrificing Christ’s supremacy, Christ’s uniqueness, and that they are giving away way too much because they are giving up on the lordship of Christ over all the world.

And so, this is a theme that comes through throughout the letter to the Colossians: that Christ is the one Lord of all. He is God’s agent in creation. He is God’s agent in the creation of everything that exists, so that nothing exists and no one exists that wasn’t made by the power of Christ. Not only is Christ the agent of creation, he’s the means by which God holds the world together, the means through which the world is sustained. So, it’s not that God made the world through Christ and then just abandoned it or let it go but that God continues to hold the world together, says Colossians, through the agency of Christ.

So, it’s interesting in the letter how often Paul uses the little word “all.” Christ is the firstborn of all creation. In him, all things were created. He is before all things. In him, all things hold together. All the fullness of God dwells in him. He reconciles all things to himself. In him are hidden all the treasures of wisdom and knowledge. As Paul sums it up, “Christ is all and in all.”

So, one of the other themes that this letter stresses is gratitude, or thanksgiving. If in fact Christ is all and in all, if God has given us all things in him, if he is the source of all life, what response is there except that of thanksgiving. And if he is the source of all, and in all, then when you look at the other next to you, what response can you make except the kind of response that Christ made to us? Peace, love, harmony, unity.