When the editors of the journal sent me the invitation to reflect on the relationship between interfaith engagement and Christian mission I was quite surprised. My surprise was not that I had been asked to reflect on the topic—I certainly have something to say in this regard. My surprise, rather, was to be included, as the invitation note put it, “in a select group of evangelical scholars from around the world”! I am, after all, not an evangelical. I am a Roman Catholic.

My surprise, however, turned almost immediately into a sense of being honored. Through the years I have learned much from my evangelical brothers and sisters, and a good number of years ago I even wrote an article about what Catholics can learn from evangelical mission theology.1 In many ways, I see myself as an “evangelical Catholic,” especially in the sense that I have a strong sense of mission and a need for my faith to be deeply heartfelt and experiential. For other evangelicals to include me among their ranks, therefore, was truly an honor, and something for which I am profoundly grateful. More important, I believe, than our denominational or ecclesial differences, we are sisters and brothers, members of the Body of Christ, called to bear witness in word and deed to God’s love in the world revealed in Jesus Christ.

I hope that what I write here about the connections between interfaith dialogue and Christian mission will make sense to evangelicals. On the one hand, I believe, what I say will be very Catholic, thoroughly informed by our Catholic teaching office. Some of what follows may therefore differ quite significantly from mainstream evangelical positions. On the other hand, much of what I say
here as a Catholic will dovetail very closely with mainstream evangelical positions as well.

Any reflection on the relationship between interfaith engagement and Christian mission from a Catholic perspective needs to take into account Catholic teaching on the possibility of salvation outside the boundaries of Christian faith. Although much motivation for Christian mission has been given by Mark 16:16, Acts 4:12, and Cyprian of Carthage’s dictum that “outside the church there is no salvation,” the actual teaching of the Christian tradition has been much more open to the possibility for nonbelievers of good will being saved. Several times Jesus remarked in the Gospels on the faith of those considered unclean or unworthy of forgiveness or healing (e.g., Mark 7:24–29; Luke 19:1–10; John 4). Justin Martyr, Origen, Thomas Aquinas, and Bartolome de las Casas, all with roots in the biblical witness, taught about the saving presence of God outside of explicit Christian faith and baptism.2 The Second Vatican Council, however, explicitly and officially taught that “those also can attain to everlasting salvation who through no fault of their own do not know the gospel of Christ or His Church, yet sincerely seek God and, moved by grace, strive by their deeds to do His will as it is known to them through the dictates of their conscience.”3 Even further, the Council taught that the religions of the world “often reflect a ray of that Truth which enlightens all peoples.”4 This teaching has been repeated by papal teaching and other official documents, from Rome and from regional episcopal conferences, in the fifty years since. It is the basis for the church’s claim that interreligious dialogue is an essential, even constitutive part, of the church’s missionary work.5

The Necessity of Mission

On the other hand, the Council and subsequent official teaching have spoken strongly and forcefully about the need for Christian mission to preach God’s salvation offered in Jesus Christ. Every one of the four Constitutions of the Council begins with some kind of missionary motivation. The Constitution on the Church’s first lines read: “Christ is the light of all nations. Hence this most sacred Synod, which has been gathered in the Holy Spirit, eagerly desires to shed on all peoples that radiance of His which brightens the countenance of the Church. This it will do by proclaiming the gospel to every creature (cf. Mark 16:15).” Along the same lines, Pope Francis has recently stated unequivocally that “evangelization is the task of the Church,” and, quoting John Paul II, who is alluding to his predecessor Paul VI, insisted that “there can be no true evangelization without the explicit proclamation of Jesus as Lord.”6

Is there a contradiction here, as noted evangelical theologian of religions Harold Netland once asked me? Is the Catholic Church trying to have it both ways? I do not think so. On the one hand, Catholic teaching acknowledges the constant presence of the Holy Spirit that continuously seeks ways to lead all women and men into the Paschal Mystery.7 But on the other hand, it acknowledges that “rather often women and men, deceived by the Evil One, have become caught up in futile reasoning and have exchanged the truth of God for a lie, serving the creature rather than the Creator (cf. Rom 1:21, 25).” Salvation is possible, but possible, not a certainty—a conviction that obtains for Christians as well. Indeed, as the Council insists, Christians’ “exalted status is to be attributed not to their own merits but to the special grace of Christ. If they fail moreover to respond to that grace in thought, word, and deed, not only will they not be saved but they will be more severely judged.”8 It is because of the possibility that people will not be saved that “the Church painstakingly fosters its missionary work.”9 So rather than a contradiction, we have more of a creative tension between God’s saving presence in people of other religious ways (or those of no faith) and the missionary obligation to preach the gospel. This is why, among those who are Christians and those who are not, an attitude and practice of dialogue should flourish. Dialogue is in no way a tactic to eventually convert a person to Christ, however. Dialogue is its own end. It allows each party to discover the truth of the other in a process that Doug McConnell, in the article that called for these short reflections, called a “truth encounter.” It should be an occasion for each person in the process to wonder at the richness of God’s grace and the beauty of that grace as it appears in various cultural traditions. It should lead to God’s praise for the Spirit’s active presence in the world. Dialogue, however, also leads to witness and even proclamation. When Christians share their convictions with women and men of other faiths, they do it with a deep desire to bring the other to the truth as they understand it. I remember reading an article by the great Catholic comparative theologian Francis X. Clooney in which he stated that he had never been in a real dialogue where his dialogue partners were not totally convinced of their particular faith. In fact, as Pope Francis puts it, “true openness involves remaining steadfast in one’s deepest convictions, clear and joyful in one’s own identity, while at the same time being ‘open to understanding those of the other party’ and ‘knowing that dialogue can enrich each side.’… Evangelization and interreligious dialogue, far from being opposed, mutually support one another.”10

Perhaps a good way to speak about this Catholic approach to interfaith engagement and mission is to borrow the beautiful phrase of David Bosch that he uses when he himself talks about interreligious dialogue: “bold humility.”11 We need to be bold in our proclamation, but humble too: “We know only in part, but we do know.” Another way this creative tension might be expressed is in the phrase that Roger Schroeder and I have borrowed from the official documents of our own missionary congregation, the Society of the Divine Word: “prophetic dialogue,” a basic attitude or even spirituality that we believe should pervade all of our mission reflection and practice.12 On the one hand, and fundamentally, mission should be lived out in a stance of dialogue—openness, readiness to learn from those among whom we work, respect for people’s cultural and religious traditions. On the other hand, however, mission is not just “being nice,” being open and respectful of others. We come to share with people—as did Israel’s prophets and the women and men of the early Christian community—a message of profound hope, of radical forgiveness, of almost unbelievable joy, of a consistent commitment to justice, of deep inner healing: the message of God’s love incarnate in Jesus, whose Spirit has stirred in the heart of all women and men. There are times when dialogue needs to be the order of the day—when we are in situations where we cannot preach openly, when the best thing to do is to show our concern for people by learning their language and culture, by letting ourselves be nourished by the ancient wisdom of their spirituality. But there are other times when we must speak a word of prophecy—when people who have become fascinated by our joy in Christ ask us to tell them more, when in dialogue we share our innermost convictions, when a situation of injustice impels us to denounce the evil that is keeping people in a dehumanized state. I imagine the practice of mission as a kind of continuum, with dialogue on one side and prophecy on the other. Only the context, only the situation, can tell us when dialogue is more in order than prophecy, or when prophecy emerges out of dialogue.

Our God is a generous God. We see this in Jesus, who preached a message of mercy, who performed mighty deeds of healing, who showed the depth of God’s love in his passion and death, who saw goodness even in those on the margins and outside of his religion, who has shared his mission with us. Such a generous God finds ways to lead the women and men of this world into the peace and joy and life of God’s Reign. We Christians need to be open to God’s generosity as we engage actively, respectfully, and lovingly with those who believe in God differently, or who do not believe at all (sometimes rightly rejecting images of God that are dehumanizing and monstrous, some even presented by Christians!). But this generous God, we Christians believe, is indeed fully present and active in Jesus, and we must be witnesses to Jesus’ truth and God’s saving power in him through the Spirit. Christians meet our generous God as they engage the women and men of other religious ways in friendship and dialogue, and they witness to the fullness of this generous God as they engage in evangelizing mission.

3Vatican II, Dogmatic Constitution on the Church, Lumen Gentium [LG], paragraph 16. This and the following documents of the Roman Catholic Church are available on the Vatican website: http://www.vatican.va.

4Vatican II, Declaration on the Relationship of the Church to Non-Christian Religions, Nostra Aetate, paragraph 2. 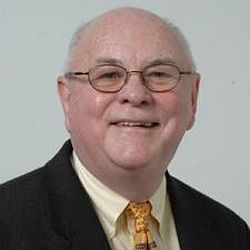 Stephen Bevans is a Roman Catholic priest in the missionary congregation of the Society of the Divine Word (S.V.D.) and is the Louis J. Luzbetak, S.V.D., Professor of Mission and Culture at Catholic Theological Union, Chicago, Il. He has served as a missionary to the Philippines and has taught and lectured around the world. He has authored or coauthored six books, edited or coedited ten, and served as president of the American Society of Missiology in 2006. His latest (edited) book is A Century of Catholic Mission (Regnum, 2013), and in 2014, Mission on the Road to Emmaus: Constants, Context, and Prophetic Dialogue, coedited with evangelical Anglican Cathy Ross, will be published by SCM Press in the UK.