In the context of the triadic evils of racism, tribalism, and religious xenophobia in Rome, Paul pens these words: “Owe no one anything except to love one another, for he who loves another has fulfilled the law. . . .. Love does no harm to a neighbor [or the “other”]; therefore love is the fulfillment of the law” (Romans 13:8, 10).

It is becoming increasingly clear that in a globalized world beset with violence, war, and a consequential struggle for economic resources, mass movement and migration across borders are inevitable. In such social and political settings, one of the critical challenges facing society and the Church is how to see each other as friends rather than foes. The Christmas and New Year’s Eve bomb blasts in Jos and Abuja, Nigeria, and attacks on Christians in Egypt, Iraq, and Turkey last year reveal the continuing tension between Muslims and Christians even as many quest for an integrated global community.

In a multireligious context, the temptation to see the “other” as a possible threat is a tempting initial impulse. Our worldviews of each other are distorted and flawed. Consequently, “People made in the image of God—intended to bring honor to the God of the universe, to give and receive love from others who bear that image, to have the capacity to think, dream, imagine, sing, hope—are not rightly valued.”1 As a result of this, the propensity to perpetuate violence against each other is enormous. In such a situation, Andrew Wingate follows Paul’s advice to the church in Rome: “Don’t let evil conquer you, but conquer evil by doing good.” Wingate argues that one of the primary ways we can conquer evil in this world is by dialoguing with our neighbors. God, the creator of all the galaxies, is not only interacting with his creation but is also in dialogue with it. Therefore, God expects us to be in dialogue with one another.

The beauty of Wingate’s article is its contribution to the present impasse posed by religious extremisms. Wingate convincingly points out the ideologies employed to defy the Christian tenet that all human beings are equally created in the Divine image and likeness. In a religious, ethnocentric, and xenophobic world, he proposes that churches should become advocates for a model of integration without assimilation, rather than being major obstacles to this. Given that the influx of Muslims into Britain and other cities of Europe is a permanent feature of the landscape, churches have to rise up to the challenge of enabling the integration of Muslims in Europe so as to enhance the possibility of them contributing to the common good.

Of all the options possible for evangelical mission in today’s global society, Wingate privileges dialogue as the optimal means for mission. “Dialogue can only happen through meeting. Meeting and encounter with Muslims can lead to friendship and friendship to honesty and trust. ‘Speaking the truth in love’ means also ‘hearing the truth in love.’ And through such encounter, we can reach the point of mutual witness to the distinctiveness of our faiths. And from that difference, acknowledged with mutual respect, we can get to the point of contributing together for the common good.”

Although Wingate’s thesis holds vital implications for mission and dialogue, his discussion of the European setting neglects the reality that in other parts of the world, Christianity holds a minority status. The situation in Iran, Iraq, Turkey, Egypt, and Northern Nigeria, for example, is very different than what is seemingly obtainable in Europe. Here in Nigeria, particularly in the core-North, Christians want to be integrated but they cannot fully do so because they are not Muslims. In fact, the Hausa-Fulani Muslims want them to integrate and assimilate before they can be considered true human beings. As long as they are not ready to become Muslims, they remain second-class citizens in their own motherland. Therefore, in Nigeria, the society faces the continuing challenge of being divided along religious fault lines. This has made it extremely difficult for Christians and Muslims to meaningfully integrate and together contribute to the common good. What message does Wingate have for these churches in these contexts? How far can the Muslim majority go in advocating integration without assimilation for them? I think that Wingate will make a fundamental contribution if he also suggests ways Muslims in the West could help their fellow Muslims at home to foster mutual respect between the Muslim majority and the Christian minority in their home countries.

Having said this, I do believe that the idea of integration without assimilation is a welcome development, particularly in regions where Muslims are in the minority, such as certain areas in Nigeria. I come from Southern Kaduna, where we have minority Muslim communities. I remember how a nongovernmental Christian foundation decided to work with Muslims to build an integrated community in Manchok, in the Kaura Local Government Area. The foundation reached out to the Muslim community by bringing both Christian and Muslim widows and orphans together and giving them revolving loans to create businesses of their choice. The widows were then able to engage in meaningful entrepreneurial activities together, thereby contributing to the economic development of the area. The move encouraged partnership and yielded greater cooperation and friendship instead of the usual paradigm of violence.

Dialogue cannot take place in an atmosphere of distrust. The only way the Church can overcome the temptation of distrust is faith in the God of dialogue. Interfaith dialogue between Christians and Muslims in Nigeria and in Europe can only happen when we take a step of faith to engage the “other” in talking about a way forward. Dialogue demands patience and a deeper grasp of our areas of shared values and understanding. In the midst of extremism, the Church needs to keep the door of world evangelization open. The key that keeps the door unlocked is dialogue.

1Mark Labberton. 2010. The Dangerous Act of Loving Your Neighbor: Seeing Others Through the Eyes of Jesus. Downers Grove, IL: InterVarsity Press, page 64. 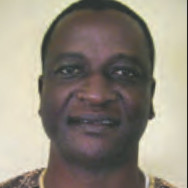