An entry in The Oxford Dictionary of Islam simply defines the transcribed Arabic term “Insha Allah” as: “If God wills. Used in statements of what one hopes will happen in the future, reminding the believer that nothing happens unless God wills it and that only what God wills will happen. Demonstrates the belief that God’s will supersedes human will…”[i] This Arabic expression (أَن يَشَاءَ اللَّهُ – insha Allah) is an equivalent to the French expression: “Dieu voulant” or “si Dieu le veut”, to the Latin “Deo volente,” and to the English, “God willing” or “if God wills”. It is a very common expression among Arab-speaking people, whether they are Muslims, Christians or non-religionists. The expression imbibes both religious and cultural connotations.

From a Muslim conceptual understanding, it is grounded on two verses in the Qur’ān. “And never say of anything, ‘Indeed, I will do that tomorrow,’ Except [when adding], ‘If Allah wills.’ And remember your Lord when you forget [it] and say, ‘Perhaps my Lord will guide me to what is nearer than this to right conduct.’”[ii] (Qur’ān 18:23-24). From a Christian conceptual perspective, this understanding is consistent with James’ exhortation to followers of Jesus:

13Come now, you who say, “Today or tomorrow we will go into such and such a town and spend a year there and trade and make a profit”— 14 yet you do not know what tomorrow will bring. What is your life? For you are a mist that appears for a little time and then vanishes. 15 Instead you ought to say, “If the Lord wills, we will live and do this or that.” 16 As it is, you boast in your arrogance. All such boasting is evil… (James 4:13–16. ESV)

The New Testament Arabic translation of James 4:15a: “…, if the Lord wills…” is similar to the Arabic expression: أَن يَشَاءَ اللَّهُ – insha Allah in Qur’ān 18:24. The only semantic difference lies in the words: الله Allah in the Qur’ān and – الرَّبُّ Rrabb – Lord in the New Testament. Nevertheless, in Qur’ān 18:24, Rrabb (Lord) is also used in parallel to Allah, admonishing the faithful وَاذْكُر رَّبَّكَ إِذَا نَسِيتَ – remember your Lord when you forget…” Christians from non-Arab speaking background widely use the expression “by God’s grace…” which is comparable to “insha Allah”. Thus, both Christian and Muslim concepts acknowledge (at least, to a large degree) the human lack of control regarding events of the future and the necessity to understand that God’s will shall ultimately prevail.

That said, a critical and contextual evaluation of the usage of the expression is, however, necessary. Inasmuch as a Muslim or a Christian may say “Insha Allah” or “by God’s grace” (as the case may be), there are cases where some use the expression in order to absolve themselves from 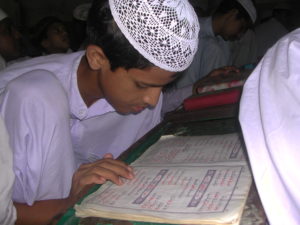 responsibility. In his narrative of his experience while serving as a U.S. Marine in Iraq, Captain Eric Navarro, acknowledges that “it took [him] a little over two hundred and ten days to finally realize that the words [Insha Allah lay] at the heart of the problem in Iraq.”[iii] He insists: “In fact, they [that is: those two Arabic words] are the problem.”[iv] Navarro’s conclusion from his first-hand experience training Iraqi soldiers is that “Insha Allah” in their minds meant that whatever happens to someone was God’s will and has nothing to do with the person’s own actions. He invites his readers to imagine “an entire country that believes that God controls everything and that the citizens have no control over their own destinies.”[v] Truth be told, this understanding is not limited to Iraqis (whom Navarro encountered) alone. It is a widely accepted concept among Muslims in many parts of the world.

A personal experience buttresses the point. My own experience wasn’t in Iraq, rather it was in Rabat, Morocco. I was in a local bank for a transaction, waiting in a line to be attended to by a banker. Si Muhammed[vi] was ahead of me in the queue. The banker told Si Muhammed to go and make a copy of a document and bring it back to the bank. I was there listening attentively to the conversation between the banker and Si Muhammed. The ratification of Si Muhammed’s transaction depended on whether or not he brings the copy of the document. When told to go and make a copy and bring it back as soon as possible, Si Muhammed replied: “Insha Allah.” To my surprise, with a stern resolve and an emphatic tone, the banker said: “No! It’s not Insha Allah. You must bring the copy!”

I wasn’t as smart as Navarro, whom it took only “a little over two hundred and ten days” to grasp the contextual and cultural understanding of “Insha Allah.” It took me over two years, irrespective of the fact that I had lived and engaged with Muslims in my home country and in two other countries in Africa for quite a while. It was that lived experience in a banking hall in Rabat that made the scales fall off my eyes. That day I grasped another dimension of the meaning of Insha Allah in a Muslim Arab-speaking culture. Perhaps it was the inroad I had into the language that helped lift the veil. My takeaway was: Okay, it does not always depend on if Allah wills it or not. Among themselves, Muslims can discern if another Muslim truly means “if Allah wills” or if the one saying “insha Allah” is only throwing out those words to eschew responsibility or to use it to blur the outcome of his or her actions and pass it as one of those things they will call: “ما يَشَاءَ اللَّهُ” mā sha Allah – [it’s] what God wills.

Whether one is a follower of Jesus or a follower of Muhammed, it is essential that we be true and do not use “by God’s grace” or “Insha Allah” (as the case may be) to cover up our intensions to dodge responsibility or to speak lies to one another in order to pass the buck saying: ‘It is what God wills.’ What I have tried to concisely enunciate here lies at the core of the failure of many international and political peace talks and peace agreements–I mean only those peace talks and agreements that involve Islamic nations or Muslim leaders who come to the table of peace talks with their Islamic vision to dominate the world. At such talks, they say: “Yes” to an agreement, but truly in their minds, they have a different agenda and interpretation of what was agreed. Jesus’ followers, on the other hand, must not follow the path of the crowd who cried out “God wills it!” on November 27, 1095, in Clermont, France, after Pope Urban II had preached calling “on Frankish knights to vow to march to the East”[vii]  for what became known as the first of the Crusades. Jesus, who through his death on the cross made possible the redemption of the nations, cannot support the use of that symbol (the Cross) as an insignia to march and kill people in the name of “God wills it!” And neither will the Maker of the heavens and the earth, who is all Merciful and Most Compassionate support anyone killing humans whom God loves to save and give true life in the name of “Insha Allah” or “Mā sha Allah”! May our “Yes”, be truly Yes; and our “No” be truly No!

[iv] Ibid. Navarro considers the expression as two words (Insha Allah) based on the English transcription. In Arabic, however, the expression is made up of three words (أَن يَشَاءَ اللَّهُ – In sha Allah).

[vi] When speaking of a man you do not want to mention, or do not know, his real name in Morocco, the name Si Muhammed is used. It means Mr. Somebody 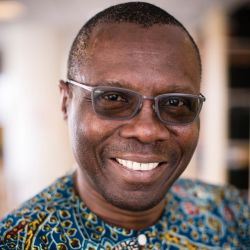 Uchenna D. Anyanwu is a PhD student at Fuller’s School of Intercultural Studies. He is researching Staurocentric Pathways to Peacebuilding in the Context of Islamists Acute Violence in Nigeria, under the doctoral mentorship of Professor Evelyne A. Reisacher. Uchenna served in different cross-cultural contexts in West and North Africa for 15 years.