in the Asian American Church

As distant echoes for some and as the elephant in the room for others, Confucianism is present in the lives of Americans of East Asian descent. Other elements of Asian cultural and religious heritage, like Buddhism and Taoism, linger as well, even without any explicit affiliation or practices. All these elements remain mostly unarticulated and unidentified. This is no different for American Christians of East Asian descent; the implicit and embedded character of these cultural forces is common. In this discussion, we are not addressing a pure or even coherent Confucianism, but rather hybridic Confucian themes and ideas in the lived realities of East Asian Americans.

In order to correctly frame our reflection, we need to identify what we mean by Confucianism. Historically, what has gone by the name of Confucianism, or Ruism, in China has been a mixture of classical Confucianism, which reflects the ideas of Confucius, and another political tradition called Legalism, which is much more like Machiavellian realpolitik. An analogy might be the distinction between Jesus and Christendom and Confucius and Confucianism, a sort of “Confuciandom” also known as “imperial Confucianism.” While we cannot unpack these ideas here, this reality of Confucianism’s historical development cautions us against being too simplistic in our discussion of a tradition that is over two millennia old. Given space limitations, I will not be able to tease out all of these nuances, but readers should be aware that there are complex levels beneath the surface of this discussion.

In Asia, East Asians are not necessarily more aware of how their lives are impacted by Confucianism. They might not believe that their modern post-Confucian sensibilities arise out of a Confucian heritage. The same is true here in the US. For example, many Americans, including Asian Americans, are not aware of the impact of the Enlightenment on their lives and their faith. In order for the gospel to bring about deep transformation in the lives and communities of these believers, Confucian influences, along with all the other elements of Asian heritage, must be named and theologically engaged.

There are a number of reasons why Confucianism is often prominent in the lives of the East Asian American Christian community. Confucianism’s emphasis and ordering of familial relationships, and its generally secular approach, poses less direct confrontation with the Christian faith. Confucian values can easily be shared and passed down through the family unit, which is usually reinforced in the process of immigration and post-immigration. As parents become the embodied representation of Asianness for later Asian Americans, the Confucian relational dynamic becomes fused with Asianness as well. For this reason, filial piety and the family-centric worldview is highlighted above other themes within Confucianism.

Within East Asian American churches, subterranean Confucian influences work to bolster hierarchy, duty, and the reciprocal aspects of filial piety, in relationship with God. Moreover, Confucian patriarchy and sexism continue to be largely unchecked in these communities of faith as well. When these themes resonate closely with those of legalistic moralism and external performativity in American evangelicalism, the contextual confluence results in their becoming overemphasized throughout their Christian spirituality. Unwitting East Asian American churches can become pro-Confucian institutions.

This reality of contextual confluence has not been lost on some Asian American leaders. In fact, Confucianism has been identified as the main culprit in the spiritual woes of female Asian Americans. There might be a Confucian captivity of the East Asian American church that is akin to right wing political captivity of some white evangelical American churches, with their white nationalism and colorblind racism. What I mean by a Confucian captivity is a gospel that is truncated or coopted by the patterns of Confucian thought of hierarchy, family-centric cosmology, and orientation towards self-discipline and morality. Overall, if Confucianism is recognized at all, the impulse is often to cleanse all of these “pagan” influences for a purer and more biblical faith.

The virulent Orientalism of mainstream American society contributes to this negative assessment of Confucian influence. Orientalism is the othering of “the East,” picturing it as something exotic, different, fantastic, or even grotesque. Through literature, media, and everyday interactions, Asian Americans are programmed with the message that Asianness is unwanted and unattractive, and at best, a liability. Since Confucianism is a key expression of this Asianness, it falls victim to this Orientalism as well. Christianity does not necessarily help curb these cultural forces, being largely complicit in othering Asianness.

Moreover, along with this Orientalism, there is a notion within American society of white normativity, that is, what it means to be generically American, generically human, and even generically Christian—is to be white. This notion needs no qualifiers, such as African, Hispanic, or Asian. This noxious idea is quite ubiquitous and historically funded by white supremacy and Eurocentric colonial mentality. Orientalism and white normativity are heavy concepts that again reside and operate under the surface of everyday consciousness. However, their impact is real in the lives of numerous Asian Americans, evidenced in the fact that many seek to make themselves invisible, in the hope of passing as honorary whites.

In Asian American Christian contexts, these themes are expressed in a kind of Docetic theological anthropology, which claims that our spiritual identity supersedes our earthly identity, with its racial, ethnic, and cultural particularities. Of course, while our earthly identity should have our allegiance, our confession of bodily resurrection rejects any notion of a disembodied and culture-free redemption. The community of saints in the book of Revelation is not a generic and monolithic lump of humanity. If we admit that there is no pure expression of Christianity beyond cultural contexts, then we can recognize that the temptation to exorcise Confucianism out of the lives of East Asian Americans could be more about prejudice and systemic racism, rather than theological faithfulness. Sadly, Asian American Christians themselves can participate in this kind of misguided contextual exorcism along with others.

A continuing task for the East Asian American Church is to raise awareness about Confucian and other Asian heritages, along with other significant contextual themes, for the purposes of deep gospel engagement. I suggest that these themes include the trauma of the migration experience, various forces within mainstream American culture, and the process of racialization, all for the purpose of deep gospel engagement. For this continuing process of conversion to occur, the first step is to learn and acquire adequate vocabulary for a thick description of Confucian themes in one’s experience. Then, God’s shalom must be brought to this Confucian-influenced aspect of one’s life, recognizing that Orientalism has distorted Asian American identity and sense of self. Finally, the goal is to allow the gospel engagement of Confucian elements to be sources of wisdom and insight for discipleship and mission, offering all of ourselves unto God’s presence and reign. 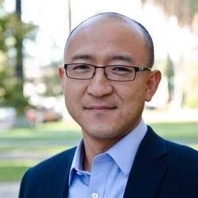 Daniel D. Lee, PhD, is the assistant provost for the Center for Asian American Theology and Ministry and assistant professor of theology and Asian American ministry at Fuller Theological Seminary. An ordained Presbyterian minister, he has served in a number of ministry contexts, including campus ministry, chaplaincy, immigrant church, pan-Asian ministry, and multi-ethnic churches. He is the author of the book Double Particularity: Karl Barth, Contextuality, and the Asian American Theology and a contributing author to The Voice of God in the Text of Scripture and Intersecting Realities: Race, Identity, and Culture in the Spiritual-Moral Life of Young Asian Americans.