About a year ago I attended a major conference for evangelicals to discuss Christians engaging with Islam. Many there had sacrificed much and taken great initiative to get to know Muslims and engage with them on spiritual topics. I learned much during our time together.

Many of those who attended were also quite frustrated with other believers who keep their distance from Muslims. They accused such people of things like being racist and discussed the need to offer a “prophetic” challenge to such folks. At this point of the conference I demurred at some of this rhetoric. I demurred for a couple of key reasons.

First, although it is true some of those who are hesitant might harbor prejudice, some of it is the simple result of never having spent much time in cross cultural settings or through a lack of exposure to people significantly different from them. They are “where they are,” often by default. That is not a good thing, nor should the limitations that result from it be minimized, but it is a response that stems from ignorance or fear of the unknown versus malice. What such people need are guides into a broader exposure, not censure—the creation of opportunities for relationship versus rebuke that assumes the worst of them.

I attend a very conservative church in Richardson, Texas that had concerns about its cultural isolation. As a result the church intentionally designed a program to get to know some neighbors in an area of the city where the Muslim mosque resides. These included dinners and other joint get-togethers in the community. Only a small portion of the congregation participates, but the events are reported on regularly in the church and those who participate do share with other church members about the nature of their experiences. This has had a positive impact on the community, even on many who only get to hear about what is taking place.

Second, we have to be very careful of reinforcing the rhetoric or idea that there is one form of Islam. As a world religion with regional expressions and various subdivisions, Islam is as diverse Christianity. Muslims come in various shapes and sizes. That variation includes a spectrum of approaches from a very hostile and violent form of belief that is evident in groups like ISIS to a much more open kind of community-engaged brand of Islam that often is seen in the West. This spectrum breeds misunderstanding and confusion for those who only think there is one kind of Islam, particularly the versions we regularly see displayed in the media. Add the isolation I already noted to the media’s portrayal and what emerges is a recipe for the Islamophobia we often see in our own contexts. The difficult part of this reality is that there does exist a form of Islam about which one should be concerned. The hard part is that this concern ignores that most Muslims live out their faith in ways stand in stark contrast to the extremist forms of it. 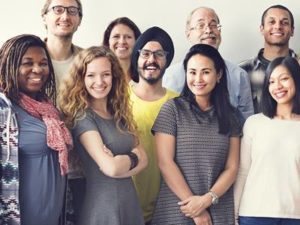 I am reminded of a meeting we hosted at Dallas Theological Seminary at the request of the State Department many years ago. In the meeting were many Iraqis who had come to the USA to learn about religious tolerance and liberty. They were all Muslims, full of questions about how faith differences within Christianity worked out in an ordered society. When we began to ask them about their religious context, ISIS was mentioned; they retorted vehemently, “That is not Islam!” They were insistent that we not see them in the same light. They decried what those other infidels were doing to people of all faiths, including other Muslims. The intensity of their reaction raised the following question: “Which Islam am I to deal with now?” It became clear the one thing I could not do is lump all Muslims together into one huge overgeneralized basket.

As I have sought to learn about Islam, something I knew very little about even after having attended Seminary, I have had the benefit of getting to know Muslim background believers who have shared with me what they were told about the Christian faith growing up as well as the array of ways Muslims live and think. I have come to understand that when engaging Islam, it is a complex entity that also takes on many forms. One has to ask the Muslim person in front of them about their faith and do a lot of listening to start with, filtering out much of what one may hear about Islam from sources that risk engaging in the generalizations that often cloud our understanding.

This swirl of cultural elements makes me slow to condemn someone who sees Islam from a distance and is initially hesitant to engage. There is a lot of static out there, as well as a segment of Islam that is a serious cause for concern. So my approach is to invite people into the challenge of getting to know others different from themselves, getting to know the neighbor Jesus has called them to love and make efforts to introduce them to the diverse religious landscape. This is why on our Table Podcasts we have done several pieces on Islam including: the multitude of expressions that exist within the faith, what causes someone to be drawn to it, and how the gospel might speak into that attraction. We have adopted a position that seeks to understand why some are hesitant or reticent to step into a previously unknown space and then work towards building bridges to make walking down such a path easier. We have sought especially to open doors so that first steps in that direction can be taken.

In engaging with Islam, two realities need to be faced and challenged: 1) overgeneralizations about Islam are misguided and unhelpful and 2) appreciating the confusion many has regarding how to engage their Muslim neighbors. In saying all of this, I do not doubt some will be reluctant even after such doors are opened. They are the ones who need to be challenged about living out their Christian mission more consistently once such opportunities are met with nothing but hostility. Still in many cases, the best way forward is to appreciate why many are where they find themselves. It is best to come alongside them in order to help them learn about whom they are meeting and how to engage in ways that opens the door to better understanding. I submit that this is the best way to be prophetic in our engagement with any faith, much less one as complex as Islam. 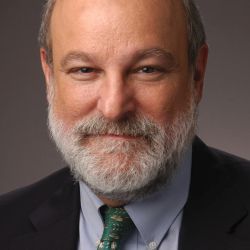 Darrell L. Bock is Executive Director for Cultural Engagement at the Hendricks Center at Dallas Theological Seminary, as well as Senior Research Professor of New Testament Studies. He hosts a weekly podcast called the Table on an array of issues, including discussion of world religions (https://voice.dts.edu/tablepodcast/).