Shi-Min Lu has composed a thoughtful and creative essay on the problem of Chinese familism and leadership formation. In that Confucius extended the metaphor of the family to all human relations including king and subject, perhaps the problem is more one of Confucian hierarchy rather than Chinese familism per se. Still, Lu is correct in observing that the social glue of the family is at the very core of the Chinese cultural matrix.

As an American born Chinese, I have seen similar disempowering circumstances in leadership with regard to the experience of young adults in Mainland Chinese churches. However, in typical bi-cultural ethnic Chinese churches in America, which is my context, the situation is even further exacerbated not only by marginalization due to age but also because of language. In some cases, deficiency in language even supersedes that of age and experience. No matter how old one is or how many theological degrees one has, a young adult will never be good enough to be a senior pastor. Needless to say, this is highly detrimental to leadership development and formation at higher levels.

Lu wishes to overcome the constrictions of Confucian familism or hierarchy on leadership formation by reimagining the Confucian concept of “harmony” along the lines of Max De Pree. Instead of “harmony” emanating from the right behavior and right relations of teacher to student, De Pree’s concept is derived from leader and follower mutually striving to steward each other’s God-given gifts.

Although Lu’s thesis is creative and substantial, one must remember the context in which each system is based. Confucianism developed out of and in response to, the chaotic political conditions of the Late Zhou period. Mencius developed his form of Confucianism during the Warring States era. The primary concern was the construction of a well-ordered and harmonious society in light of the severe political turmoil of the time and within its own cultural milieu. De Pree’s principles, however, emanate from a foundation in Western egalitarianism and American individualism. It is hard to see how the notion of “harmony” can connect Confucius and De Pree when their entire worldviews and objectives are so dramatically different.

At the same time, neither system is right or wrong, better or best. They are just different because of their varying contexts. Confucian hierarchy apparently works in some contexts. Lu, herself, notes the ministry of the largest church in the world, Yoida Full Gospel Church (YFGC) in South Korea, led by Rev. Dr. Yonggi Cho. One could argue that YFGC is one of the most leadership empowering ministries in the world with some 50,000 home cell unit lay leaders. Yet, no one would deny it is one of the most top down, hierarchical churches in the world.

Lu’s understanding of Confucianism is also one-sided and overly negative. The essay characterizes the sage’s philosophy as “unequal,” “toxic,” “top down,” “power corrupting” and “holding hostage” others’ potential. While Confucianism is admittedly hierarchal it is not completely so, and responsibilities are not simply one-sided, but mutual. Charles Desnoyers notes:

Although this view [Confucianism] is avowedly hierarchical rather than egalitarian, the mutual obligations present at every level serve as checks for Confucius on the arbitrary exercise of power.[i]

Later, under Mencius, Confucianism emphasized that the primary responsibility of the ruler was to the people and that if the ruler was negligent or abusive of his power, the people had the right, and even the obligation, to overthrow him.[ii] While the people owed honor and obedience to the ruler, the latter owed justice and prosperity to the people. Thus, Confucian hierarchy is best understood as Confucian “reciprocity.” When asked to sum up his philosophy in one word, Confucius responded with the word “reciprocity” and added, “Do not do unto others, what you would not have them do unto you.” Surely, the obligation of the leader, or junzi, to practice ren (which means “kindness” or “human-heartedness”), would include exploring the potentialities (i.e., God-given gifts) of others. In fact, Confucius democratized the notion of the junzi; in earlier periods it referred to the son of an aristocrat whereas with Confucius it denoted a sage, or any “person of virtue,” which meant that one could achieve ethical and intellectual superiority regardless of social class. Everyone in society was to strive to be a junzi.

Thus, it would appear that Lu is critical of misguided representations of Confucian familism rather than Confucianism itself. Nevertheless, one cannot deny that contemporary manifestations of Chinese familism are far from ideal and are most often stifling rather than liberating.

Lu seeks to exchange Confucian harmony based in an ordered hierarchy by one proposed by Max De Pree based in mutual self-fulfillment. The latter succeeds by cultivating the three themes of integrity, relationship building and nurturing, and community building. Acknowledging that these themes sound similar to Confucian ethics, Lu argues nevertheless that De Pree’s system is different. It is hard to see however how a Confucian context cannot ideally emulate these same values. Perhaps De Pree’s (and Lu’s) greatest contribution is not so much in the particulars but the overall philosophical outlook. Whereas Confucianism finds its ideal harmony in conformity, De Pree’s ideal harmony is found in “liberation.”

Lu has provided a thought-provoking and stimulating essay on Chinese familism and leadership formation. She has demonstrated very well how familism is deeply embedded in the cultural DNA of Confucian-based societies. In its common but less-than-ideal manifestations, it has often stifled leadership growth and formation. Lu may be right in that we need a corrective to revitalize the harmony that we Asians so desperately desire. But in adopting De Pree, are we no longer Asian? 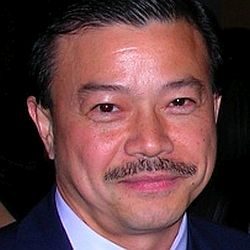 Milton Eng is an independent scholar of the Hebrew Bible/Old Testament and co-editor with Lee Fields of Devotions on the Hebrew Bible (Zondervan 2015). He is also the East Coast Project Director for ISAAC (Innovative Space for Asian American Christianity).