In my first months as executive director of Fuller’s Max De Pree Center for Leadership, I conferred with over 50 marketplace leaders, asking each of them, “How can we serve you?” The response I heard was almost always something like, “You can help me integrate my faith and my work.”

This was consistent with what I had experienced for years as a pastor and leader in the so-called “faith at work movement.” I had known hundreds of people who longed to find spiritual meaning in their daily work. I listened to baby boomers who were tired of dividing their lives between secular work and sacred faith, and millennials who intended never to make such a division. “If my faith really matters,” one young entrepreneur said, “then it’s got to matter for my work.”

The proliferation of materials and organizations devoted to the integration of faith and work bears witness to its growing importance. Among dozens of faith-work books published in the last decade, Work Matters, by Tom Nelson,1 and Every Good Endeavor, by Timothy Keller and Katherine Leary Alsdorf,2 have had broad influence. Through the Theology of Work Project, a team of theologians, biblical scholars, pastors, and business leaders collaborated to produce a commentary on the whole Bible, examining more than 850 passages that deal with work.3 Recent academic studies of faith and work include Work in the Spirit, by Miroslav Volf,4 A Theology of Work: Work and the New Creation, by Darrell Cosden,5 and God at Work: The History and Promise of the Faith at Work Movement, by David Miller.6 In 2017, the Lilly Endowment awarded a grant of $1.5 million for the most extensive and in-depth study of how Christians actually integrate their faith and work.

Hundreds of churches and parachurch organizations focus on the integration of faith and work—or FWE, as it is often called today. (FWE, which sounds like “free,” stands for “faith, work, and economics.” This abbreviation highlights the broader systemic and social dimensions of faith-work integration.) A recent survey found that 86 percent of pastors preached a sermon in the last year on work.7 Since its beginning two years ago, Made to Flourish, a network of pastors committed to connecting Sunday faith to Monday work, has grown to over 1,900 members.8 Twenty seminaries, including Fuller, have joined the Oikonomia Network, which helps “pastors equip people for whole-life discipleship, fruitful work, and economic wisdom.”9

Since our mission at the De Pree Center is to “serve marketplace leaders so they might live intentionally and wisely as disciples of Jesus in every part of life, including their daily work,” I rejoice that work is getting more attention these days. Yet, every now and then, I wonder if this is just a fad. I have watched the church blown here and there by the latest rage, convinced that we have finally found the key to robust Christianity. Inevitably, we realize that what we once considered so vital turns out to be less so. Is the integration of faith and work merely trendy? Or is it actually essential to the Christian life and God’s global purposes?

It’s common for FWE advocates to argue for the importance of work on the basis of how many hours human beings spend working. When we take into account both paid and unpaid work (like raising children or mowing the lawn), then most of us spend well over half of our waking hours working. Surely, it is claimed, Christian faith must be relevant to what we’re doing with most of our time. This argument is a good start, but still I wonder: Does the Bible place as much importance on work as claimed by FWE enthusiasts? Or are we projecting our enthusiasm into Scripture?

The existence of the 1,128-page Theology of Work Bible Commentary suggests that work is a major theme in the Bible. But an argument based on volume doesn’t completely satisfy. Does work figure prominently in the main storyline of Scripture, in the core theology of the Bible? This question takes us back to the biblical text—including that of the Creation and the Incarnation.

CREATION
In the beginning, God created the heavens and the earth (Gen 1:1). Then God created everything else, including humankind (Gen 1:27). Though the verb “to create” is used uniquely in Scripture for God’s own actions,10 God is also said to “make” things (Gen 1:25, using the common Hebrew verb asah). The end of the first creation story observes that “on the seventh day God finished the work that he had done” (Gen 2:2, emphasis added). The Hebrew word translated here as “work” can mean “occupation, work, business.”11 It’s an ordinary noun used to depict human as well as divine activity.

As part of this good work, God creates human beings as workers. This is revealed, first of all, in the fact that humankind is made in God’s “image” and “likeness” (Gen 1:26). Theologians debate the precise meanings of these fertile terms. But, in the narrative of Genesis, God’s image and likeness are closely connected to God’s working. This is confirmed by the first commandment given to God’s image bearers: “Be fruitful and multiply, and fill the earth and subdue it; and have dominion . . .” (Gen 1:28). Notice God’s first instruction to human beings was not “Build an altar,” “Think rationally,” or even “Love the Lord.” Rather, God told the beings created in God’s own image to get to work.

The opening narrative of Scripture points to the centrality of work, both divine and human. Work is not something we do on the side to support what really matters in life. Work is essential to our created identity and purpose: that’s the way God made us. And the world God created will only reach its full potential through the work of human beings: that’s the way God made it.

INCARNATION
Moving from the beginning of the biblical narrative to its theological center, we come upon the Incarnation. John 1 makes this journey in a mere 14 verses, part of what Marianne Meye Thompson in her commentary on John identifies as “one of the most theologically influential passages of Scripture.”12 The opening words of John echo the “In the beginning” of Genesis (Gen 1:1; John 1:1). Though the work of creation is mentioned in John (1:3–4, 10), the focus of the prologue is on the divine Word (logos in Greek). All things came into being through the Word (John 1:3), who was essential to God’s creative work.

In the prologue to John, the divine Word, says Thompson, “enters this sphere of mortality and frailty and makes it possible for those born of the flesh to become those born of God.”13 The Incarnation has a primary revelatory and salvific purpose. But the Word made flesh also underscores the value of the material world, even though it is tainted by sin. What God once created as good, God chose to redeem by becoming part of its materiality. This suggests that what human beings do in the material world, including work, might really matter.

This claim is strengthened when we reflect on what the incarnate Word spent most of his time on earth actually doing. A precise chronology of Jesus’s life is elusive, but most scholars agree that Jesus lived into his 30s, devoting the last three years or so of his life to his public ministry.14 This means that he spent around 18 years doing what we might call ordinary work. Traditionally, this work is thought to be carpentry. But the Greek word used to describe Jesus in Mark 6:3, tekton, could refer to one who worked with stone or metal in addition to wood. Jesus worked as a “builder”15 and, I might add, the owner-manager of a small business.16

The idea of Jesus as a carpenter or builder is not unusual. It is unusual, however, to reflect on the deeper significance of Jesus’ first career. God became human in Jesus, devoting three years to public ministry. Before that, God incarnate spent about six times as long doing ordinary work. In the inscrutable wisdom of God, the incarnate Word invested the majority of his adult life building useful products. Apparently, God did not consider this to be a colossal waste of divine time, but just the right way for God-in-human-flesh to spend his time on earth. Do we need more than this to convince us that work truly matters to God, and that therefore our faith should matter to our work and vice versa?

CONCLUSION
In Colossians 3, which summarizes how we’re to live as “God’s chosen ones, holy and beloved” (3:12), verse 17 states, “And whatever you do, in word or deed, do everything in the name of the Lord Jesus, giving thanks to God the Father through him.” It’s not just trendy to seek to do everything in the Lord’s name, including those things that fill most of our waking hours. Doing our ordinary work in the Lord’s name is an essential, though often overlooked, element of our calling. So, whatever you do—whether managing staff, selling products, leading organizations, changing diapers, teaching children, building start-ups, preaching sermons, making films, writing books, molding clay, or cleaning houses—do everything, yes, everything, in the name of the Lord Jesus. 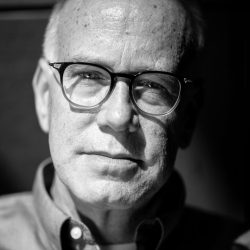