“I can’t talk to ‘them!’ I’m too afraid!” “Why are we spending time talking about our beliefs together? Is there any way to tell what’s ‘right’? And, if there is, don’t we basically believe the same thing anyway?”

These two extremes, with little by way of a middle ground, typify many of the initial responses we see when young people are invited to think about (and engage in!) interfaith dialogue. For many—and in this, young adults are no exception—interfaith dialogue can elicit a host of emotion: fear, excitement, intrigue, anticipation, and more. Situated within an unknown, and potentially uncomfortable encounter with anther, these emotions are quite understandable, and ought to be firmly acknowledged and legitimized. Rather than merely learning about another religion from a book, engaging in interfaith dialogue involves encounters with real people and hearing anew (or maybe for the first time) an articulation of another belief system. This can be a rather intimidating undertaking, but Facing Your Future, a three-week summer program for high school juniors and seniors interested in exploring theology and vocation, presents students with multiple opportunities to have this type of hands-on, dialogic encounter with believers of another faith.1

While the practice of engaging in interfaith dialogue certainly takes a long time to cultivate, we have attempted to introduce students to the concept and practice of interfaith dialogue in our three-week, theologically and experientially intense summer program. This often-first-time encounter ought to be seen as a beginning, not a climax, of the young person’s engagement with interfaith dialogue, and yet it has had a marked impact in the lives and resulting practices of many of our students.

When introducing young people to the concept and practice of interfaith dialogue, there are two main reactions we generally have to address, broadly characterized as fear and relativism. As we guide our students through thinking about and engaging in interfaith dialogue, we spend about a week and a half preparing for the experience(s), both implicitly and explicitly.

As some students think about, prepare for, and engage in interfaith dialogue, they do so with a lot of fear. Some of the young people have a sense that if they dialogue with someone who disagrees with them, they may not have an appropriate response, fall short in addressing some of the theological concerns that someone may state, or be so challenged that their own faith is questioned. Others are fearful that they will say something that is offensive to the person with whom they are dialoguing. Still others have developed ideas about another faith tradition that cultivate a widespread sense of fear or danger as they talk to someone who holds different beliefs. As a way to address all these fears, however varied they may be, we open up a space to both concretely name the fears that students are experiencing and the assumptions the students hold. Often, students are unaware of the specific fear that prevents them from embracing something like interfaith dialogue, and these fears can often stem from long-held, but perhaps unnamed assumptions.

An intensive, extended, in-residence program, like ours, has the potential to create a space where these assumptions can be named without fear of judgment; once named, these assumptions can also be challenged and corrected. As we discuss them, we encourage students to reject any notion of a single narrative that characterizes a person or members of a particular faith tradition. For our students, their first engagement with interfaith dialogue is as evangelical Christians meeting together with Muslims. As our students prepare, certain media-fueled assumptions arise. Naming these and beginning to understand people as more than just this stereotype is our first step towards mitigating the defensive posture many hold. This practice is furthered as we create spaces to form relationships with people of another religion, allowing them to see a person holistically—someone with hobbies, someone who goes to school, someone who is, in so many ways, quite similar to them! Instead of simply learning about Islam, they spend time eating Arab-American cuisine with chefs we have cultivated relationships with throughout the years, learning about Arab-American culture from others their age, alongside visiting mosques and dialoguing with various religious leaders. One of our students noted, upon finishing a meal with a local imam and a Christian minister: “Wow! I would have never known we all had so much in common! I never imagined myself laughing together so freely with someone from another faith.” In this encounter, his fear began to be displaced by a sense of familiarity as he saw the “other” as a person—and a friend.

As other students prepare for and engage in interfaith dialogue, they are ready to reject a single narrative. Some of them come willing to engage individuals of a different faith as individuals. But sometimes, they are so ready to hear another person’s story that they do not want to, or do not see the need for, noticing differences in various religions. They come more prepared to see the sweeping similarities and therefore brush away dissimilarities. For this too, we spend time in preparation (it is worth noting that this training helps students fearful of interacting with another religion to do so!). Prior to engaging in interfaith dialogue, we spend a week and a half in the classroom learning about what we believe as evangelical Christians. Often the students enter our program with solid beliefs, but this intensive classroom experience further equips them with a language for what it is that they believe, how they read the Bible, and how they understand key theological concepts, such as sin and salvation. While we do not explicitly address interfaith dialogue, the class implicitly helps students identify a language and framework for their own beliefs.

In light of this, we encourage them to enter into dialogue with another faith tradition with a posture of learning and inquisitiveness. Rather than teaching them what a Muslim believes in the classroom, we help them learn from Muslims what they believe. Following these experiences, we reflect on what we heard and learned and how this might fit into the framework already established in the classroom. This process helps foster incredibly perceptive comments, as evidenced by one young woman who noted: “We both talk about Jesus a lot, but do we believe the same things about him?” Prior to engagement in interfaith dialogue, our students are equipped with a basic framework of knowledge about themselves and their beliefs. The pre-established framework helps those students prone to only see similarities between faiths to also see some key differences.

[1]See the webpage for the Facing Your Future program: calvinseminary.edu/fyf. 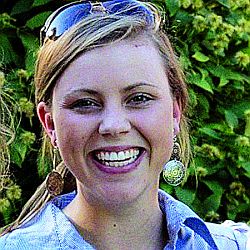 Jessica Driesenga is a third-year PhD student at Fuller Theological Seminary, studying Christian ethics. For five years she coordinated Calvin Theological Seminary’s Facing Your Future program, in which high school students finishing grades 11 or 12 explore where God is calling them next.