My dad was not my hero as a kid. I loved him and respected his call to be a Baptist pastor in east Texas but my heroes were missionaries who had given up life in the U.S. to share the Good News of Jesus Christ to unreached people groups. Jim Gayle was one such hero I sought to emulate. Later in life my wife and I were unable to serve as missionaries (for medical reasons) by the International Mission Board and I subsequently started a church in Keller, Texas called Northwood Church. One of our earliest ministries was working with the Communist government in Vietnam; our members served through their various professional specialties: landscape engineers, special needs teachers, doctors etc. Through this nontraditional approach to mission, we were able to serve the Vietnamese in our work life and as a result we could have natural conversations about our love of Christ.

After 9/11 and the war in Afghanistan, I was approached about the possibility of connecting churches in America with cities in Afghanistan in order to rebuild and provide much needed aid. This was uncannily similar to the work Northwood Church had previously done in Vietnam. I was scared to death. Prior to that point, I had no experience with Islam or Muslims and to be honest, I was comfortable keeping it that way. 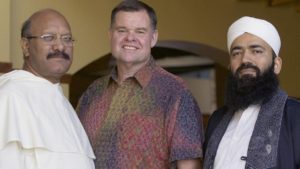 Everything I thought I knew about Islam proved to wrong.

As we began to build schools and clinics I developed friendships with Muslims. As a result we started to have deep conversations about faith. I wanted them to become Christians; likewise they wanted me to convert to Islam. Despite our seemingly irreconcilable differences the conversations consisted of much laughter and rich reflection.

The revelation was shocking, as I had never considered relating to Muslims in my native country. On the plane ride home from Saudi Arabia, I began to ponder how I might build relationships with Muslims in the Dallas-Fort Worth area. I trembled with fear. What will the people of Northwood Church think? What will Muslims in Texas think of me?

Shortly thereafter, I reached out to an imam at a local mosque in Dallas-Forth Worth and we enjoyed a meal together. Friendship and trust began to blossom. At the same time, I was invited to an event in the Middle East where participants gave presentations on their peace and interfaith work throughout the region. As I listened, I began to question what kind of change might result from the gathering, as it seemed abstract and disconnected from the daily lives of local communities. I shared my concerns with a fellow conference participant, Imam Mohamed Magid, and he resonated with my reservations. From our perspective it seemed that to effect real change, peace and reconciliation efforts must be enacted at the grassroots level and not through theoretical discussions.

As clerics, we sensed that we could be key gatekeepers in engaging the members in our churches and mosques.

Together we selected seven pastors and seven imams living in the U.S. and spent three days fellowshipping on a ranch in Texas. We rode horses, went turkey hunting, ate together, and learned about each other’s families and faith. Deep conversations were had and hard questions asked. The ranch created a safe space for conversations where we could be honest and vulnerable with one another.

Since the initial retreat, we have started similar initiatives in cities all over the U.S. We have included rabbis in our conversations and have seen our respective religious communities serve together and stand up for one another in ways they could never have previously imagined.

Two of my favorite passages in the Bible are the Sermon on the Mount (Matthew 5-7) and Paul’s sermon on Mars Hill (Acts 17). I want to see people as Jesus modeled for us in the Beatitudes and relate to them with love and truth as Paul demonstrated so clearly.

Hypothetically, even if all of the negative propaganda about Islam in the media is true (which it is not), Christians are still commanded by God to love their Muslim neighbors. I desperately want to see my imam friends know Jesus as their Lord and Savior. Even after presenting the Gospel to them dozens of times, we remain good friends because I want to have a relationship with them. Many Evangelicals must stop viewing people as projects or objects of evangelism and instead adopt a posture whereby they view all of God’s children as created in God’s image.

I recently turned 60 years old. Many in my generation as well as my father’s adopted an approach to evangelism whereby loving Muslims was demonstrated by telling them how misguided or wrong they were about their faith. Today, pastors love to fill pews with members who are clones of them but this approach often incapacitates believers to relate to those who are culturally or religiously different. Like my childhood heroes, we are all called to be missionaries in our neighborhoods and around the world. My hope and prayer is that we can genuinely love people of other faiths or no faith, and to talk naturally about Jesus and the hope of the Gospel. 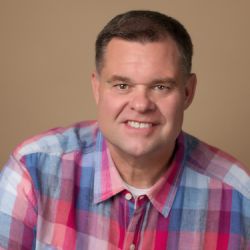 Bob Roberts, Jr. is the founding/Sr. Pastor of NorthWood Church, Ft. Worth, TX. NorthWood has started over 200 churches in the US and a center for training new pastors. He is a leading practitioner and writer on Global transformation of individuals, religious communities, NGOs, cities and global engagement, having worked extensively with the UN and various State Departments globally. He is a nationally and internationally recognized speaker and author of books including Transformation, Globalization, Real-Time Connections and Bold as Love. Bob is married to Nikki and they have two children and three grandchildren.