When Christians come in contact with people of other religious traditions, should we evangelize them or should we dialogue with them? The editors of Evangelical Interfaith Dialogue journal asked me to prepare a short essay on “dialogue and mission,” and my experience is that evangelicals often phrase the question in that way. So I would like to frame my short essay around two reasons why I think that the question as I have stated it—“Should we evangelize or dialogue with people of other religions?”—is an inadequate way to state the question.

I have two reasons for this opinion. First, the question assumes that evangelization and dialogue are mutually exclusive. Rather than making it an either/or question, we can see it as a both/and question—or as a first/second question. Second, the question seems to ignore the complexity of interreligious interactions. Evangelism and dialogue are two of the possible ways Christians and Hindus, Christians and Buddhists, Christians and Muslims, for example, interact, but there are many other forms as well. For example, what about debate, argumentation, cooperation, collaboration, or just plain neighborliness?

One of these ways is both/and thinking: perhaps the prime example of both/and thinking is the Incarnation. Two truths that could easily be seen as an either/or choice—Jesus is human; Jesus is divine—are instead seen as both true. Not only is the Incarnation an example of both/and thinking, but to try to reduce it to either/or thinking is heresy of the highest order. Another form of biblical thinking is what we might call first/second thinking. In first/second thinking, the order of what we believe, feel, or do is essential. We cannot be reconciled to all peoples until we are first reconciled to God. Loving our neighbor as ourselves follows from loving God first.

How might these observations apply to the relationship between evangelism and dialogue? Instead of assuming that we must choose one or the other as the way the Bible teaches us to relate to people of other religious traditions, perhaps we should think about both of them being part of the biblical requirements of Christian mission. Or perhaps they should be seen in a first/second relationship, with one preceding the other in order to be faithful to Scripture.

My experience has taught me that it is the context of the encounter that determines how one views that relationship at any point in time. Some situations clearly call for evangelism, while others call for dialogue. In some cases both are appropriate, and it is almost as if we vacillate back and forth between the two modes of relating.

It is possible, of course, to reduce interfaith interactions to two simple choices: evangelism and dialogue. But limiting interfaith interactions to just those two does not seem to accurately reflect what many of us experience in relationships with people of other religious traditions. And because it does not “square” with lived experience, framing the question in this way seems to be a rather sterile academic exercise.

For 35 years I have participated in interfaith dialogue specifically between Christians and Buddhists. The Society for Buddhist Christian Studies was formed in the late 1980s, and has met annually as an additional meeting of the American Academy of Religion (AAR) conference held in late November. I have been to all of the meetings of the Society, and I suppose I could talk about instances of dialogue (conversations in search of understanding one another) and instances of evangelism (faith statements of intention as to the truth of our respective religious traditions)—carried out by both Christians and Buddhist members of the Society. And I would be lying if I said that those contacts were unimportant.

But I could also reflect on all of the debates we have had, including an ongoing discussion regarding whether it is possible to be both a Buddhist and a Christian at the same time. Another option is to tell you about one another’s truth claims that occasionally emerge during discussions (e.g., Is Jesus really the only way to salvation? Is Gautama’s teaching really the only way to enlightenment?). Having said that, I am also eager to tell you of the positive personal relationships that have formed for me as a result of the Society. I am not overstating the case when I say that the closest friendships I have developed as a result of contacts made at the AAR meetings have come from engagement with Buddhists at the Society meetings.

One of the most essential findings I discovered when I wrote the book Those Other Religions in Your Neighborhood1 was that neighborliness only occasionally has anything to do with either evangelism or dialogue. It most often has to do with the practicalities of cooperation in living together peacefully and fruitfully. For example, creating positive crime-free and drug-free neighborhoods is something people of all religious traditions can work on together.

Interreligious relationships are much more common in the world in which we all live these days. One does not have to belong to a formal interreligious dialogue group such as the Society for Buddhist Christian Studies in order to have frequent contact with people of other religious groups. It happens every day in most of the neighborhoods in the United States. But interreligious relationships are not just more common—they are also more complex. As a result, one of the twenty-first century’s challenges for Christians is learning how to navigate relational complexity effectively and faithfully.

The challenge of being a faithful public Christian in a twenty-first century Western context is to be able to balance cooperation with people of other religious traditions with a commitment to the truth—the exclusive truth of the gospel of Jesus Christ. I do not use the word challenge lightly. Balancing cooperation and commitment is not a particularly easy task. But it is what we are called to do and be. To be cooperating and committed public Christians means to continue to navigate further along two spectrums of relational behavior.

The first is the love-spectrum, one that moves from suspicion to tolerance and then to a love of people of other religious traditions. To be sure, there is plenty to be suspicious about in the forms of religious extremism and even terrorism that sometimes seem to surround us. Yet in the face of these aberrations of the human religious urge, we must move beyond mere toleration of those with whom we disagree to a place where we can love our neighbors—all our neighbors—as ourselves. We must move from fundamentalist suspicion, beyond liberal tolerance, to evangelical love.

The second is the belief-spectrum, one that moves from isolation to apologetics and then ultimately to respect. The temptation to throw up our hands in despair and retreat behind our walls of belief has never been greater. Burying our talents in the sand has real appeal in a world full of confrontation and risk. We have learned that apologetic confrontation usually leads to more confrontation, not less. And the confrontational stakes keep getting higher.

Yet instead of retreating to isolation, we are called to engage the world in increasingly loving ways. A willingness to respectfully learn from people of other religious traditions lays the foundations that enable us to gracefully witness to our own religious traditions. It may seem counterintuitive, but the gospel has never conformed itself to human logic. The challenges of interreligious relationships do indeed mean we must learn how to evangelize gracefully and dialogue respectfully. But it also means many other things, and for faithful Christians, one can think of few issues of greater importance in an increasingly religiously complex world.

1See Terry C. Muck, Those Other Religions in Your Neighborhood: Loving Your Neighbor When You Don’t Know How (Grand Rapids: Zondervan, 1992). 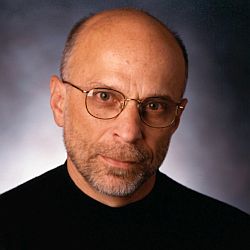 Terry C. Muck is executive director of the Louisville Institute. He received his PhD in the History of Religions from Northwestern University. He has taught at Asbury Theological Seminary and served as the executive director at the Christianity Today Institute. He has authored ten books and numerous scholarly articles on religion and theological education. He and his wife, Frances S. Adeney, a professor at Louisville Presbyterian Theological Seminary, have six children and live in Louisville, Kentucky.