Nijay Gupta points us in his essay beyond point-scoring or sterile academic approaches to interfaith dialogue, lifting up instead how Jesus deconstructs the “compare-contrast approach” and rather “simply dreams out loud about the rich vision of final redemption.” John Goldingay, for his part, ably traces how the Hebrew Bible (which he calls the First Testament) includes both “exclusivist” and “open” approaches to other religions. In this brief essay, I will build on what I take to be Gupta’s insistence on grounding reflection on interfaith matters in the lives of real multifaith communities by considering instances from the Middle East, of Christians and Muslims showing solidarity with one another in their worship. Such solidarity does not, I suggest, require Christians and Muslims to temper strong claims regarding the truth to which their respective worship points; rather, I argue that for Christians practical solidarity with ones’ non-Christian neighbors is an expression of a confession of Christ’s lordship.

My examples come from Gaza, where I lived and worked for two years. Christians make up a distinct minority in Gaza, with less than two thousand Christians living there. Gaza’s Christians worship at Greek Orthodox, Roman (Latin) Catholic, and Baptist churches. The architecture of the old neighborhoods of Gaza City bears witness to a complicated religious history. The stones and layout of the Great Omari Mosque, for example, reflect a history of architectural and religious supersessionism. The mosque stands on the site traditionally associated with the Philistine temple to Dagon in which Samson was held captive and which he brought crashing to the ground. In the early fifth century CE, the church leader Porphyrius convinced Empress Eudoxia to demolish the pagan temple standing at the same site and in its place build a church (the Eudoxiana); in fact many of the main pillars in the present-day mosque date back to this Byzantine-era church. With the Muslim conquest of Palestine by Omar Ibn al-Khattab’s forces, the church was repurposed into a mosque: the name of the present-day mosque hearkens back to Omar the Conqueror. Then, upon their arrival in Gaza in 1149, the Crusaders demolished the mosque, erecting in its stead a cathedral in honor of John the Baptist. This church was short-lived, being reconverted to a mosque after Salah ad-Din’s Ayyubid troops took control of Gaza. Yet the contemporary mosque bears within it architectural traces of its past, with the pillars from the Byzantine church and the very directional layout of the building preserving the orientation of the Crusader church. This orientation does not align with the mosque’s qibla (which points worshippers to Mecca), illustrating the mosque’s prior history as a church.

The history of the Great Omari Mosque tells one story of interfaith relations, namely, one of violent conquest and replacement. Not too far from the Great Omari Mosque, however, one finds a more nuanced architectural history. The St. Porphyrius Greek Orthodox Church in Gaza’s Zaytoun quarter dates back to 425 CE. When Muslim forces conquered Gaza in the seventh century CE, this church, unlike the Eudoxiana church, was left standing. Crusaders renovated the church during their short stay in Gaza in the twelfth century CE, and when Ayyubid forces defeated the Crusaders they too left the church standing. In 1432 the Mamluk rulers of Gaza constructed the Katib al-Wilaya mosque next to the church. While a skeptic might take the fact that the mosque’s minaret towers over the church as an architectural assertion of Islam’s superiority, the image of church and mosque in close proximity to one another is often cited by Palestinian Christians and Muslims as exemplary of their close, fraternal relations.

Now let us fast forward from Byzantine, Crusader, and Mamluk architecture to the present. Together with their Muslim neighbors, Palestinian Christians in Gaza today face the same harsh economic and political realities of hermetic enclosure within the Gaza Strip, a territory that human rights organizations routinely refer to as the world’s largest open-air prison. Given the high unemployment rate and bleak economic future facing the Gaza Strip, many Gazan Christians who have opportunities to move to the West Bank or Israel because of family connections have seized on those opportunities, dwindling their numbers still further. Already under the economic siege that the Israeli State imposes on them and their Muslim neighbors, one might rightly expect Gaza’s Christian communities to be insular and withdrawn, exhibiting a siege mentality. Yet Palestinian Christians in Gaza have for centuries been an integral part of the cultural landscape. On numerous occasions, Gazan Christians recounted to me how they and their Muslim neighbors celebrate religious feasts with one another, with Christians visiting Muslim neighbors in celebration of ‘Eid al-Fitr and ‘Eid al-Adha, and with Muslims visiting their Christian neighbors to mark the Christmas and Easter feasts. Gaza’s churches operate schools where the vast majority of the students are Muslims, with their families (including families affiliated with Hamas) having no qualms about sending their children to these Christian schools. The depth of Christian integration into the broader society in Gaza was evident during Israel’s bombardment of the Gaza Strip in the summer of 2014, during which hundreds of thousands of Gazans had to flee their homes. Gaza’s church compounds and school buildings opened their doors to fleeing families looking for safe shelter. At the height of the bombings, Father Manual Musallam, who had served for over 15 years as the Catholic (Latin) parish priest said to Gaza’s Muslim community: “If they destroy your mosques, lift the call to prayer from our churches!”

This interfaith solidarity has been reciprocal. When threats were issued against Gaza’s churches in the wake of the Danish cartoon scandal and Pope Benedict XVI’s Regensburg address about Islam, police from the Hamas-led government in Gaza stationed themselves around the churches and church schools, pledging their protection. Just as Egyptian Muslims surrounded churches during revolutionary unrest in Egypt after some churches had been burned, so have Gazan Muslims acted to protect their Christian neighbors.

My point in this brief essay is not to paint a romanticized picture of interfaith solidarity in Gaza. The church in Gaza faces a very challenging future, above all because of the economic and political siege under which all Gazans live, yet also because of the worrying growth of radical Salafi movements that challenge Hamas’s authority. Western Christians often succumb to the temptation of portraying Middle Eastern Christians as besieged on all sides by hostile Muslim forces. Yet such a portrayal fails to do justice to the lived reality of Christian-Muslim solidarity experienced not only in Gaza but in other parts of the Middle East. Without minimizing the very real dangers the church faces in Gaza and other parts of the Middle East, we should not overlook how the church shows practical solidarity with its Muslim neighbors, solidarity that is warmly reciprocated. This practical solidarity expressed by the church does not flow from some pluralist theology of religions, but rather from its centuries-long witness to Christ as Lord. The church in the Middle East is both “open” to its Muslim neighbors while also strongly maintaining its witness to Jesus as Messiah and Son of God. Interfaith “dialogue” in Gaza and other parts of the Middle East is less a matter of an academic debate about theological propositions or about a points-scoring apologetics, and more about a “dialogue of life,” in which Christians and Muslims share in one another’s lives. In some parts of the Middle East this centuries-long dialogue of life is under threat due to various political and religious forces: thanks be to God for the many ways in which it continues through practical acts of interfaith solidarity. 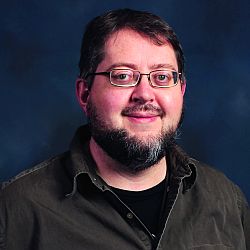 Alain Epp Weaver directs strategic planning for the Mennonite Central Committee. He holds a PhD in theology from the University of Chicago and is the author of Mapping Exile and Return: Palestinian Dispossession and a Political Theology for a Shared Future (Fortress, 2014).