Chinese familism, as defined by Shi-Min Lu, plays a strong role in Chinese American congregations particularly in leadership formation, congregational unity, and member loyalty to the local church. My book, Faithful Generations: Race and New Asian American Churches, examined the intersection of Chinese and Japanese ethnicity with congregational development. It included the perspectives of pastors of fifty Asian American congregations in the San Francisco Bay Area.[i] Regarding the role of Chinese familism, Faithful Generations acknowledges,

Ministers highlight specific values shaping group behavior and interactions. These are Confucian virtues that include family harmony, obligation to the group, and a strong work ethic geared toward education and career (33).

These ethnic values not only support congregational unity, comfort and familiarity but also structure the relationships between leaders and members. This response examines how Chinese familism shapes Chinese and Asian American congregations, poses leadership issues, and offers correctives for the American Church.

The leaders of these ethnic churches examined by Faithful Generations acknowledge the strengths of Confucian cultural patterns of familism that enable congregational ministries. First, familism establishes congregational unity and longevity. One Chinese American minister observed, “Family is probably why the congregation stays together…when you come into the body, you’re treated as one of the family” (33). Second, familism encourages active participation due to duty and loyalty. As a Japanese American pastor articulated: “Your worth is how much you sacrifice for the group” (37). And third, familism motivates obedience and reciprocity among the members. Another Chinese American pastor noted, “The issue of obligation, shame and duty has been the fuel that has run this church for the past sixteen years. And it works for the second generation because they drink that in with their mother’s milk” (37).

However, generational shifts regarding familism led to a trend towards new, Asian American congregations in the 1990s. The churches were pan-ethnic demographically and more Americanized in leadership formation. Chinese familism posed specific issues creating conflicts between the immigrant and the second generations, including 1) hierarchical versus egalitarian relations; 2) authoritarian versus democratic decision-making styles; 3) face-saving versus direct communication; and 4) formal versus informal worship styles. As a result, second generation leaders chafed against the different cultural orientation of the immigrant leadership, and often had to choose between either submitting to immigrant leadership or leaving.

In general, second generation Chinese American ministers have tended to leave the immigrant church when confronted by these issues. Because of these differences stemming from familism, they have complained about their English ministry’s (EM) lack of autonomy in decision-making and direction. For example, when a congregation’s board operated in the Chinese language, the English-speaking leaders were effectively disenfranchised. Additionally, since the immigrant congregation was usually older and larger, they controlled the budget. EM leaders could not focus resources, such as facilities or funds, towards their ministries or missions without the approval of the immigrant board. Finally, the Chinese American ministers observed that the immigrant leaders often considered EMs as youth ministries, and held them in lower status.

In one case, the EM of a church wanted to hire a new pastor who had great passion for missions. The Chinese-speaking deacons had previously hired a pastor with similar zeal but he left after only a year for missions. They rejected the EM’s top choice for fear that he, like the previous minister, would leave soon or he would encourage their children to become missionaries. The EM members were so frustrated by the deacon’s seemingly arbitrary decision that many defected.

This context of Chinese familism thus stunts the leadership formation of second generation Chinese American Christians. While they may want to spearhead new ministries and outreach, those in bicultural churches must submit to older leadership and serve according to immigrant Chinese cultural ways. For these Americanized ministers, working in this setting is actually cross-cultural ministry for which they are ill-equipped.

To revitalize a sense of harmony within Chinese American bilingual, bicultural congregations, Shi-min Lu recommends Max De Pree’s conception of leadership. Lu perceptively observes that the Chinese familism in churches could lead to “toxic leadership,” in which leaders become too authoritarian and lack accountability. To counteract this tendency, Lu recommends De Pree’s corporate business model of leadership, in which the “ideal leader liberates everyone to cultivate their potential and brings harmony to diversity through each person’s voice and touch.”

Although I agree that ideal leaders are servant leaders who seek to build up all members of Christ’s body, I do question the effectiveness in applying an individualistic, American corporate model which is two decades old to a contemporary Chinese Christian church context. Indeed, such an approach might be perceived as paternalistic at best, and colonizing at worst. De Pree’s model first and foremost privileges the individual—his or her potential, his or her voice and touch. Just as Chinese familism might lead to toxic leadership, American individualism can lead to toxic narcissism, which clearly does not build up the church. Yet unfortunately, that is the trend in American Christianity. People are leaving the church in droves because 1) it does not meet their personal needs; 2) they church-hop because they lack loyalty to their church brothers and sisters and insist on their own individual concerns; and they 3) demand a therapeutic message to salve their own issues of healing. Congregations struggle to keep millennials in the fold, as they are accustomed to media that markets to their individual interests and feel free to choose where and when they attend church, if they attend at all.

What might revive the American church is not De Pree’s model of leadership, but perhaps a greater sense of Chinese familism. Both the Bible and Chinese familism acknowledge power dynamics in relationships, for we are to be slaves to Christ (Ephesians 6) and to submit to authorities (Ephesians 5). The Bible assumes, like Chinese familism, that the group’s interests are greater than the individual’s, and that Christ came not only to save individual souls, but to build a “chosen people, a royal priesthood, and a holy nation” (1 Peter 2). In a Chinese family and in God’s family, the father demands obedience, trust, and loyalty (Jeremiah 7). In both the Bible and Chinese familism, the children do so when motivated by love and humility, and not by a desire to cultivate one’s own potential or raise one’s voice. In these ways and more, the collective orientation of Chinese familism is much more resonant with biblical themes than that of American individualism. In fact, the American corporate business model of individualism can be a slippery slope towards denying God’s authority and replacing it with its human counterpart.

I suggest that rather than employing an American model of leadership to correct Chinese familism, a biblical one is sufficient for both the Chinese and Chinese American context. Toxic leadership can be addressed with Spirit-led leaders, instead of individuals who must be “primal leaders” and socially competent. Ministers can be prayerful, servant leaders wanting to build up the body without being “resonant” ones who must be emotionally intelligent. And they can be kingdom-minded leaders with hospitality and relational openness, without requiring them to become visionaries “where life is actualized.” 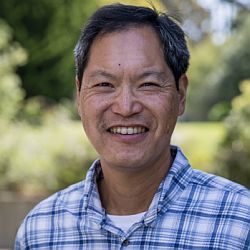