The Christian VU University (Vrije Universiteit) Amsterdam has a diverse theological department. It houses seminaries and institutions of several different Christian denominations and religious traditions: Reformed, Anabaptist, Pietist, Pentecostal, Eastern Orthodox, and also Islamic. Pietist, Reformed, and Islamic students take some of their classes together. Significantly, far from this being a perversion of the Christian tradition of VU University, this plurality has been its trademark since its inception in 1880. Originally, the ideal was to found an institution for higher education that was free from the state and its requirements and from the church and its confessional or church-political restrictions. Behind this was the Christian idea that academia would only flourish when different worldviews were accepted as a prerequisite for good science. In this view, academia was a sphere of its own, where all worldviews were welcome but at the same time debated. This idea was never fully realized in the history of the VU University, but the present theological department comes close.

This model of education is unique in the world. There are no Islamic universities that train Christian clerics, and there are no Catholic universities that train Imams. Most Christian schools founded in the nineteenth century were set in opposition of—or were at least critical of—modern culture. But the VU University presented itself and its model of plurality as a fruit of modernity. The message was that religion had to be understood as part and parcel of modernity and that modernity had to learn to respect religion as belonging to its make-up. How did this come to be historical, especially since Christians have often struggled to come to terms with modernity?

Modernity is a lovely word. It is associated with the present, with dynamics, and with being at pace with the times. Although Christianity is conservative by nature—the historical event as already happened—many churches proclaimed their aggiornamento and social gospel movement to stay in pace with modern times. We love or at least have got accustomed to the benefits (health care, communication, etc.) and dynamics that come with modernity. But when this modern idea of a world enfolding instead of a world as a given structure first got hold of Western culture at the end of the eighteenth century, many Christians did not accept it. That was all the more understandable when we realize that this idea was accompanied by a critique of the supernatural. The world as a creation of God was not compatible with the dynamics of reality, according to some Enlightenment thinkers. So, Christians oft en associated modernity with anti-supernaturalism and criticisms of the Church and the Bible. To them, modernity was not a lovely word at all.

Christians have been trapped by the anticlericalism and naturalism of the Enlightenment—today this image of the movement is still present and communicated by historians like Jonathan Israel. But there have also been Christian thinkers who have welcomed modernity as a new opportunity for Christianity to present itself anew in Western culture—to them it was a lovely word after all. In their opinion those who depicted modernity as being set against Christianity were mistaken, misled by the warnings of their fellow believers or by the utterings of supporters of the anti-supernaturalist agenda of Enlightenment.

Modernity presented itself as a liberation movement. It would set you free from superstitions and from anything that was not compatible with reason. The Dutch theologian Herman Bavinck (1854-1921), and the neo-Calvinist movement to which he belonged, did disagree with this modernist drive and criticized it as being inconsequential. The liberal theologians, but also liberal politicians in the Netherlands, had decided that orthodox Christianity did not meet the standards of reason and therefore had to be ostracized. Bavinck objected to this limitation. Life could not be reduced to the intellectual. He defended that the importance of religion in human life could not be denied by modernity. If modernity really meant liberty, then by consequence it had to grant equal rights to everyone, and not only to those of their liking; so orthodox Christianity should also have its share of freedom.

By nature the freedom of modernity could not exist without plurality. This did not mean granting limited room for orthodox Christianity, but granting it full freedom to develop according to its own parameters, just like the freedom liberalism required for itself. The cultural change that liberalism had brought had been halted halfway according to Bavinck: liberalism simply had replaced Christianity as the ruling public opinion. Real freedom required the abolishment of a dominating liberal or Christian character of the public square, and instead required plurality. This radical idea showed that Bavinck had taken the modernist teachings to heart. Many of his fellow orthodox Christians did not accept such a self-confident kind of Christianity that would go out and claim its public place among many other opinions, and defend the right of other religious groups to do the same. They simply took the dominant presence of liberalism in state and church for granted and gave up in the public face of Christianity. But according to Bavinck, these Christians did not fully understand that the abolishment of the old order meant not only freedom of opinion or democracy, but also the obligation to engage in the public debate and make your opinion known. A proper development of modernity meant a radical inclusion of plurality that asked more from Christians than just relying on the existing order of society or the church, or rendering the public square to the liberals.

To guarantee that freedom, Bavinck and his colleagues recommended their neo-Calvinism as the safeguard for pluralism in the public square. Compared to the Calvinism of older days, it was “neo” in that it accepted modernity’s separation of church and state and full freedom of religion. Modernity had ended Constantinian domination of the Christian church over society and politics. Instead of a Christian society, there now was a religiously and ideologically diverse society in which Christians participated. Bavinck considered this a liberation, for now Christianity could present itself more independently of political authorities and develop more freely. In premodern times Christians could never have founded their own school and defined their own curriculum, but now, in 1880, the VU University Amsterdam was founded, where orthodox Christianity was not excluded from the faculty and curriculum—as was the case in the Dutch state universities.

Today this religious inclusion is still recognizable. Muslim students prefer the VU University to other Dutch and European universities, for they are accepted without being forced to give up their religious commitments and beliefs. At Dutch state universities, for example, the Muslim worldview and approach to science is rejected a-priori, and neither is space provided for Muslims to worship. This is in stark contrast to the Muslim experience at the VU University where both intellectual and physical space is provided for Muslim beliefs and practices. Modernity still copes with the consequence of its stance on freedom: true freedom must include religion, be it orthodox or modern, Muslim or Christian. And to the neo-Calvinists, freedom cannot do without religion. The VU University with its Christian roots at least tries to address this complex issue of religious pluralism. It may have failed many times, but it still has that potential of guaranteeing and safeguarding freedom today. More work needs to be done in terms of creating venues for engaging in interfaith dialogue and to ensure that we Christians and Muslims do not live together, separately. How can the VU University make the best use of these freedoms provided for by its heritage? Questions like these need to be explored as we explore the new realities of religious pluralism. As Christians and Muslims learn to respect each other, so too must modernity learn to respect religion. Modernity is a lovely word indeed. 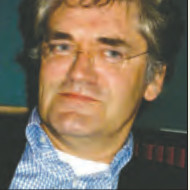 George Harinck is a Professor and Director of the Historisch Documentatiecentrum at the Vrije Universiteit Amsterdam.