The dominant media message regarding the political and religious landscape of Western Europe seemingly declares: Christianity is dying while the number of Muslims rapidly grows; therefore, Europe is destined to become Eurabia. Philip Jenkins, professor of humanities at Penn State University, confronts these messages through this carefully researched book. In doing so, he attempts to separate media mythology from the actual complex reality, looking at factors specific to each religious group, the wider socio-religious context, and their relationship to the dominant secular society. Jenkins does not deny that Western European governments are facing sizable challenges in relation to assimilating Muslim immigrants who possess vastly different cultural, political, and social perspectives. However, he reframes the issue from being a “Muslim problem” to describing it as a “systematic failure by European elites to understand religious thought and motivation” (259). The results of his discussion highlight perhaps surprising and unexpected insights: facets of Christianity in Europe are very much alive and are being dynamically restructured in accordance with the changing European world, secular Europe is being forced to revisit the role of religion and its own value system in conjunction with the state, and the complex realities of Muslim immigration and habitation in Western Europe sharply defy easy stereotypes and glib generalizations.

Jenkins begins by exploring the current state of Christianity in Europe, from the dissolving traditional expressions to highlighting the somewhat ignored influence of new Christian immigrants. Next, Jenkins explores European fears regarding the rapid growth of Muslims through birth and immigration. Following, the bulk of the book considers the multifaceted dimensions of “Europe’s Muslims,” belying this label as painting a false impression of a monolithic entity. Instead, he deepens the discussion by looking at differences found intergenerationally, economically, culturally, and in expressions of spiritual devotion. He intertwines this discussion with an exploration of secular European attitudes and policies, probing potential pitfalls and possibilities.

Jenkins’s argument for this view of Muslim identity in Europe, however, in no way demeans the seriousness of the radicalism that has wrought havoc in various places throughout Europe. In fact, he challenges the reader from all perspectives—from those who do not take religious devotion seriously and believe that Islam’s only safe recourse is to move it towards what Jenkins describes as a “pallid liberal Islam” (272), to those who believe all Muslims share a tendency toward radicalism.

Although Jenkins strives to write objectively as possible, several times he alludes to an assumption that cultures travel the same historical path in a predictable sequence of footsteps. For example, he points to differences in gender issues as not being a “clash of civilizations” but a “time lag of a generation or two,” pointing to how much such views have changed in Western civilization in the last century (210). Whether this is true or not will only be revealed by time, but one must be careful in assuming that a different culture will come to the same conclusions in the same way.

Jenkins does not offer any radical solutions, nor is that the point of the book. His careful research, however, allows the nuances and complexities of the situation to emerge, and his final two chapters probe potentialities, both good and problematic, for the present situation. His analysis offers a rich perspective for those engaging in interfaith dialogue. As Christians in Europe wrestle with pertinent questions regarding how to relate to Muslims and how to understand the Qur’an and Muhammad in relation to their own beliefs, Jenkins unravels the various factors surrounding the issues, allowing for a both deeper and broader discussion. Although there is much to soberly ponder in this book, his closing thoughts on Christianity in Europe are hopeful. Speculating that continued contact of Christians with Islam will probably inspire reactionary religion that defines itself simply against Islam, he reiterates that it these interactions will continue to encourage fresh expressions of Christianity. When we take into consideration the stream of Christian immigrants from the global South, Christianity may be turning to a brand new page in Europe. 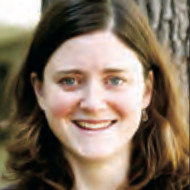 Melody holds an MA in Theology and Cross-Cultural Studies from Fuller Seminary and she is part of the founding of Evangelical Interfaith Dialogue.