“Egypt’s emerging papyrus technology continues to alarm parents and law enforcement.  A new bill introduced today would let the government regulate material found on papyrus. Legislators said, “paperspace,” as it known to so-called writers, is becoming a haven for monotheists, con artists, and worse, hoping to prey on the young and the gullible” (italics added).

Every new communication technology threatens to upset the status-quo of the existing system’s apple cart. The satirical “news” above, was an April Fools’ tongue-in-cheek story aired by ABC News on April 1, 1997, in order to lampoon the alarmist response to the expansion and impact of the Internet and digital communication. The piece underscored the fact that such hysteria about new media technology was not exactly new. It references the worry of religious authorities regarding the rise of monotheism and others. Obviously, the most concerned would be the priests of Ra and other Egyptian gods.

This fear and distrust of new media’s influence on religious authority did not stop with polytheistic religions. It has also been seen in the theistic traditions of Christianity, Judaism and Islam. Prior to the written word, the religious leader received and carried the revelation of God’s truth in the person of the priest/priestess, prophet/prophetess. Religious authority resided in the person who wore the mantle of leadership. With the Technologizing of the Word,[ii] authority assumed new meaning and dimensions. When authority was vested on an individual by God or the community, it followed age and experience. As the text became the source of authority, knowledge and expertise became focal sources and dimensions of it.

New technology and the changing mediascape are not only impacting all institutions, but also religious practice. In this discussion, Pauline Cheong sets the stage for a much-needed critical examination of the nature and implication of hyperconnectivity on religious authority and practice. A central question she poses is: “To what extent can new mediated agents perform and communicate religious authority and influence?” The strength of this wider discourse is the attempt to invite a dialogue between orthodoxy and orthopraxy.

Throughout time, religious institutions have been innovators and early adopters of new technology. They typically adopted the new medium first and examined its influence later. Many think the cyberrevolution is still at its infant stage. The benefit of calling for this discussion is that, although the proverbial train has left the station, there is still adequate time to reflect and be intentional about the role of digital culture in religious life and practice. With the permeation and widespread adoption of digital technology in the political, economic, educational and social spheres, it was a matter of time before the impact would be felt in religious and spiritual dimensions as well.

Some attention has been given to how worshipers are adapting their religious practices to digital culture and adopting new media technology in their religious practices.[iii] Those attempts have examined issues of community building, interfaith and interdenominational dialogue, and doctrinal fidelity, among others.[iv] In particular, this piece nudges us to attend to the negotiation and navigation of authority, when religious community takes on new forms. This dialogue enables us to reflect on the praxis of faith and worship in the new media environment.

On a personal level, due to the Covid-19 pandemic, I have not been in a traditional church gathering for the greater part of 2020. However, I have been participating in two, sometimes three, even four, virtual worship services every Sunday. I am writing this piece from my home base in Southern California. I am preparing to minister, this Sunday, via Zoom, to a dispersed community of believers, scattered around world. The nucleus of the group inviting me to minister is in Atlanta, Georgia; but participants are drawn from North and South America, Europe, Africa and Asia. I will be alongside a friend and fellow minister who is based in South Africa. We will be supporting our friends, the senior pastors of Redeemed Christian Church of God, Buckhead, Atlanta. Thanks to virtual technology, we have become regular guest-ministers and fellow worshippers at this glocal assembly. One particular observer recently asked if we are now regular pastors at this church? This is a legitimate question, one that lies at the heart of religious authority in the age of hyperconnectivity.

Cheong’s thought-provoking piece identifies both what is new and what is not, in relation to our understanding of authority in the digital church. This includes the fact that religious authority has always been stable at the institutional level, but fluid at the personal level. In her discourse, it is implied that technologically mediated religious practice has introduced a third dimension, that of constant negotiation. The question of whether this dialectic will “reproduce,” “mar” or even “erode traditional authority” is a poignant one.[v]

The concern that digitization of religion will undermine authority is legitimate. Experience has shown that digital culture has promoted a do-it-yourself ethic, to which religion is not immune. Central to this consideration is whether technology will serve religion or religion will serve technology. Skeptics view Reverend Robot as an anathema, if not a precursor to, or agent of, the Anti-Christ. Those who have come to rely on artificial intelligence for almost every aspect of life may see nothing unusual about a non-human priest, imam or rabbi. If technology is a system for enhancing human capacity and senses, it can as well aid spirituality, they would argue. However, there is a thin line between aiding and substituting. Jesuit priest and technology scholar, Jacques Ellul, warned of the danger of technology becoming an idol.[vi] The minister of religion is considered to be exercising a delegated authority from God. This requires being called, chosen and commissioned into the office as a minister. It is not clear to what extent the same can be said of a robot or A.I.

The role of big data in service of religion is another intriguing issue articulated by Cheong. It is certainly one of the areas where religious ministers can both be served and, potentially supplanted, as well. Imagine how much big data can do to assist religious ministers in areas of spiritual and emotional care and spiritual growth. While mega churches are proliferating, the number of people entering into traditional ministry in mainline denominations is not growing at an equal pace. In many parts of the world, churches are closing due to absence of ministers or the inability to support them. In Cheong’s words, “roboticization” and technologizing of ministry will not only fill the gap but can serve more people by overcoming the human limitations of knowledge, stamina, and locality. Thus, digital media can be a religious leader’s ally. Ministers are using information to extend their presence, reach and influence. The humanoid minister can be ubiquitous.

As the Church of I.A. has shown, technology can become not just a mediator but an alternative end of our supplication, or a supernatural entity, of its own. It also raises ethical questions. If I.A. knows minute details of your personal life, how will that affect the confessional aspects of religious practice? Would one need to confess one’s “sins” the prying eyes of big data already has that secret information? Rev. Robot may advise you on how to overcome your “besetting sins” before you confess them. Could that also be too intrusive? Could that rob one of independence?

It may be argued that spirituality and spiritual authority require the agency of the human soul and will, which machines may not have. Machines can resource those seeking to strengthen their spirituality, only to the extent they do not make God seem irrelevant.

Furthermore, while technology has an equalizing effect on hierarchy and power structures it is also used to support and strengthen them.[vii] As such, should we fear technology? Perhaps what is needed is a proper regard and appreciation of technology in the religious space. On the one hand, technology might be a benevolent force if it is the hands of benevolent religious leaders. In another’s, it might be a malevolent force in the hands of “religious celebrities, pastorpreneurs, and holy mavericks,”[viii] seeking to extend their personal brands and influence.[ix] Using cybertechnology to amass and concentrate more power and authority in the hands of leaders who elevate themselves to cult status will be anything, but “A Holy Influence.”[x] It will aid religious authority when used to further expand the electronic religious tent and bring more worshippers under influence of divine spiritual authority.

Some would even assert that the notion of religious authority is one that needs to be re-examined and/or set aside. The Old Testament story of the Prophet Moses would suggest otherwise. When Moses’ aide wanted to protect his religious authority by making sure others did not share in his influence, the Moses replied: “Are you jealous for my sake? I wish that all the LORD’s people were prophets, and the LORD would put his spirit on them.”[xi] In this instance, Moses’ influence did not diminish because his followers now had access to, and could hear God directly, for themselves. If anything, his influence and stature increased. Likewise, an ideal ethic of religious authority in the age of cybertechnology and cyber-religion should give worshippers more direct access to God, without making the minister obsolete. 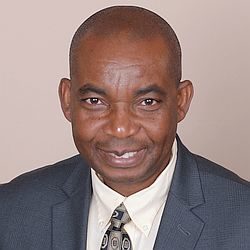 Bala A. Musa (Ph.D., Regent University) is Professor of Communication Studies at Azusa Pacific University, Azusa, California. His scholarship, publications and research interests span the fields media ethics, new media and religion, intercultural communication, development communication, peace and conflict transformation, and popular culture, among others. He serves on the boards of many non-profit organizations and academic journals. Musa, his wife, Maureen, and their three adult children live in Southern California.