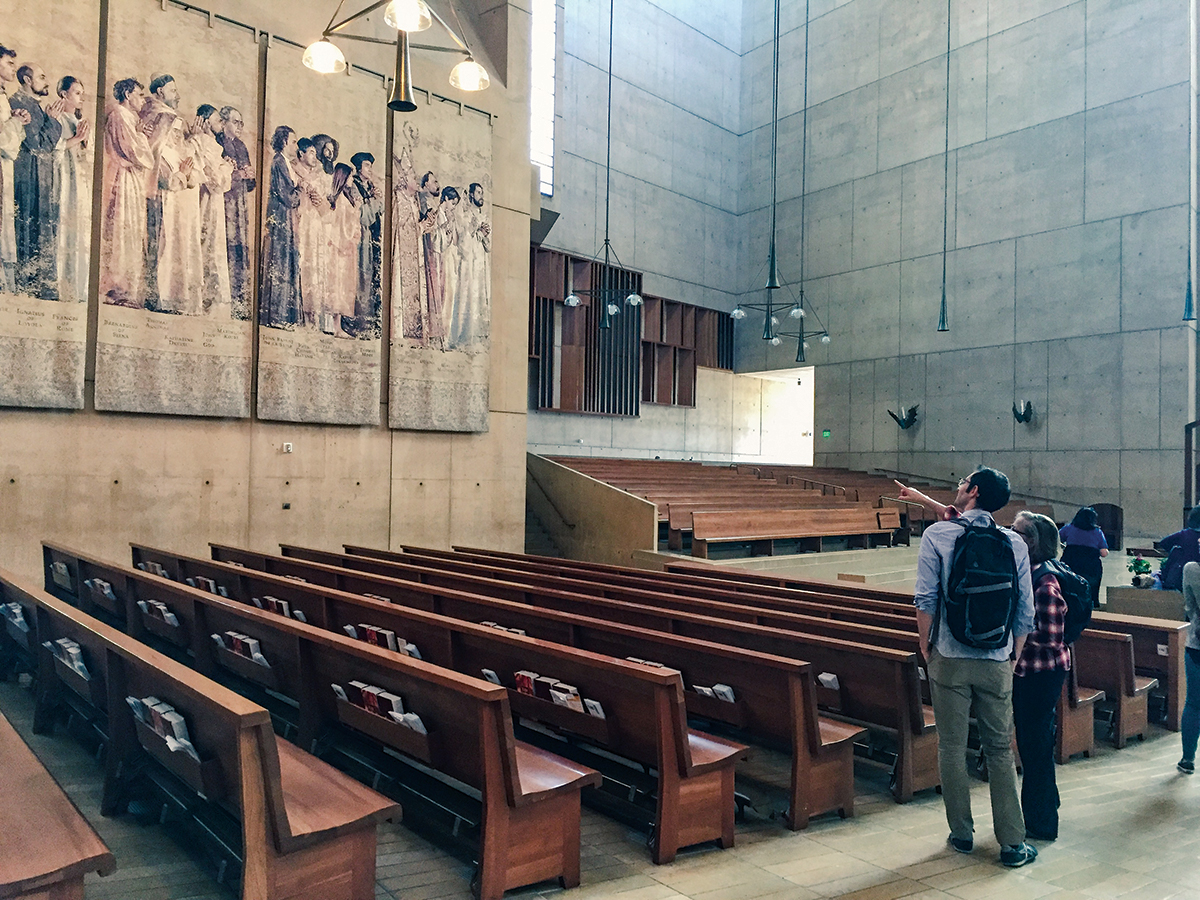 The platform of the Chinatown Metro Station offers an expansive view of Los Angeles. City Hall and Union Station tower above surrounding buildings. The Financial District’s skyscrapers stand farther back. Mary Glenn, a law enforcement chaplain who also teaches in the School of Intercultural Studies, points out buildings that others might not be quick to see, like the Men’s Central Jail. The faculty accompanying her are Chris Blumhofer, Erin Dufault-Hunter, Susan Maros, Mike McNichols, Johnny Ramírez-Johnson, Dave Scott, and Alison Wong—members of the faculty Formation Groups that meet regularly over the course of the year.

With the skyline in the foreground, Mary frames the day ahead, an urban retreat into LA. The cohort usually retreats to the nearby Mater Dolorosa or Descanso Gardens, places of stillness and natural beauty. Today’s outing is different. “We’re here,” Mary explains, “to engage with what integrated peace looks like in the city.” For the faculty gathered, listening to the stories the city has to tell is the first step.

The group begins at Homeboy Industries, an organization that supports formerly gang-involved and previously incarcerated women and men. The next stop is the Cathedral of Our Lady of the Angels, where Father Alexei Smith describes the church’s desire to be a gathering place for people of different religions. At the foot of the county’s Hall of Justice, they hear from Sgt. Jenelle Meier about law enforcement in LA.

The group listens intently as each voice adds contours to the urban landscape around them. In response, they pray. At each location, they pause to recite the words: “Jesus, together we seek your peace in this place.”

“God has already been doing amazing things here,” Dave Scott says in reflection. Yet for all the good that’s made up the city’s narrative, it has its sins, too. Mary identifies the spot across the street from the district attorney’s office where indentured servants were once sold. Walking through Little Tokyo, one can’t escape the memory of internment during World War II. And injustice is a present reality as well. As they pass federal buildings, Mary points to the immigration prison that looms close behind. Los Angeles, she says, has trained itself to become a city that forgets. Erin Dufault-Hunter laments, “How much forgetting has made LA a very unjust and unkind city?”

Erin, the only LA native of the group, stands by Chris Blumhofer, a recent arrival from the East Coast. Yet each faculty member present recognizes that they have a part to play in the city’s life and peace. Looking around at the new architecture sprouting around older buildings, Johnny Ramírez-Johnson notes the city’s ongoing transformation. “It breaks the old way of thinking,” he says. “A new and unpredictable path.”

Their day ends in the plaza marking the Azusa Street Revival, a time in the city’s history that saw a great movement of the church through the Spirit. Circling up, they breathe out their prayer once more: “Jesus, together we seek your peace in this place.”

+ In the image above, Erin Dufault-Hunter, assistant professor of Christian ethics, and Chris Blumhofer, visiting assistant professor of New Testament, take in the Communion of Saints tapestries lining the sanctuary of the Cathedral of Our Lady of the Angels. The tapestries depict saints, both canonized and not, across history and from all over the world. The saints face the altar, behind which is a stylized map of downtown LA, reflecting the church’s outward mission to the city. 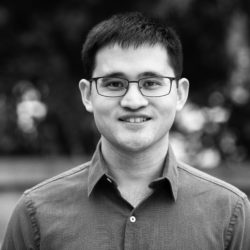