The Spring 2010 issue of this journal featured a short article by Matthew Krabill that explored the history and interfaith implications of the seminal Edinburgh Missionary Conference of 1910. That article was both timely and prescient given two important events this year: the one hundredth anniversary of this significant missiological (and ecumenical) conference, and the holding of a centennial conference, “Edinburgh 2010,” to commemorate the original gathering and reexamine our common call to mission.

This short article has a similar aim in light of this year’s Third Lausanne Congress on World Evangelization, which was held October 16-25 in Cape Town, South Africa. The “Lausanne Movement,” as it is called, is traditionally dated to the 1974 International Congress on World Evangelization held in Lausanne, Switzerland, where over 2,700 participants and guests from 150 countries gathered to discuss and promote the cause of worldwide evangelism. This is technically correct but, as one might suspect, considerable planning and preparation went into the 1974 meeting, and it was in fact pre-dated by a conference with similar goals held eight years earlier: the 1966 World Congress of Evangelism in Berlin, cosponsored by the Billy Graham Evangelistic Association and Christianity Today. The 1974 meeting was spearheaded by Billy Graham, John Stott, and others, and did much to transcend denominational affiliation and encourage worldwide collaboration toward the common cause of global evangelization.

The Lausanne Movement’s slogan, “The Whole Church taking the Whole Gospel to the Whole World,” suggests that modern evangelical efforts have been aided by the rise of ecumenism and globalization, and this certainly seems to be the case. On the other hand, it must be kept in mind that large-scale modern (and postmodern) evangelism does not trace back to Switzerland in 1974 or Scotland in 1910 but, as the gospel writers should continually remind us, to the divine mandate in the New Testament:

And Jesus came and said to them, “All authority in heaven and on earth has been given to me. Go therefore and make disciples of all nations, baptizing them in the name of the Father and of the Son and of the Holy Spirit, and teaching them to obey everything that I have commanded you. And remember, I am with you always, to the end of the age.” (Matt. 28:16-20; cf. Mark 16:15-18)

The organizers and participants of the 1974 Lausanne meeting clearly kept the “Great Commission” in mind when they drafted the Lausanne Covenant, which embodies the dual sense of servant leadership and global evangelism that has guided the movement since. But given that one of the purposes of this journal is to ground interfaith dialogue in the context of the mission of God (missio Dei), perhaps the message and purpose of the Lausanne Movement should engender questions relevant to encountering the religious other. Such questions might include the following:

1. If we think about “evangelism” in the broader context of “mission,” what exactly is the function of interfaith dialogue in such a mission? Does dialogue take place for the sake of mutual and cross-cultural understanding, or is it little more than a covert evangelistic tactic?

2. If the challenge of Evangelical interfaith dialogue is, as Richard Mouw has suggested,1 to preserve theological orthodoxy without succumbing to relativistic pluralism, and to transcend the polarization between “evangelism” and “dialogue” in the interest of complementarity, then how might we integrate the biblical call for evangelism with a call for dialogue?

3. Can dialogue, in and of itself, make space for God’s grace? When we dialogue with friends and colleagues in Jewish, Muslim, Hindu, Buddhist, Sikh, Jain, Baha’i, Zoroastrian, and other communities, is it possible that these encounters themselves make room for the mysterious and saving grace of God?

The Lausanne Covenant reminds us of the nonnegotiable and public commitment of Evangelicals to the “uniqueness and universality of Christ” (section 3), but the covenant also reminds us that, in the final analysis, God is the real actor who brings salvation to the world. “Worldwide evangelization,” as section 14 of the covenant reads, “will become a realistic possibility only when the Spirit renews the Church in truth and wisdom, faith, holiness, love and power.” It is as agents in the world on behalf of God that we “Go into all the world and proclaim the good news to the whole creation” (Mark 16:15). The same theocentric perspective must be kept in mind as Evangelicals engage in interfaith dialogue, especially as we come to more fully understand and appreciate this exchange as a theologically significant dimension of the missio Dei. 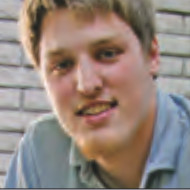 Donald Westbrook is a PhD student in the School of Religion at Claremont Graduate University, studying American religious history. He serves as a regular consulting editor and contributor to Evangelical Interfaith Dialogue and holds an MA in Theology from Fuller Theological Seminary and BA in Philosophy from the University of California, Berkeley.