As an Australian Pentecostal interested in liturgy (or at least explicit use of the word), I often find myself late to the party, so to speak. If my issue is not geographical (we’ve improved from a three-month sea journey to a fourteen-hour flight to Los Angeles), it is denominational. Our liturgical history is assembled largely in well-told stories. So after enrolling in Fuller Theological Seminary’s PhD program to engage the topic of Aboriginal reconciliation, I was surprised to receive a number of loving warnings from well-respected nonindigenous leaders. Many referenced demonic encounters during Pentecostal camp meetings, and similar activity at the World Council of Churches’ Canberra assembly in 1991, where (as relayed to me) many Pentecostal pastors left highly disappointed.

However, the demonic was far from my mind. I had learned that more indigenous Australians identified as Christian than the wider Australian population (73 percent versus 61.1 percent in the 2011 census),1 while in contrast, 1 percent identified with traditional religion(s) (6 percent in “very remote” areas).2 With all self-identification, high nominalism can be assumed, and in the case of Australia, its history of mission by force has contributed to a negative perception of mission. Yet since the 2006 census, the indigenous figure rises (from 69 percent), while the nonindigenous one is falling (from 63.9 percent).3 Even so, the visibility of Aboriginal and Torres Strait Christian leaders is minimal.4 Peggy Brock recognizes the regional contribution of Maori and Solomon Islander evangelists who travelled into the Australian outback preaching the gospel, sometimes well before white colonizers.5 And Hutchinson and Wolffe note Christianity as the “dominant” religion of indigenous Fijians,6 in contrast to immigrant Hindu and Buddhist populations. Moreover, in Tonga, Methodism is “intrinsic” to the kingdom’s identity.

Interestingly, Aboriginal congregations are often viewed as a mission field. Most indigenous pastors I have spoken with emphasize the need for continuing support to reach communities suffering Australia’s “Indigenous Disadvantage” of social exclusion—a term used to reflect lowered life expectancy, education, and employment, and increased incarceration, alcohol/drug abuse, and suicide. However, conversation on inequalities within the church is often shortcircuited by misperceptions regarding indigenous religiosity. Historically, Western Eurocentric assimilation policies suppressed Australian language, music, and cultural artifacts. Because Aboriginal theology is under construction, there is no Christian interfaith appraisal of original indigenous religiosity.7 Highlighting the wisdom found in indigenous religion(s) would be greatly fruitful (1 Cor 2:14).

The thesis of my article is that many Australian Pentecostals conflate indigenous religion(s) with indigenous culture. Therefore, there is need to reexamine Christian engagement with Australian religion(s). However, some Pentecostal Aboriginal pastors model interfaith dialogue ritually in embodied poetics, utilizing discernment to note the Spirit’s universal work in the land while preserving the distinct message of the saving power of Jesus Christ.

Before colonization, Australia had over five hundred nations, each with a spirituality centered in customary maintenance of the land.8 Often called “the Dreaming,” this is described as the ancestors’ creative action that enchanted the earth along Dreaming tracks (i.e., this land is still sacred today).9 Stanner emphasizes that Dreaming is not illusory but in fact “a poetic key to reality.”10 Fiona Magowan sets out a poetics of Christian worship in the Northern Territory.11 Interestingly, indigenous pastors in Anglican, Baptist, Uniting, and even Catholic churches display a strikingly Pentecostalized approach to liturgy. I estimate as many as 60 percent of indigenous Australian Christians may be Pentecostal or charismatic, defined by a theological emphasis upon lay participation, glossolalia (speaking in tongues), and rites of healing.12 However, other markers such as a hermeneutic of experience and emphasis on testimony are also displayed. These characteristics were explained to me as stemming from the influence of Dreaming spiritualities.

The New Testament worship practice that emerged after Pentecost interlinked leadership roles of preaching the Word and interfaith dialogue with concrete social manifestations, separated from Acts 6 onwards.13 Later, the church’s stewardship of the world was epitomized in Christendom, the notion of “Christian nations” preaching the gospel abroad, beginning in Europe and eventually reaching “The Great Southland.”14 Australians now assess a tangled aftermath of religious and commercial endeavor fueled by the “doctrine of discovery” that carved Oceania into its current form.15 Many Aboriginal pastors express both thankfulness and distress at what came “across the seas.”16 In the book of James we see such human tensions: “from the same mouth come blessings and cursing—how can this be?” (3:10). In Australia, witness to Jesus the Word was entwined with cultural superiority, exploitation of the land, and an “otherizing” exclusion of original inhabitants.

Mission scholar David Bosch promotes a three-strand association between Christian witness and worship in the context of mission; not just God’s truth (theoria) or social justice (praxis) but also poesis in the Greek sense of making or forming the cultural imagination. He states:

“People do not only need truth (theory) and justice (praxis); they also need beauty, the rich resources of symbol, piety, worship, love, awe, and mystery. Only too often, in the tug-of-war between the priority of truth and the priority of justice, this dimension gets lost.”17

These are wise words. If we look a little closer, poesis not only interconnects truth speaking and justice practices, it is highly useful in interfaith engagement. It was borrowed Greek poetry that Paul used in public dialogue at Mars Hill (Acts 17). Similarly, an ignited cultural imagination propelled boats from England over rough seas towards the distant islands. For some, it was the simple allure of a mysterious Southern continent said to balance the world. For others, it was the thought of destitute natives living in bark houses, or knowledge these peoples did not share the comfort of eternal salvation. It is now the responsibility of the Australian church to discern the blessings and curses within our inherited cultural imagination.

In the Pacific islands, influential poetic images and thoughts were transmitted through song. In Australia, this practice continues, and perhaps one could posit that Hillsong Music, Planetshakers, and other Australian Christian music publishing houses could be said to borrow from indigenous song-sharing rituals. Music plays a significant part in mission and cultural imagination, but is largely westernized in both sound and in language. Creative indigenizing of American and British hymns was documented in Polynesia as early as 1828.18 Missiologist Alan Tippett notes new religious movements that travelled in song later in the 1970s, also citing resistance to cultural emblems,

“…’Onward Christian Soldiers’ swept around the [Solomon Islands] Lagoon like a song ‘hit’. The elders and old women felt that some of the Christian mana [power] was coming from these hymns, which were regarded as magical; and therefore they banned their use.”19

For many, song popularity is evidence of the Spirit’s anointing. I make no claim against songs carrying biblical (or salvific) revelation. However, in many cases, our understanding of anointing is based within cultural values, as the example from Tippett shows above. Should Sabine Baring-Gould (the author of “Onward Christian Soldiers”) face accusations that this song held Christian magic, many would consider this laughable. Yet, many indigenous Australians face such accusations when they attempt to integrate language or the sounds of “the bush” into worship. This raises the question of whether song-sharing practices should be considered interfaith dialogue.

My goal is not to make a mockery of Pentecostal spiritual practices. In fact, it is the opposite—we need to foster values and virtues that promote discerning of a divine absence from the merely anthropological, as Amos Yong suggests in Discerning the Spirit(s): A Pentecostal-Charismatic Contribution to Christian Theology of Religions.20 Experience is important for human spirituality. Other than through bodily senses (such as sight to read), I cannot encounter the Word. The potential for Australian Pentecostals to extend poesis beyond a simple one-way missional communication into respectful interfaith dialogue is vast.

Recently, I met two liturgists involved in the Canberra WCC event, Swedish Per Harling and Brazilian Simei Monterio. I sat transfixed as Per described the committee’s intentional involvement of indigenous Christians. This service fell in Pentecost season, with the text of Acts 2. These Christians chose to integrate smoke as an echo of traditional welcome ceremonies in honor of the land and people. Participants walked through fragrant smoldering eucalyptus branches as a purifying symbol. These liturgists saw smoke as analogous to the Holy Spirit in Christian worship tradition. Both spoke of surprise at rejection of this element by Pentecostal Christians. They also relayed stories I had never heard. Per mentioned that as they read of the Holy Spirit’s descent upon the Upper Room, a magpie entered the tent and flew over worshippers heads, reminiscent of gospel passages in which Jesus received the Holy Spirit like a dove (Matt 3:16, Mark 1:10, Luke 3:22, John 1:32). He also mentioned that an African American participant was astounded at the significance of the bird’s black and white markings—for him, a symbol of racial unity poured out at Pentecost. Per denied orchestrating this moment. But perhaps it was a prophetic symbolic act organized by God who has been present in the land before Christ’s name was spoken. And perhaps the art of interfaith poesis is not an effort to promote Christian images, but the ability to see the Spirit when dialoguing with the cultural symbols of the world.

Within the urban environment, the Indigenous Disadvantage is often described as spiritual, with increasing indigenous efforts to recover indigenous religious practices.21 But is Australian Christianity capable of dialoguing in dance? Or does Western aesthetic and culture demand that while ideas should be shared, practices should not? Perhaps the key to all this is the reality that while writing may change minds, poetics changes hearts.

1The Australian Bureau of Statistics (ABS) footnotes indicate indigenous responses were as high as 74%, with statistics adjusted due to concerns that these Australians misinterpreted the survey (ABS, Year Book Australia: Religious Affiliation—1301.0, Canberra, 2011).

2The ABS classification “very remote” is one of six indicators. It measures remoteness in terms of accessibility along road networks to urban service centers for populations above 5,000. The term “very remote” covers regions including Australia’s deserts, the Kimberlies, tropical Arnhem Land, Cape York, and the Torres Straits. While traditional ways of life are observed by some communities, the statistics show very low self-reporting of traditional spirituality, even in these areas.

4This is noted by both Mark Hutchinson and John Wolffe (A Short History of Global Evangelicalism [Cambridge: Cambridge University Press, 2012], 236) in the historical literature and by Carolyn Schwarz and Franciose Dussart (“Christianity in Aboriginal Australia Revisited,” The Australian Journal of Anthropology 21 [2010]: 2) in the anthropological literature.

7The most well-known attempt at Aboriginal theology is by the Rainbow Spirit Elders, Rainbow Spirit Theology: Towards an Australian Aboriginal Theology (Blackburn: Harper Collins, 1997). However, various other oral contributions are emerging.

13These connections are outlined at length in Alan Kreider and Elanor Kreider, Worship and Mission after Christendom (Scottdale, PA: Herald Press, 2011).

14For a history of this term and its use on Australia Day, see R. Hardiman, “Celebrating Australia Day: Unwrapping ‘The Great Southland of the Holy Spirit,’” Pastoral Liturgy 39 (2009): 9.

15Some of the best outlines of the “doctrine of discovery” and its impact upon the Americas are found within the edited volume by A. Yong and B. B. Zikmund, Remembering Jamestown: Hard Questions about Christian Mission (Eugene, OR: Pickwick Publications, 2010).

18Amy Stillman, “Prelude to a Comparative Investigation of Protestant Hymnody in Polynesia,” Yearbook for Traditional Music 25 (1993), 91. 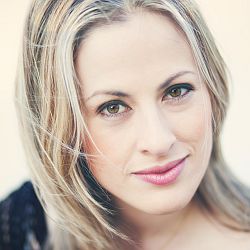 Tanya Riches is an Australian worship leader, songwriter, and speaker, currently studying at Fuller Theological Seminary. Her congregational songs have charted internationally, and many are used worldwide across all denominations. With her husband, Tim Sheerman, she runs Arabah Ministries to equip and empower local churches.