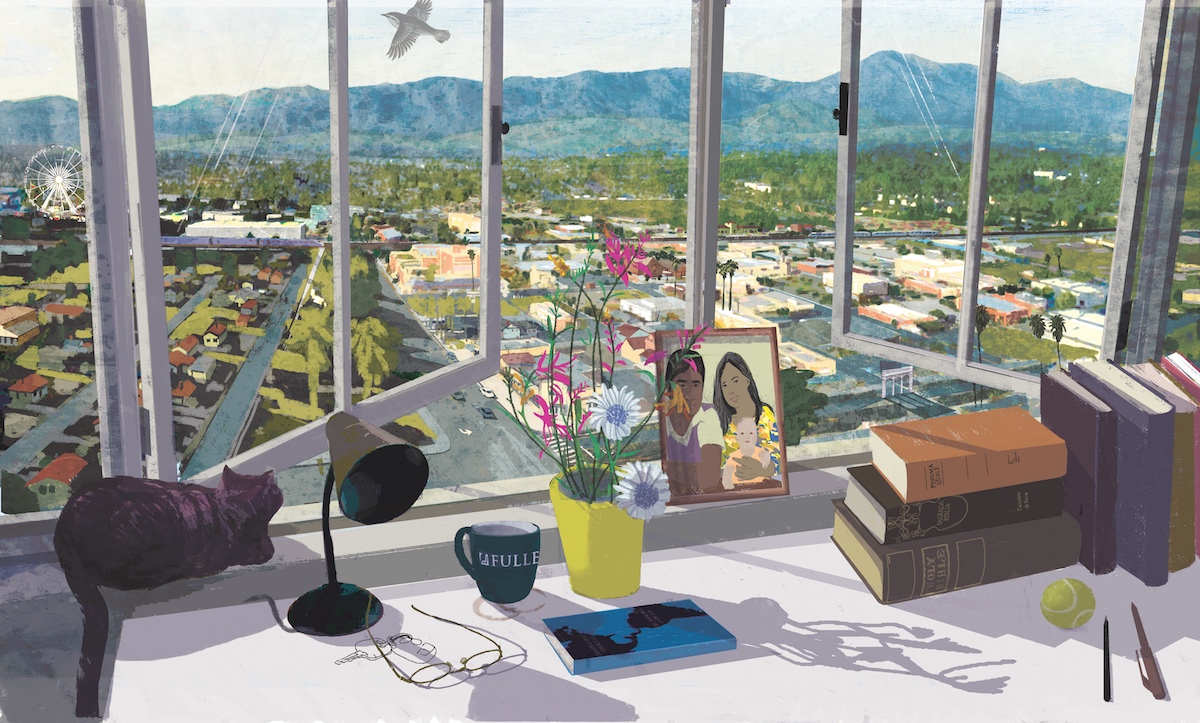 The Old Testament has its roots in two great disruptions: the collapse of the Late Bronze Age geopolitical system and the Babylon Exile. These came at the beginning and end, respectively, of the independent national existence of Israel and Judah. So the story of the God of Israel emerged as it did only because of disruptions, and in the ancient Near East, political disruptions were commonly imagined as a state of death. The affirmation that the Lord brings life out of death became a foundational confession in both testaments; it remains the core of the Christian faith, particularly powerful in times of suffering and trauma.

THE END OF EMPIRES AND THE BEGINNINGS OF ISRAEL
In the Late Bronze Age, the ancient Near East was dominated by a handful of imperial powers, including Egypt, Hatti, and Babylon. With heavily fortified cities, large militaries, and extensive networks of trade and diplomacy vividly attested in the Amarna Letters, these few powers bestrided the world. There were numerous cities in the narrow middle land, which was sometimes called “Canaan,” but these were merely fought over by the pharaoh and the Hittite emperor. They primarily used a writing system imported from Mesopotamia.

This world order would have seemed quite permanent after centuries, but it was not. It came to an end surprisingly quickly around the turn of the 12th century BCE. This was the period of the “Sea Peoples,” a group of marauders that seems to have worked its way around the western Mediterranean coast. No single factor caused it, but rather a conflagration of problems contributed: climate change that brought about drought and famine, earthquakes that shattered the walls of some great cities, and eventually uprisings and the collapse of international trade controlled by royal courts. The great walled cities fell, one after another.1 By the end of the 12th century the Hittite Empire had passed away, as had many major Greek city states such as Mycenae. The Egyptians and Babylonians saw their territory shrunk and their power greatly curtailed.

Out of this great disruption, Israel eventually arose. It was able to emerge as a nation because there was a power vacuum in the ancient Near East. Although archaeology and extrabiblical texts can tell us very little about the flourishing of Solomonic Israel, it would have been possible because Egypt and Hatti no longer dominated the land. Their collapse made room for the power of regional kings and for their courts and scribes, who developed national dialects and began to record the stories that have become our Bible.

The biblical stories about the people’s roots in Egyptian oppression, and of divine salvation—in other words, one of the fundamental points of the Old Testament’s “gospel proclamation”—formed the story of a great disruption in the world. The very name of Israel (“God struggles/ contends”) reflects these origins.

THE END OF MONARCHY AND THE BEGINNINGS OF A BIBLE
Arguably, though, it was not this original struggle that made Israel and its Scriptures as distinctive as they now are. After all, every one of the Canaanite nations worshiped a national deity, and if Iron Age writings are any indication, they initially had fairly similar ideas about what they did. Texts like the Mesha Stele from Moab and the Azatiwada inscription from Neo-Hittite Karatepe reflect ideas familiar from the books of Samuel and Kings—the gods blessed the king and expanded his land, but could also punish him and the nation and disempower it when they did the wrong thing.2

Instead, it was the second great formative disruption, the Babylonian destruction of Jerusalem, that gave us the Bible we now have. The temple was looted and burned to the ground, thousands of the people deported, and the city walls were destroyed—and so the Royal Zion theology that had held the Lord’s king and city to be inviolable was irrevocably shattered.

Practically every part of the Old Testament is touched by those events: the anti-Babylonian polemics of the creation story in Genesis 1, the Tower of Babel account in Genesis 11, the wholesale revision of the nation’s history in Joshua–2 Kings in light of the failure of kingship, the psalms of lament, the preservation of the prophets’ warnings. Although there is an ample amount of preexilic literature in our Old Testament, it is entirely reframed from a postexilic perspective. Never again have the people of God looked back on their history in the same way.

Sometimes this reflection is explicit, as when Psalm 89:49 asks, “Where is your steadfast love of former times, O Lord, that you swore to David in your faithfulness?” or when Lamentations ends with the implicit question of whether God has “utterly rejected us, and [is] angry with us beyond measure” (Lam 5:22). Other times, as in the book of Job, the questions and reflections on suffering are refracted through literary conceits. But in either case the disruption looms large.3

Arguably, the Old Testament itself took on its present shape out of this process of reflection. After the exile, Ezra is said to have held a public reading of “the book of the torah of Moses,” which may have been compiled for the occasion. In other words, it may have been the first time the Torah existed in something like its canonical form.

THE END OF LIFE AND THE BEGINNINGS OF OUR FAITH
For humankind, the greatest disruption of all is death. It is not entirely surprising, then, that these historical traumas in the life of God’s people were described from early on as resurrections from the dead (Hos 6:1–3; Isa 26:19; Ezek 37:1–15). The same God who destroyed the cities and certainties of his own people also gave them a new beginning: “Your dead shall live,” Isaiah promises. Ezekiel 37, the latest and most extensive of the aforementioned passages, meets head-on the sort of doubts raised by Lamentations and Psalms; in it, the people say, “Our bones are dried up, and our hope is lost; we are cut off completely.” But it contradicts their despair with a different answer from God: “I am going to open your graves, and bring you up from your graves, O my people; and I will bring you back to the land of Israel” (Ezek 37:11–12).

As it happens, the biblical authors were not the first to talk in this way. There are numerous ancient texts from before the time of the Bible in which a regional ruler, restored to his throne or saved from an uprising, thanks the emperor who saved him and ascribes to him the power of revivification; an Amorite kinglet wrote to the Hittite Hattusili III: “You are giving life to me, a dead man.” Much later, the same Cyrus of Persia who returned the Judeans to their land after the exile was called by Babylonian scribes “the lord by whose aid the dead were revived.”

Although raising the dead was a longstanding facet of ancient religions and was debated in Second Temple Judaism, Christianity was arguably the first religion to consider resurrection the central and most salient fact of divine activity. As Paul wrote: “If the dead are not raised, then Christ has not been raised. If Christ has not been raised, your faith is futile and you are still in your sins. Then those also who have died in Christ have perished. If for this life only we have hoped in Christ, we are of all people most to be pitied” (1 Cor 15:16–19). There is no other place where Paul speaks in this way, staking everything he has preached and done on one fact and one doctrine.

To whatever extent we are a “people of the book,” we are a people of trauma—of disruption. Far from being promised rest and peace, we are asked to take up our crosses and follow Jesus to Golgotha. But the resurrection of the dead is God’s paradigmatic answer to disruption and trauma. The God who brought Israel back from the dead also brought Jesus Christ back from the dead. The God who had already conquered death and swallowed it up in the life of his people (Isa 25:8) conquered it again in the person of Jesus.

It is certainly natural to want things to be otherwise—to not have to go through disruption and restoration. I reflect on this in terms of Fuller’s present direction: We would all, at many times, like to have a billion-dollar endowment that makes our purposes feel as permanent and inviolable as First Temple Jerusalem did, and to be spared the difficult self-reflection and reinvention that we currently face. (Probably no one will complain if, like Israel and Judah, we’re given a few centuries of rest in the land of Pomona after this and before the next disruption.) Nevertheless, the present traumas beckon us out of potentially false forms of confidence and closer to the experience of God’s people throughout the ages.

The months to come are likely to find us torn between lament and praise. We aspire to the faith of Job in his time of mourning—a faith that was itself only aspirational, only the beginning of a conversation: “The Lord gave, and the Lord has taken away; blessed be the name of the Lord.”

ENDNOTES
1. For readers interested in the topic, Eric H. Cline’s 1177 B.C.: The Year Civilization Collapsed (Princeton University Press, 2014) offers a very readable discussion.
2. Both texts are discussed in my book Hidden Riches: A Sourcebook for the Comparative Study of the Hebrew Bible and Ancient Near East (Westminster John Knox, 2014).
3. A number of recent scholars have used trauma theory to understand the Bible; one example is David M. Carr’s Holy Resilience: The Bible’s Traumatic Origins (Yale University Press, 2014). 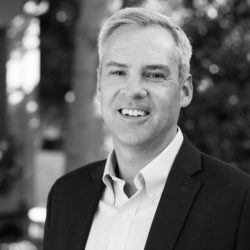 Christopher Hays is the D. Wilson Moore Associate Professor of Ancient Near Eastern Studies at Fuller and directs that master’s program emphasis.