Making Sense of Islam’s Relation to Terror and Violence

For the last two decades, violence and extremism in the name of Islam have saturated the global news. As every day passes, we are subjected to new acts of horrific violence. The list of cities continues to grow with places like Ouagadougou and Inates becoming targets for jihadi groups in sub Saharan Africa. As these events continue to unfold at a rapid pace, so too do pundits’ analyses. Some condemn ISIS and Boko Haram but assure viewers that their acts have nothing to do with true Islam. Others opine that ISIS and Boko Haram do represent Islam’s “true face.” Neither perspective is helpful. Both distort the nature of Islam and its relation to terrorism and violence.

Other right-wing conservative Christians talk of “’unexploded textual bombs’ that lie just beneath the surface of the [Islamic] faith.” In other words, for most Evangelicals, Islam is the problem because it warrants the violence of jihadi groups.

In the lead article, John A. Azumah situates Islam as a religion and Muslim communities of faith within a wider historical, social and geopolitical landscape. In doing so, Azumah assesses Islam’s relation to terror and violence by engaging a complex matrix of factors, including authoritative Islamic scriptures, traditions and commentaries which form the basis of its laws and doctrines. In his analysis Azumah suggests, “We need to strongly resist the view that Islam is the problem, that the Qur’an is the problem, that Muhammad is the problem.” Thus, on the one hand, he asserts that it is simplistic, if not misleading, to argue that groups like ISIS and Boko Haram have nothing to do with Islam. On the other, it is equally misleading to argue that the jihadi groups represent the “true face” of Islam. 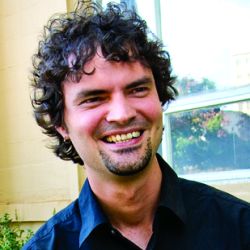