“Those Mormons are crazy!”

The “crazy” LDS tradition is growing in numbers; Protestantism is not. Is it because Mormons are good at tricking people into converting? Is it because we are bad at it? The LDS tradition holds famously odd beliefs, but perhaps only in addition to their famed family values and generosity in giving to global relief work. Could it be that this is a compelling witness to the transforming love of the Jesus Christ of the Latter Day Saints variety? Maybe we have something to learn from our nearly caffeine-free friends.

How can that be? With beliefs that include pre-mortal existence, Joseph Smith carrying around mysterious golden tablets, and a theologically infused determination to bear small armies of children, the Mormon Church (LDS) does not have to work hard to provide material for doubts and even laughter.

That derision, however, often comes from American Protestants who keep company only with other Protestants. Keep those laughs coming, but be aware that our insular ways might just be blinding us to some hard truths about how we are perceived outside our communities. To those outside the faith, it sounds crazy that Evangelicals believe that God was born of a virgin, walked around the earth as a human being and then forgave our sins by dying on a cross.

There is little room for proper consideration of our beliefs within our rigid insularity. The unbeliever’s laughter is evidence of our Christian “witness” being received as painfully out of touch rather than full of love. We are so clumsy at loving our neighbors that we often do not spend time with them as people rather than as conversion projects. Ironically, we have earned a reputation for condescension by being identified with a gospel that demands the opposite of its believers.

Non-Christians have noticed the hypocrisy. Their perceptions of Evangelicals can be worse than just laughter: “Evangelicals live in a subculture entirely disconnected from the Scriptures that supposedly inform the meaning of their daily lives,” they observe. “Christianity” is a word used for jokes at parties, not for hope. It is a bad word used to accuse someone of a sort of false, arrogant piety.

Interfaith friendships call for a disarming love that consistently reminds us of the vulnerable posture we are to take toward God, even when we do not understand Him and particularly when we desire control. Through such friendships my focus has changed from the flaws of others to a freedom to enjoy their strengths. In doing so, that log in my own eye seems more pronounced. My prayer life is more dynamic. My dependency on God is constantly renewed, as I go to God with questions about the beautiful and challenging beliefs of friends, and I allow the gospel of Jesus Christ to open itself to me in new ways I was previously and unknowingly fearful of encountering.

I have found it revolutionary to my own faith to hold my judgment of others until I know them, and to keep my laughter not only to myself but at myself. The opportunity to put our laughter at others away and begin listening with the aim to understand might make us feel threatened at first, but it does not threaten our God. He is big enough to be the gospel in the backdrop of other faith traditions. Sincere listening, especially in America’s diverse cultural climate, is one of the best witnesses we can offer. Non-Christians trust that I will not turn them into a conversion project, and that has opened the door for God to teach me through them as well. It does not come at the cost of losing my convictions about Christ’s distinctions. In fact, I would argue that refraining from dialogue is far more costly—we miss out when we ignore the life experiences of the innumerable children of God we are called to love.

At dinner recently, I looked around a room of friends to realize that among us was a self-described “recovering Christian fundamentalist,” a Jewish atheist, a nonreligious man, an LDS woman, and myself—a Protestant pastor. After eating homemade pad thai, we worked puzzles in the living room. Meanwhile, my nonreligious friends flipped through my LDS friend’s New Testament and asked questions about the passage on which I would be preaching the next Sunday. Then we joked about awkward stories from junior high. There was no agenda. We did not have to answer any big theological questions at the dinner table. Sometimes having fun and eating together has a way of answering more pressing questions about the unforeseeable ways Christ makes himself present.

Here’s to anyone crazy enough to follow Jesus down this transformational path. May God help us laugh at ourselves in ways that build a new reputation for Evangelical belief—that Christ’s salvific love is real. 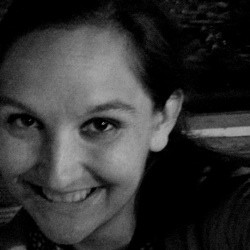 Carrie Graham is on the founding board of the “Evangelical Interfaith Dialogue” journal and serves as a pastor at Mosaic Austin in Austin, TX. Her experience in dialogue is among Catholic, Protestant, Jewish, LDS, and Muslim traditions. She holds an MDiv from Fuller, where she was Fuller’s first interfaith dialogue intern. She has represented Fuller at various interfaith conferences across the country.