Many parents dread it.

The typical teenager dreads it even more.

And we think that’s a tragedy.

After all, God created us—all of us—as sexual beings. While our sexual identity transcends every life stage, adolescence is a time of particularly high sexual energy. As our children move away from their parents toward their peers, they will make choices—choices with consequences. We hope that they will fulfill their God-given potential. We pray that they will make choices that align with God’s teachings and will lead to healthy friendships, good mate selection, and a lasting marriage.

Hence the need for the sex talk.

Here’s the good news: Parents and influential adults can make a difference. Multiple studies highlight that one of the best predictors of sexual conservativeness in young people is closeness to one parent. Specifically, “Teens who report being able to talk to a parent and who feel close to that parent appear to have a solid foundation in that relationship that allows them to make better decisions and better resist peer pressure toward sexual activity.”1

Now for the bad news. Other research suggests that the more important religion (including Christianity) is to parents, the more difficult it is for those same parents to talk with their kids about sex.2 Maybe it’s because parents may have made sexual mistakes that they don’t want their children to repeat and suffer the same consequences. Parents feel guilty and unqualified to journey with kids on a path that they never walked.

Perhaps talking about sex feels so awkward that parents would just rather remain silent.

Yet the reality is that whether or not our kids are eager to receive our input, and even if we are nervous about our kids’ sexuality, we must use our role as parents or influential adults to guide them. If we do not teach them, they will learn primarily on the streets, from their friends, on their electronic devices, or from movies and television.

WHAT TYPES OF CHOICES ARE TEENAGERS MAKING TODAY?

The typical teenager is probably engaging in sexual intercourse and oral sex earlier than their parents did.

Does religion make a difference in teenagers’ sexual choices? While not every study that examines this question agrees, there’s ample evidence suggesting that personal religious devotion is a strong protective influence against sexual activity. In particular, one study revealed that young people with firm personal religious convictions are less likely to engage in sexual activity than their peers.5

WHAT DO WE HOPE KIDS LEARN BY AGE 13?

Your own kids may still be too young to face the types of sexual choices depicted above, but it’s likely not too early to start talking to your kids about sex. Based on our research, we hope by age 13 all young people will have learned five principles about sex:

If this list gives you a pit in your stomach because your child is older than 13 and you are not sure they have internalized these five principles, fear not. You still have time to influence your child’s sexual attitudes, values, and choices.

WHAT CAN PARENTS TALK ABOUT AND MODEL WITH THEIR TEENAGE CHILDREN?

On the one hand, our culture presents teenagers a casual view of sex as primarily physical—that it’s perfectly normal to “hook up” and have a “friend with benefits.” On the other hand, the church’s message of “Don’t do it!” tends to cause adolescents to either block their sexual feelings or experience guilt when they respond to those feelings.

As parents and influential adults, we can help adolescents both affirm and learn to manage their sexuality by teaching them that their sexual feelings, desires, and responses are good and of God. As people created in the image of God, adolescents can take charge of their sexual actions. Effective conversations in the home help young people appreciate and embrace their sexual intensity, while not living in bondage to it. Most adolescents today know the biological facts and may have been taught the dangers of having sex too early, but few will have been taught how to appreciate sexual feelings and manage their sexual drives. To be effective, we must be at ease with our own sexuality, conversant with sexual terminology, and comfortable discussing all aspects of sexuality and sexual activity.

We need to help teens think through the potential consequences of engaging in sex as an adolescent: the lifelong consequences of adolescent pregnancy and sexually transmitted diseases; the emotional turmoil of losing themselves with another person when they are in the stage of finding themselves; the relational ramifications of distrust and establishing unhealthy sexual patterns; and the impact on a young person’s relationship with God when they experience sex outside of marriage.

Sexual patterns, easily conditioned in our early sexual experiences, are tenaciously self-perpetuating. Adolescents establish a pattern of disconnecting when they have casual, impersonal, recreational sex without affection, emotion, or attachment. They establish a pattern of their sexual physical responses being triggered by risk and guilt when their actions are not consistent with what they believe. Those patterns continue into marriage. We can help teens when we strongly affirm that God wants them to have a wonderful, delightful, and fulfilling sex life in marriage and that their sexual actions before marriage will affect their sex life in marriage.

Parents can also talk about how to build meaningful connection with someone of the opposite sex without having sex.

Telling adolescents about the importance of learning to relate without moving to sex, which can give a sense of quick but false intimacy, often falls on deaf ears. But we can make a difference when we lead young people to think about their friendships and verbalize the ingredients of those relation- ships that have been particularly significant for them and aren’t about sex.

To help young people make healthy sexual choices, we need to teach them decision-making. We like to use an image of a ladder to explain that our sexual actions are like climbing a ladder; the higher on the ladder, the more difficult it becomes to step down. It is most effective to enlist young adolescents in this decision-making process before or as they are starting to date or be alone in a potentially romantic relationship. Rather than tell them where to “draw the line,” ask them to decide to what extent they will engage in physical contact. Discuss what situations could cause them to cross that boundary, as well as the supportive relationships they need to help them maintain the physical limits and commitments they have identified.

WHAT IF OUR TEENAGER CROSSES THE LINE?

When our kids make choices that are not consistent with their own commitments or with our held values, it is natural to react. Or, maybe more accurately, overreact. Resist that temptation and do all you can to gather data and have a heart-to-heart with your child to understand what happened and why, as well as the impact it has had on him or her. Don’t confront or lecture; have a conversation and listen more than you talk. Express your unconditional love. Be a student of parenting and of each of your children. Let your child know that your forgiveness and God’s forgiveness transcend their choices. By God’s grace, they can experience the full life God intends in all areas of their life, including their sexuality.

As we have journeyed with our own kids and grandkids and talked with countless families nationwide, we have found these words popularly attributed to William A. Foster to be both life-giving and encouraging when it comes to growing teenagers:

Quality is never an accident;
It is always the result of high intention,
Sincere effort, intelligent direction
And skillful execution;
It represents the wise choice of many alternatives.

1. Stan Jones and Brenna Jones, How and When to Tell Your Kids about Sex: A Lifelong Approach to Shaping Your Child’s Sexual Character (Colorado Springs: NavPress, 2007), 32.
2. Those two data sets are the National Study of Youth and Religion and the National Longitudinal Study of Ad- olescent Health. Mark D. Regnerus, Forbidden Fruit (New York: Oxford University Press, 2007), 60–73.
3. “United States Teens,” Guttmacher Institute.
4. “US Teen Pregnancy, Birth and Abortion Rates Reach the Lowest Levels in Almost Four Decades,” Guttmacher Institute.
5. Jones and Jones, How and When, 161. 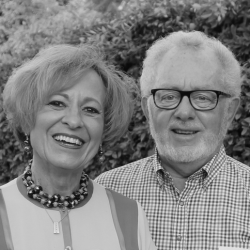