Dr. Pauline Cheong’s erudite article ranges over the full gamut of hyperconnectivity. I especially appreciated it for raising the question of religious authority as it pertains to online and other new media environments. As a teacher of religious studies for many years, I notice that, while in many disciplines, such as medicine, history, or culture, one can easily identify reliable, researched information online, searches for religious and theological topics readily yield all sorts of strange, even crazy results. One of the main roles of a religious studies instructor is to help students discern academically credible material and religiously authoritative sources from speculation about the end of the world, religious conspiracies, quack healing theories, spurious claims to divine power, radical doctrines, and so on.

However, distinguishing truth from falsehood – academic or religious – in virtual reality is really difficult to do. One of the reasons is because religion as a category is fragmented. There are relatively few globally authoritative organizations that can curate the varied material and whose pronouncements will be listened to by their adherents. Another reason is that religion is a highly contested field. Even the academic or documentary digital material on religious topics that is free access, appears to be aimed either at bolstering a religious view or at undermining it from a scientific or secular perspective. However, on reflection, I came to agree with Cheong that, “Digital life can facilitate both the weakening and strengthening of religious authority, offering occasions for disruption and conflict, yet also accommodation and innovation.”

For her analysis of forms of religious authority, Cheong starts with the combined categories of traditional and legal from Weber’s classic three types. In the online environment, traditional and legal religious authority can be enhanced by the website format online and related digital platforms. An obvious example of this type of religious authority is the Vatican or Holy See website.[1] The Catholic Church has a body responsible for authoritative teaching (the Magisterium) and a centralized organization in Rome (the Curia) to delimit and collate it into a database with translations into nine languages, including Arabic and Chinese. Arranged primarily by papal chronology, the site is static, and text based. The authority of the Holy See is not conferred or exercised by its website – even though the crests and the background, which resembles aged paper, aims to suggest authority. Its authority lies elsewhere – in the heritage, adherents, and alliances of the Church of Rome. However, the website – now also an app – is a marker of its authority which is promoted through hyperlinks in other Catholic media.

Another example of traditional authority online is the Bible Gateway website and app,[2] now owned by Zondervan publishers. It collates and curates numerous translations and versions of the Bible. In searches, it quickly picks up any biblical references and phrases and points to the user to the site. It also has Facebook and Twitter extensions. Bible Gateway is not an organ of a single church, but it has authority outside the online environment derived from the authority of the Bible itself. Interestingly, a statement on the site adds two further sources of its authority: the first is academic: it is “committed to excellence in the presentation of biblical content.” The second is that “it is governed by a set of theological affirmations.” Its statement of faith, which includes a doctrine of biblical infallibility, is not prominently displayed but is intended “to promote trust in its content.”[3] This combination of academic and religious authority seems to have contributed to Bible Gateway’s wide use and its increasing control of the dissemination of Scripture online.

Cheong also mentions Weber’s third category of charismatic leadership, which – online or anywhere else – can be disruptive of traditional and legal authority or can equally support it. Charismatic leadership in the secular sense of Weber’s definition is also valued in the Christian Charismatic movement that split many Protestant churches. However, Catholic Charismatic Renewal has been successfully brought under the umbrella of the Church, whose reach is thereby extended. Charismatic forms of leadership can also occur among the institutionally appointed leaders. In the Catholic Church, the most well-known recent example is Pope John Paul II.

New media can amplify the influence of existing figures who lead by strength of personality and exceptional power, such as Indian guru and miracle-worker Sathya Sai Baba or meditation expert and NGO-founder, Ravi Shankar. Seeing (darshan) is particularly important to Hinduism, so that images – even virtual ones – may be venerated and generate religious experience. In this way, the use of electronic media has facilitated the globalization of Hindu beliefs and spiritual practices.[4]

Religious innovation is a widely recognized phenomenon apart from new media. From the 1960s, the relaxing of religious authority in society and culture in the West made space for the rise of “spirituality” as an alternative to traditional and legal forms of religious authority. Social media is an opportunity for new religious influencers to rise to prominence through innovation. The controversial Dutchman, Bentinho Massaro, is an online spiritual teacher who has no theological training but claims to have had a spiritual awakening in India. Unlike other spiritualists who started with in-person gatherings, he began by uploading his ideas onto YouTube and recently moved in the opposite direction from virtual reality to holding expensive retreats in Arizona.[5]

Although not all such initiatives are harmful and many are clearly speaking to spiritual and psychological needs, especially during the current pandemic, the unregulated nature of leadership in virtual reality is a welfare concern as well as one which worries established religious leaders. The way in which virtual reality penetrates deeply into people’s private lives, especially through their smartphones, and the fact that people are often alone when accessing digital media, arguably gives greater opportunity than before for exploitation and abuse.

Massaro is also an example of how the online environment can blur the distinctions that were drawn between religions in the European colonial period, and which are continued in the paradigm of “world religions.” The virtual context may expose individuals to influences, examples, and experiences from a wide variety of religious sources. Hyperconnectivity – as Cheong terms it – signifies that, whereas interfaith dialogue once brought people from different institutional forms of religion together in a formal way, in the online environment interfaith cross-fertilization is common. Unless schooled in one faith tradition, individuals may be unaware when they are crossing religious boundaries. The fact that youth especially criss-cross religious boundaries gives added motivation to find new means of interreligious relations, such as comparative theology.[6] In such experiments, religious authority is not vested in any external actor or institution, but the authority is given to whatever rings true in the eyes of the beholder.

The fragmented and contested nature of religious authority is increased by the hyperconnectivity of the environment. As more and more aspects of our lives move online, sources of religious authority become less-and-less clear cut and individuals must make their own decisions about what constitutes true religion and trustworthy spirituality. More than ever those with a theological education owe it to students and congregations to equip them with academic critical tools and skills of spiritual discernment to help them navigate increasing religious plurality and complexity. 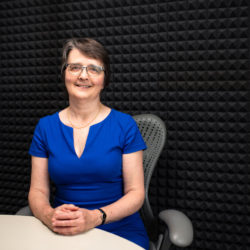 Kim is British and has lived and worked in South Korea and India as well as the USA. She is the editor of the book series Theology and Mission in World Christianity (Brill), and of a forthcoming handbook on mission studies and a dictionary of pneumatology from a global perspective. Among her monographs, The Holy Spirit on the World (Orbis 2007) develops intercultural and interreligious theology using non-Western sources.