What can preaching in a church plant teach us about preaching in general? How should the missional emphasis of a new church (or any church) impact its preaching? German theologian Helmut Thielicke wrote in How Modern Should Theology Be? that “the gospel must be preached afresh and told in new ways to every generation, since every generation has its own unique questions. This is why the gospel must be constantly forwarded to a new address, because the recipient is repeatedly changing his place of residence.” The missional church conversation has made it abundantly clear that because women and men are changing their “place of residence” not merely geographically, but philosophically and spiritually, so the gospel must be preached afresh.

As the founding pastor of a church plant outside of Portland, Oregon, I had the challenge of discerning what preaching in the least churched state in the country ought to look like (though according to Gallup, since I’ve arrived the Northeast has taken the crown for fewest churchgoers). Oregonians, like many on the West Coast, have a strong independent streak about them and put themselves squarely in the “spiritual but not religious” category. What would preaching in this context look, sound, and even smell like?

Our church plant began weekly worship services at the local Regal Cinemas with the smell of popcorn wafting into our theater. For the sermon at our first public worship service, I chose Luke 7:36–50 as my text—the story of Jesus’s feet being anointed by the sinful woman. In this story of reversal, Jesus affirms the “spiritual but not religious” woman while rebuking Simon, the “religious but not spiritual” Pharisee who hosts the gathering yet fails to honor Jesus. It is a story of the outsider being welcomed, affirmed, and forgiven by Jesus, and that first sermon served to frame what our team hoped this new church would be to the people of the Northwest.

But where do you go from there? What would inform the spiritual diet that I preached week in and week out? In light of our missional context and the urgency (real or perceived) of establishing a critical mass of worshipers vital to the survival of the church plant, what is to be preached? The first challenge was to ensure that our missiology informs but doesn’t hijack the preaching.

One potential hijacker is, paradoxically, the desire to proclaim only the saving message of Jesus, to preach “Christ and him crucified” to the exclusion of the gospel’s other claims upon our lives. I know very few church planters for whom evangelism is not the primary motivation and desire. Those called to start new churches do so often out of a sense that the established church is unable or unwilling (or both) to penetrate the culture with the gospel. And so, the passion for evangelism can hijack the preaching task and reduce it to a sequence of glorified altar calls, at the cost of proclaiming the calls to discipleship, holiness, and justice found throughout the Scriptures.

Another potential hijacker is the proclamation of the local church instead of the Christ of the Church. In terms of vision casting, church planters are eager to share the distinctive aspects of the new church; otherwise we would have remained at our prior church (Rom 15:20). Oftentimes church planters feel called to this work through a sense of “holy discontent,” a desire to lift up an aspect of God’s kingdom that is not seemingly present in the established church. And so those ecclesiological distinctives (be they musical, structural, methodological, or otherwise) can hijack and dominate our preaching. We can end up with a reductionistic and human-centered understanding of the gospel, choosing only the parts of God’s Word that are consistent with our church’s strategic grid.

I know that I felt a strong need to drill our mission, vision, and core values into our people so well that even the children of our church would recite them by memory and that people would tattoo them onto their forearms. I wanted our “branding” to be concise and consistent so that we could reach our community with impact and clarity. But church branding is not the gospel, and I knew that.

Over and against these preaching hijackers was my theological conviction that the revealed Word of God does not allow us to preach anything less than the whole counsel of God. When the Apostle Paul faced his last sermon to the elders from Ephesus at the church with whom he had spent the longest period of his ministry, he said, “Therefore, I declare to you today that I am innocent of the blood of everyone. For I have not hesitated to proclaim to you the whole will of God” (Acts 20:26–27). This call to the whole counsel of God protects us from becoming like Marcion, the second-century heretic whose truncated canon consisted only of Luke’s Gospel and Paul’s letters. But we are tempted to be functional Marcionites in that we preach only a small subset of the Scriptures based either on missiological considerations or on personal preference. Rather, our understanding of the Spirit’s inspiration of Scripture calls us to seriously preach both Old and New Testaments, to preach all genres of God’s Word.

Faithful biblical preaching is preaching the whole counsel of God not only in the sense of the breadth of Scripture we preach on, but also in the sense of being faithful to the whole narrative arc of salvation history. It is discerning within the whole narrative of Scripture and then preaching on the missio Dei, the mission of God. It is seeing God’s very nature and character as a sending God who sends Abraham out of Ur to an unknown land, who sends the prophets to challenge kings and cultures, who sends the second Person of the Trinity into the world as the Christ to seek and to save the lost, who sends the disciples two by two into every town and village, and who sends the Church to Jerusalem, Judea, Samaria, and to the ends of the earth.

Oftentimes, newer churches grasp this call to “sent-ness” more clearly and urgently, and that perspective inevitably shapes the preaching. Within our church’s first two years, we worshiped in an ice rink, a movie theater, a senior center, and a library—just finding us was a challenge! That sense of wandering and mobility gave us a sense of being a people on the move, as the Israelites were and as the early church was as it was scattered through persecution. Being in multiple venues reinforced the idea of the church as the people of God rather than a facility. Conversely, the longer a church has existed, the greater the temptation to see itself as stagnant, as a preserver of the truth and then for its preaching to reflect a hermeneutic of God’s activity in the world being historical but not active in the present or future.

On a more practical level, our emphasis on outreach led us to craft the service in a way that would be accessible and make sense to unbelievers. And many of the lessons from the seeker-sensitive movement still apply, such as not using jargon or insider language in our services, not assuming biblical literacy or references, providing Bibles and listing the page number of the passage being preached on, and so forth. Because for most postmoderns, truth through story is credible, we constantly have lay people tell their faith stories in the worship service.

I have found that preaching to spiritual seekers has, paradoxically, strengthened my preaching because I cannot rely upon assumed but not actually understood biblical truths, but am forced to a greater degree of clarity in my proclamation of God’s Word. C. S. Lewis wrote, “Any fool can write learned language. The vernacular is the real test.” In fact, Lewis would often try out some of his sermons or writings on his driver, and for Lewis that was the real test of his own clarity. So for instance, the Scripture passage is not read separately prior to the sermon, as most churches in our denomination do. Rather, the preacher sets up the message and the larger context of the Scripture first, and then reads it in that context. And we always show a slide on the screen called the “Big Picture Bible” that is a visual diagram of the whole Bible with a small arrow pointing to the section that the morning’s reading comes from. It functions like a “You Are Here” arrow on a mall map, orienting both seekers and believers and equipping them with a basic overview of Scripture.

On the whole, I would say that preaching missionally in a church plant is not a different animal than preaching missionally in an established church. And that is good news. Because it means when we “correctly handle the word of truth” (2 Tim. 2:15), God’s Word is sufficient to equip the church in any and every situation, whether new church or old. And that’s good news. 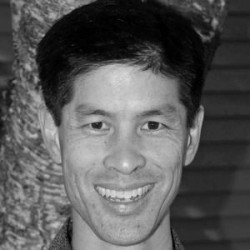