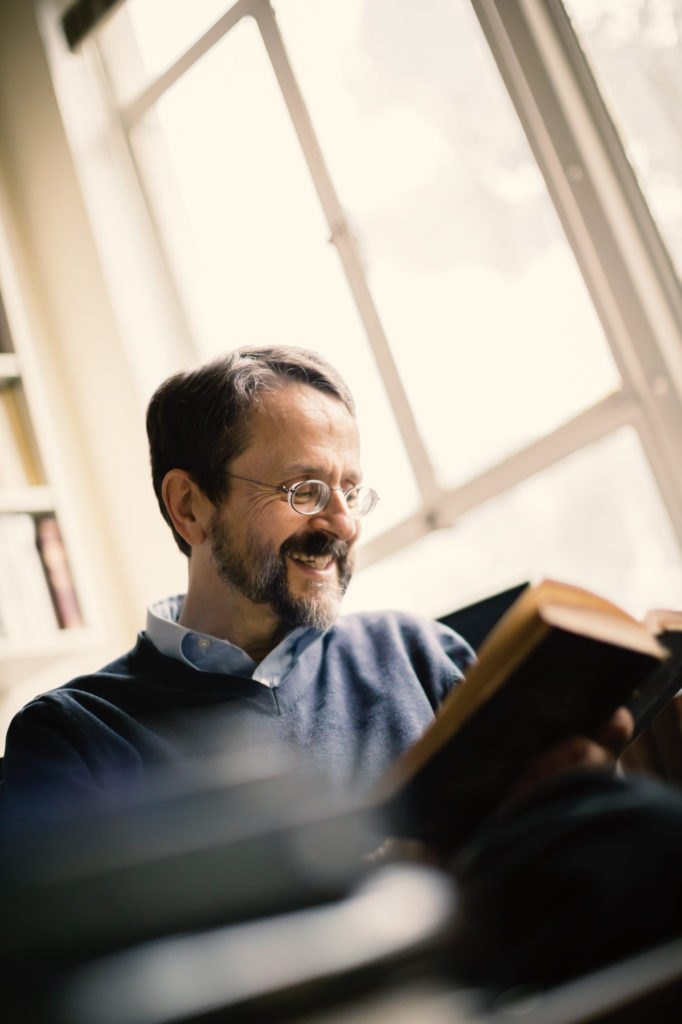 Marianne and I met at Fuller in 1975 when we both lived on campus as first-year MDiv students. We were housed in Taylor Hall, known then by the charming name of “Dorm 150.” Subsequent years brought us together in marriage and almost immediately took us away to North Carolina for grad school. It was, perhaps, a dream come true when Marianne was hired as a beginning professor (with me joining a few years later) back at Fuller, to serve among our former teachers, whom we regarded as giants of the classroom. Until, of course, we saw how they could squabble during faculty meetings. The myth of Fuller faculty as giants died hard but swiftly, and we soon enough got to work with the real colleagues that God provided— by turns earthly and earthy, but always dedicated to caring for their students (often more than those students knew).

Through 30 years at Fuller, we never found the ivory tower that academics are supposed to inhabit. In its place were smallish and often dingy offices that we decorated with way too many books—but, always, the best adornment was the students who came to people those rooms. My career highlight reel (still in production!) would have to focus on the “open office hours” I staged a week before every essay was due, when a dozen students in my office and more in the hallway would join me to wrestle with Augustine or Luther or Calvin or Barth, parsing their theology and laughing in the pleasure of past fellowshipping with present.

See, students have been the constant in my Fuller life. I once opined that a call to teach surely ought to be motivated not by the prestige of an Ivy League professorship but by a passion to work with eager students, regardless of circumstances. That much of my dream did come true. And wherever Fuller’s buildings happen to be parked in the next decade, I suspect the real continuity will remain where it has always been: in our students’ hearts for Christ and his church, and in the hearts of the faculty for them.