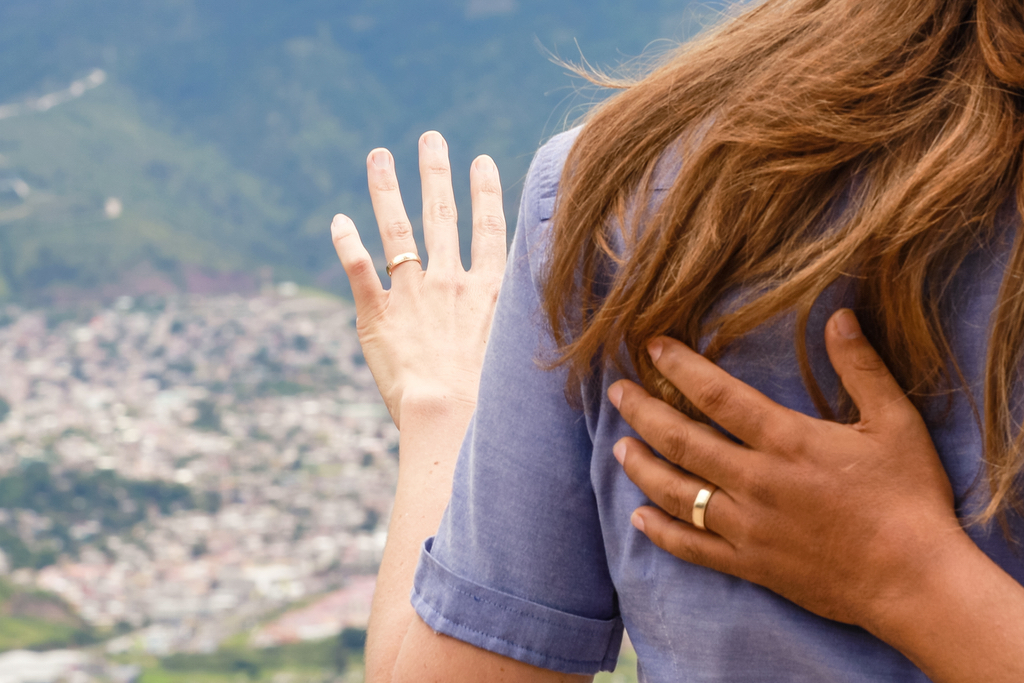 “If we will not balance knowing with an open-ended not-knowing, nothing new seems to happen. We have to be trained to do it. The only two things strong enough to accomplish this training in us is suffering and prayer—the two golden paths that lead us to a different shape of meaning, a different sized universe, a different set of securities and goals for our lives. And always toward a different, more grounded, deeper understanding of the risen Christ.”

+ Mary Ellen Azada, executive director of Fuller Careers and Personal Development, quoting Richard Rohr in a sermon on the road to Emmaus, suffering, and discernment. Listen to her sermon on the FULLER sermons podcast. The sculpture “Chisto Del Picacho” (pictured above) stands at the edge of Tegucigalpa, Honduras, offering a prayerful view of the whole city. From mission work to unexpected illness and vocational changes, the following voices reflect on discerning God’s will in the midst of complex lives—one step at a time.

Discernment in the City

+ Standing above the city with their arms outstretched, Emily [MACCS ’09] and David Romero pray for the city of Tegucigalpa, in Honduras, and for discernment as they minister to the children of the city. Watch them share their passion for ministry and the story of Jubilee Centers International, a nonprofit organization and children’s school in Tegucigalpa, Honduras. 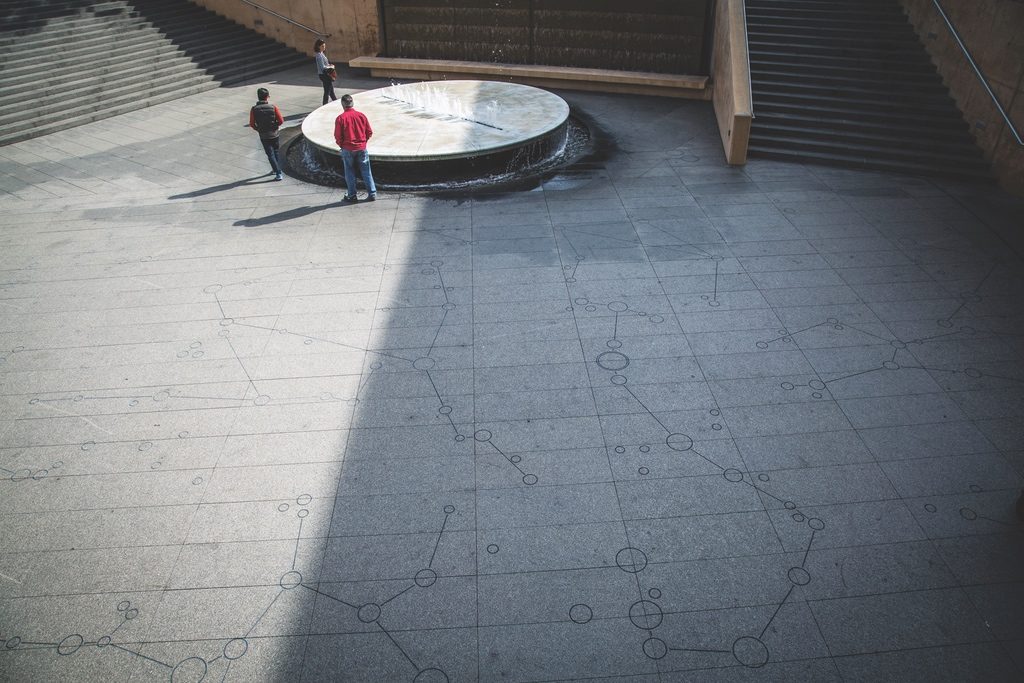 “We have to be able to listen to God, but I also think we have to learn to really listen to our own hearts and what’s happening within us. Otherwise, what we think is God might be us. So there’s discernment of learning to listen to God, to our family, to each other. I often think of that as attentiveness. Attentiveness is the opposite of distraction. So in the history of Christian spirituality, there’s a lot that’s written about being attentive, being attentive to God. A lot of times we think of being attentive as something we do when we’re quiet. We’re listening to God, so we have to be in this quiet room or on a retreat. But here the context makes such a difference again. For me, it’s also learning to listen in the midst of the city.”

+ Jude Tiersma Watson, associate professor of urban mission, reflects on discernment in the midst of urban contexts. Her students (above) walk over constellations carved into the floor of the Cathedral of Our Lady of the Angeles as they “exegete” the city in their midst.

“Awareness means suffering; awareness means pain. Because we’re becoming aware of a lot of things that we as human beings don’t always want to be aware of. So healthy awareness as one matures is first of all an awareness of my own brokenness, my own limitations, my own separateness from God, my own need to reconnect. To the extent that one can start with “I’m incomplete, and there’s a greater plan, I can’t get there on my own, I can’t get there without being in relationship with other people or with God,” that is the beginning of wisdom. That is the beginning of awareness that I’m not my own god, that I need help.”

+ Ted Cosse, dean of the School of Psychology, executive director of Fuller Psychological and Family Services, and associate professor of clinical psychology, reflects on the difficult process of becoming more aware of pain, weakness, suffering, and ultimately joy. 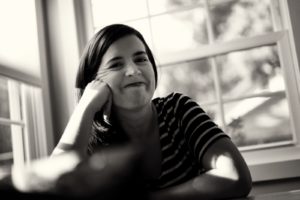 “The thing about our lives is we stare into an unknown future, and we walk forward, and this is part I think of trying to make sense of things. It gets really complicated when you try to figure out what counts as God’s favor, what counts as a sign? When I make determinations about what God hopes for me, and I make them based on God’s character, I’m on solid ground. But if I look at my life and say what did I deserve and was this because of faithfulness, I find that’s probably either narcissism or a very imprecise kind of hope.”

+ Kate Bowler, associate professor of the history of Christianity in North America at Duke Divinity School, offers thoughts on Mark Labberton’s Conversing podcast about the struggle for authentic faith in the midst of suffering.

TOD BOLSINGER: “We both connect on the notion of building your way forward. We have to put things into practice, but also attend our way forward. We have to listen as we go. As Christian leaders, how do we cultivate the discernment that can help us decide on the way forward in our lives? What does it mean to work hard as unto the Lord as opposed to our flesh, and how do we hear the voice of the Spirit while we’re building?”

DAVE EVANS: “An overwhelming number of Christians are looking for the will of God that looks like blue lines on an AAA map—‘this is the way to go; there is one preferred answer to my life.’ And I don’t think that’s what the Scriptures mean, particularly the Sermon on the Mount. If we reframe this so that the will of God is to live into the way of Jesus, which will include accommodations for failure and mistakes and what have you, we keep growing. . . what’s the next invitation of the Spirit where I am not where I should have been? Rather than discerning the right answer, I’m trying to discern the presence of the reality of God in this moment.” 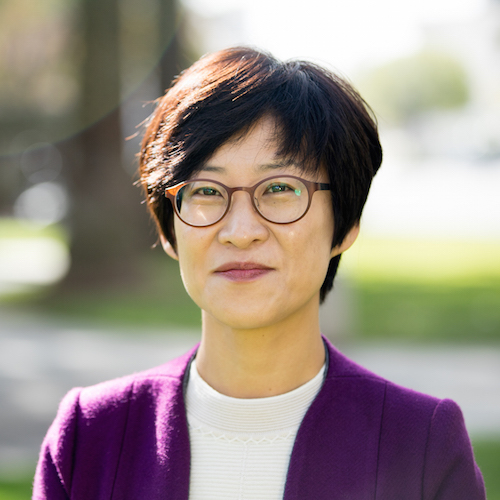 “I could not be still or quiet, and I could not trust in God’s goodness and faithfulness or sovereignty. Rather, I doubted God. I tried to wake him up, just as Jesus’ disciples tried to wake him up when they faced a storm. I was convinced that if he were awake and loved the people and land in Kazakhstan, at least the way I did, he could not possibly put me, such a well-polished arrow, back into his quiver. However, as time passed by, only in retrospect, I came to thank God—it was God’s grace alone that he put me back into his quiver. . . . The most dangerous moment in my life was and still is when I consider myself to be a well-polished arrow, the most well-equipped, and a perfect fit for the ministry, and I begin to grow more and more independent of God. And God, who protects us so graciously, invites us back into his quiver, where we can realize it is not by our own competencies or might alone that we are able to participate in whatever God is doing in and for the world.”

+ Eun Ah Cho, assistant professor of intercultural leadership, preaches from Isaiah 49, reflecting on impatience in ministry, stories of perseverance, and learning to endure in joy and humility within the “quiver” of God. 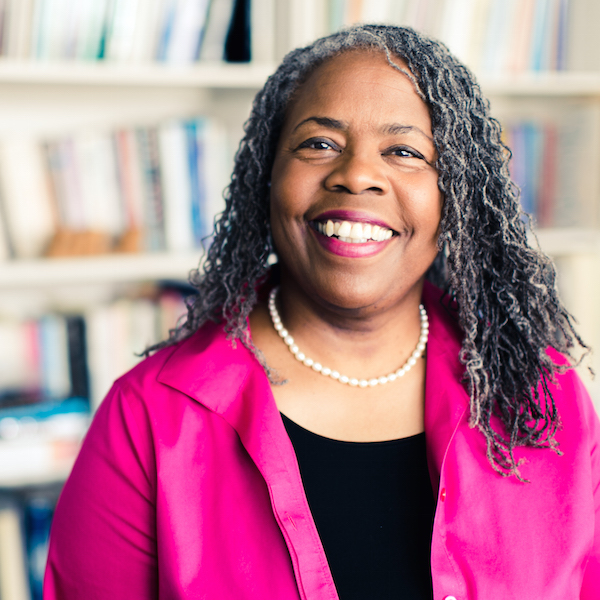 “Mercy, lovingkindness, unfailing love, boundless. Now what’s the context here? David knew what he had done and knew what he had done was wrong, but the prophet Nathan had to come along to really put his business out into the street. This was hidden. God sent Nathan to really lay it out. Some of our sins are in plain view, but with other dimensions of our sins, we really need help to see the magnitude of them. Do you have someone in your life like the prophet Nathan who will tell you the truth about yourself?”

+ Alexis Abernethy, associate provost for faculty inclusion and equity and professor of psychology, preaches on Psalm 51 and the struggle to discern our own failings. Explore more sermons on the FULLER sermons podcast.

Stepping into An Unknown Future 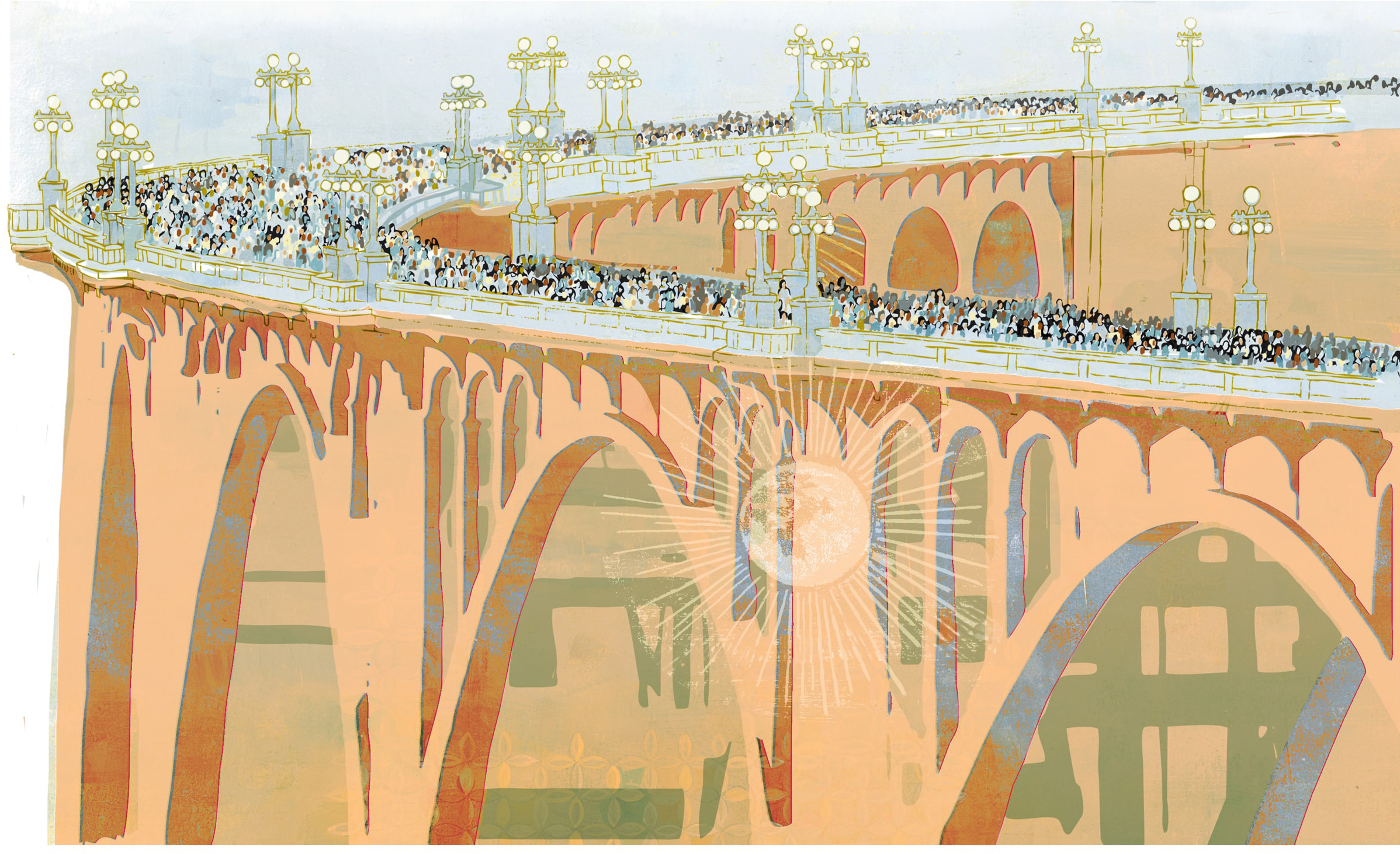 “The vision need not be clear, and I dare say the vision will not be clear. All that we need to know is the next step. This is where we are called to be obedient to the vision. Indeed it is only in that next step, and the step after that, and then in the one after that that we can be obedient. But beyond the dimness of our vision, beyond our perplexity or exhilaration, beyond our doubts, our dreams, our study—out there someplace in the future, the God who called Paul to Macedonia and Peter to Cesarea is calling us all to meet the Lydias of our time, to meet Cornelius, to meet God—yes, to meet God in Lydia and Cornelius. So be it, amen.”

+ Justo González, celebrated church historian and author, reflects on Paul’s changing vision on his second missionary journey and encourages new and graduating students alike that though the vision may not be clear, “God will surprise us in the future.” Pictured: an illustration by principal illustrator Denise Klitsie of marchers walking together on the Colorado Bridge toward an unknown future—together.

“It’s not like we have to get everything right, that we have to know exactly what God wants before we take some steps. Because part of discernment is taking steps. Maybe we only know one step to take or two, but we take steps. And it’s in the context of stepping that we see we’ve made the wrong step or that there are other steps to take. In the book of Acts, there are three ways in which discernment—or openness to what God is doing—show up. 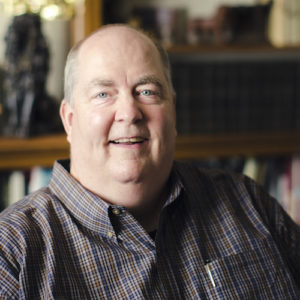 P R A Y E R . It’s in prayer that people discern and align themselves to what God is up to.

E N G A G E M E N T  W I T H  O T H E R S . Interestingly, it’s also in Acts that people discern what God is up to by engaging with others outside of themselves. They learn something about what God is doing by engaging in mission—which helps them read the Bible differently.

S C R I P T U R E . Prayer, engagement with others, and Scripture go hand-in-hand, and they help the church discern where it is that God is going and how they might align themselves with what God is up to.”