Dr. Martínez is correct in what he says but it can be clarified in two respects. First, a historical distinction can be made between the initial phases of the Conquest in which there were indeed the famous Requerimientos and encomiendas, etc., and yet there were also influential minority sectors, among whom stand out certain Dominicans such as Bartolomé de las Casas. The latter figure continued to question the legitimacy of the Conquest even when the colonial reality had to be accepted amidst a whole range of alleged syncretism. Likewise, a change of emphasis needs to be noted: On the one hand, until the end of the sixteenth century there was a dogmatic insistence on “eradicating the doctrinal idolatries” even if perhaps many practices continued in secret. On the other hand, from the sixteenth century onward in geographic areas considered “territorially baptized,” there was greater tolerance for such things as superstitions, popular beliefs, witchcraft, and so forth. The irony is that many of these alleged practices were quite common in Europe.

Second, the encounter has social, geographic, and ecological aspects. The more populous and therefore more desirable indigenous groups for labor in the mines and in commercial agriculture were those in Middle America (Mesoamérica) and the Andes. Historically, the baptisms and syncretism among those groups came much earlier and were more intense. Missionary activity was quite limited among the dispersed and isolated, especially in the lower marginal lands. In fact, some areas only had missionaries (such as the Jesuits, Franciscans, Augustinians, and others) without other Spanish or Portuguese present. In these areas, the evangelization was more transparent, combined with attempts to “civilize” the natives in their social and economic organization but without the pressure of weapons and landlords. Those who wanted to become Christians did so, while others did not, including many minority groups (with whom no contact had been made), especially in the Amazon region. The expulsion of the Jesuits in 1767 from the whole continent facilitated the arrival of new landowners, which added an additional coercive dynamic in the encounter.

The Late Arrival of the Protestants

The great importance given to education, literacy, and languages is definitely linked to the foreigners’ desire that natives have direct access to the Bible in a way they could fully understand. In the Andean region where I currently live, this was the especially the case among the Adventist and Methodist churches.

In addition to the Wycliffe Bible Translators, the Summer Institute of Linguistics—who perhaps concentrate too much on linguistics due to their theological framework—assumes an automatic relationship between the hearing or reading of Scripture and conversion. This seems to be a pattern in the twentieth century. However, I would argue that these groups have not gone far enough in seeking to understand the cultural and social worldviews of indigenous peoples and neither have they studied their social organizations. In the twentieth century, this pattern is also true of New Tribes Mission, especially in areas where they have concentrated evangelistic efforts in areas considered “unreached.”

I resonate with many of Dr. Martinez’s comments. If we are to go deeper into the issues raised in this article we must necessarily distinguish between the diverse underlying theologies among Catholics and especially among the many Protestant groups. Dr. Martínez does this with Pentecostals, which is pertinent since this group is the one growing the most in Latin America, even among Catholics (e.g., Guatemala). Our mutual friend (Jesuit) Tom Rausch also does this. Not everyone demonizes indigenous beliefs, at least not in Bolivia.

Concerning syncretism, many view syncretism as categorically negative, while others such as myself think that we need to analyze each specific case because this may be the way we gain a better respect for the religion of the indigenous peoples. Evangelism then must be shaped by the attitudes and character based on the missionary’s love of neighbor and his/her diversity of cultures. In my view, in part due to historical factors, we must give priority to orthopraxis more than orthodoxy. Within orthopraxy we can choose to vary the regularity (and perhaps felt necessity?) with which we state (or not) the centrality of the person of Jesus.

We must take into account how Jesus has come to each group and how that might differ from ways shaped by the imperial and oppressive attitudes of many Western evangelizers. The final judgment scene of Matthew 25 has always made me humbly meditate on my own blind spots. Jesus says, “When did we see you hungry and give you food to eat?” He answers, “I assure you that all you did for one of my brothers even the least of these you did for me.”

As the dialogue moves forward, more importance should be given to the need for increased ecumenical exchange between Catholics and evangelicals particularly in the midst of indigenous groups. Frequently, because of the lack of intra-Christian exchange, our internal divisions contribute to deepening the divisions that already exist among the indigenous groups for a number of reasons (e.g., access to land, water, or other resources; internal power struggles, etc.). With regard to this last issue we have many examples of the link between the desire for political power and how religious identity is used (e.g., Ríos Mott in Guatemala, FEINE in Ecuador, the “New Israelites” in Fujimori’s Peru).

On the other hand, if we as Catholics and evangelicals unite and seek a way to solve our “common” social or political disputes, our theological differences will not matter as much. Ultimately, we can achieve greater unity through our mutual action. This has occurred, for example, in the international cooperation of the NGOs against poverty and the empowering of the indigenous population. In the time of dictatorships, the ISAL movement (Church and Society in Latin America) played an important ecumenical role together with Catholic groups, Methodists, Lutherans, and others to restore democracy. 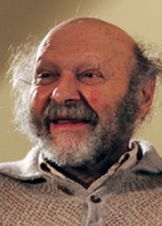 Xavier Albó was born in Cataluña, Spain (1934), migrated to Bolivia in 1952 as a Jesuit priest, and is a citizen of that country. He is the author of many books and articles, especially ones related to the indigenous population and intercultural matters in Bolivia and Latin America. Among the Jesuits he was the coordinator of the Jesuit Network of Latin American Solidarity and Pastoral Care of the Indigenous Population (1995–2002) and a member of the advising team of the International Interreligious Dialogue (2010–2012).