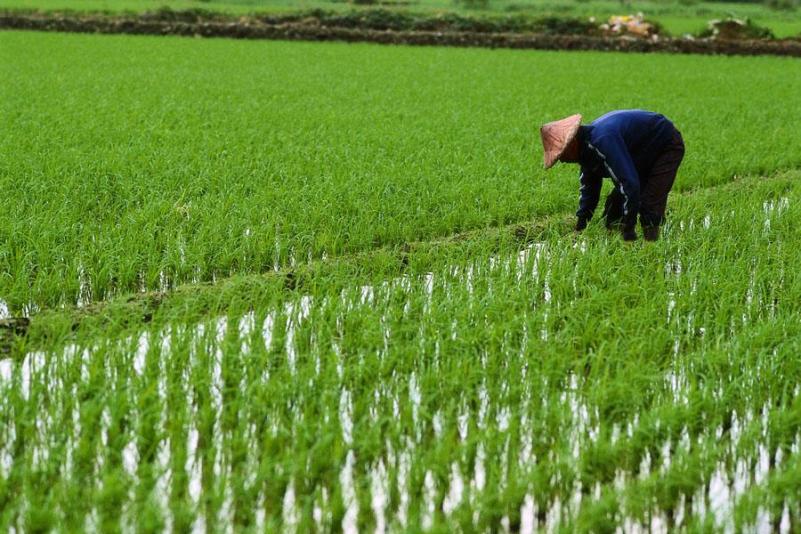 There is the thought – I don’t know who originally thought it or said it (Does it matter? It was probably this guy.) – that the digital world re-opens us to the idea of the divine. The thought goes like this: In pre-modern times, humanity made no claim to understand the workings of our world. We planted a seed, we watered it, and magically, months later, a plant grew. We harvested that plant, ate it, and thanked the gods for the gift they had given us. There was no such thing as agronomy. There was simply trust in the benevolence of the gods.

Then there was the Modern era, in which we deemed to understand the workings of our universe. We observed and disected and scientific-methoded that plant until we knew what was going on inside it down to the molecular level. We disproved the gods with science because we discovered that deep down all the harvest was simply the pre-destined working out of the right mixture of chemicals and time. The gods were dead, because we saw behind their scientifically constructed curtain. 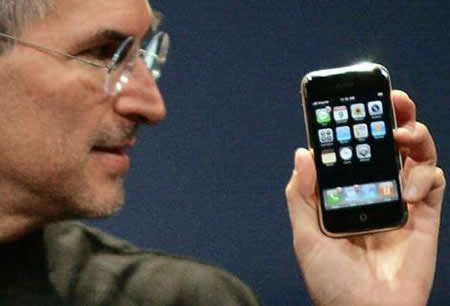 Now, we have entered a newly numinous era because of the magic of the technology with which we surround ourselves. In the air, all around me is a thing we call “the internet.” This unexplained phenomenon is the realm of the collected knowledge of humanity, and it is accessible at my command (assuming I’m within network coverage, of course). I can’t tell you how this networked universe works. If my computer or phone stops allowing me access, I am at a complete loss. I am helpless. I sometimes find myself raising my smart phone to the sky and entreating the digital gods to come to my aid. Sometimes they do. Sometimes they wait. Eventually, service is restored again.

Through our continued, deepening reliance on unknowably complex technology we have resurrected the gods. Welcome to the digital numinous milieu. 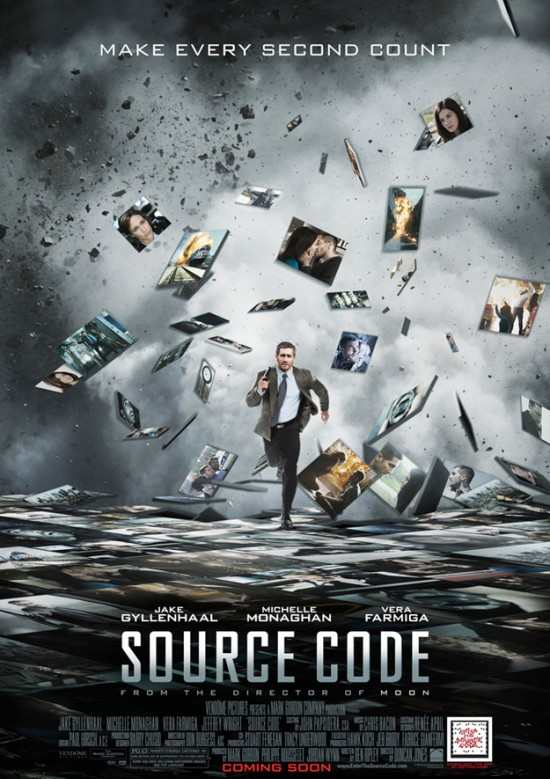 Enter Source Code, the latest film from Moon writer/director Duncan Jones. Source Code is a film about a man who is able to be digitally transported into the last eight minutes of another man’s life in an attempt to unravel a terrorist plot involving a bomb on a train in Chicago. Each time he is unsuccessful at figuring out the mystery and the bomb explodes, the system resets, and he gets another shot at solving the mystery.

The movie is great. Go see it. If you like edge of your seat, well-acted, taughtly directed, well-written, slight sci-fi that assumes its audience is intelligent, Source Code is the movie for you.

Now, a few words about the movie’s ending. If you are the type that doesn’t like spoilers of any kind, you should stop reading now. If you don’t care, continue. If you’ve seen the movie, by all means read on and disagree with me in the comments as you see fit. I welcome the conversation.

Most of the reviews I’ve read of this film fall into one of two camps: 1) People who are upset about the ending, and 2) people who don’t care because the rest of the movie is so good. I would like to offer a third critique, because I like the movie particularly because of how it ends.

This story uses technology to literally create a better world. Throughout the story, our hero is doggedly sure that when he travels back in time to the eight minutes before the bomb explodes on the train, he is actually traveling back in time. We learn later that he is essentially traveling to another reality altogether, that the traveling into that eight minutes actually creates the alternate reality, but that new reality is only able to survive if he is willing to give up his life in the original reality.

The personal, selfless sacrifice of one equals new life for everyone in a new world.

Can I get a witness?

Read through my older reviews. I am not the kind of person who is always looking for the “Christ figure” and imposing Jesus’s story onto others. I am the kind of person though that is looking for echos of the new creation of the gospel in every nook and cranny of life, and especially in the stories I allow myself to be told, be they in the theater or in the day to day of my existence. 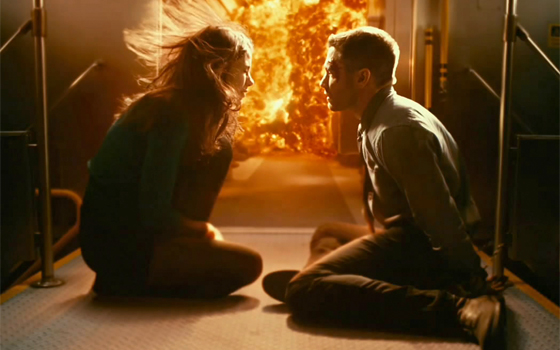 Does Source Code explicitly acknowledge the gospel? Absolutely not, and I do not think the filmmakers intended for the gospel to be represented. After all, the agent of new creation in this story isn’t Christ. It’s technology. But as I elaborated at the beginning of this review, technology is increasingly becoming the realm of the unexplainable and mysterious. It is becoming the method of the in-breaking of the divine into the mundanity of our lives.

But maybe that’s the majesty of the gospel after all. It is too happy. It is, in retrospect, well constructed and performed. And it is easy to overlook, both in this movie and in the nooks and crannies of our lives.

Forgive me my exuberance, but isn’t the being made right of all things worth getting excited about? If it isn’t, what is?

All that aside, Source Code is a good film, and even if you don’t respond to it the same way I have, I do believe you will enjoy the 90 minutes you will spend jumping through time with Jake Gyllenhaal and Duncan Jones. Maybe the ending is contrived. Maybe it doesn’t matter. Or maybe it’s contrived and that’s precisely why it matters after all.