+ PhD student Deb Shepherd, from her essay in the student publication The SEMI. This image from the Hubble Ultra-Deep Field was shown during Jennifer Wiseman’s lecture at the “Talk of God, Talk of Science” conference. Wiseman works at the Hubble Space program as the senior project scientist, and, rather than responding to these discoveries with feelings of insignificance, her work has cultivated wonder at a massive universe and the God who created it.

A Theology of Science

+ The following quotes are taken from the “Talk of God, Talk of Science” conference hosted by Brehm Center’s Ogilvie Institute and the Spring 2013 issue of Theology, News & Notes on science and faith. Click the titles for more.

SCIENCE + CREATION
“In Genesis chapter 1 we read that God created humans in his image and commands them to ‘rule over the fish of the sea and over the birds of the sky, and over every living thing that moves on the earth’—a theme repeated in Psalm 8. So, it may be that serving as God’s stewards in exercising care for and authority over the natural world is part of a general human purpose or telos. There is work to be done and of a specific type. We may expect, then, that humans thrive insofar as they work as God’s caretakers of creation: including the plants, animals, and ecology, but also caring for the human aspects of creation.” + Justin Barrett

SCIENCE + BELIEF
“Youth need to be encouraged to discuss their questions and doubts, while affirming core beliefs. When asked why they left the faith, scientists often mention that the church was not open to their questions and told them to “just believe.” Churches can demonstrate openness to questions by teaching youth about multiple Christian views on an issue. Students need to hear that some Christians accept the science of evolution and others do not, and have a conversation about the reasons why.” + Deborah Haarsma

SCIENCE + WORLDVIEW
“There are some real areas where traditional science and traditional Christian belief do conflict, and these areas deserve our attention and our respect. If you show respect for these questions, you don’t have to answer all of them. We can call people to study with us as Christians and scientists both struggle with those hard questions. This kind of human response can help break down the barriers.” + Philip Clayton [MAT ’80]

SCIENCE + CREATION
“It’s so important for us to love what God loves, to take delight in what God takes delight in. In awesome wonder, when we take consider all the worlds that God’s hand has made, that we take delight in those things—those nonhuman aspects of the creation that we see around us. And this means that we need to develop a robust creation theology that needs to inform and be informed by the kinds of discussions we’re having.” + Richard J. Mouw

SCIENCE + CHRIST
“Far, then, from cosmology standing in conflict with Christian faith, it is properly affirmed by Christian theology, given that the whole of the created order is thought of as owing its origin, purpose, and continued existence to Christ. Indeed, in this way of thinking, the exploration or use of the order in the universe is only possible because of Christ.” + David Wilkinson

SCIENCE + SCRIPTURE
“Almost half of all Americans and most evangelicals think the Earth is ten thousand years old. Those struggling to come to terms with modern science operate in a tense and divisive environment where even the age of the Earth is a topic to be avoided. If scientifically informed voices are ejected from our conservative religious communities, those communities will become even more intellectually impoverished. Clearly, we need new strategies for engaging churches in conversation about science and Scripture.” + Karl Giberson

SCIENCE + THE HISTORICAL ADAM
“Where, then, are we left, if the pressures of scientific inquiry lead us to take down the spire of a literal, historical Adam? What might it look like for us to faithfully receive Paul’s testimony not merely by saying what he said, but by doing what he did? Might it be possible that we could retell the stories of both Adam and evolutionary sciences such that they continued to reflect our conviction that the endpoint of God’s great story is nothing else than new creation in the crucified and risen Christ?” + Daniel Kirk

Neuroscience and the Soul

reducible to nothing but cognition. Rather, the human experiences of soul are conditioned by but cannot be reduced to the underlying mental processes from which they emerge.”

+ Warren Brown, director of the Lee Edward Travis Research Institute and professor of psychology, reflects on the mystery of the soul in his co-authored book Whatever Happened to the Soul? Pictured, diodes provide information on the corpus callosum, a part of the brain responsible for moral decision-making and an important subject in Fuller’s course on neuroscience and the soul.

“The nonreductive physicalist account of religious experience is valuable in that it allows believers to accept and make use of research on the biological, psychological, and social realization of religious experience. However, without an account of divine action, religious experience will be reducible to these lower levels of the hierarchy. The nonreductive physicalist account of nature needs to be completed by a theological account in which descriptions of divine action supervene on descriptions of natural and historical events, but without being reducible to them. We need to conceive of the hierarchy of the sciences as incomplete without theology, and especially to maintain the nonreducibility of theology to other disciplines.”

+ Nancey Murphy, senior professor of Christian philosophy, on non-reductive physicalism from her co-authored book Whatever Happened to the Soul?

“Work in biblical and theological studies, together with insight from the neurosciences, encourages a way forward marked by an account of the human person that rejects the necessity of a separate, metaphysical entity such as a soul to account for human capacities and distinctives; that underscores the material location of the human person in relation to the created order; that refuses to reduce personal identity to our neural equipment, emphasizing instead the personal contribution and relatedness of human beings to the human family and the cosmos; and thus that has as its primary point of beginning and orientation the human in a partnering relationship with God.” —from Body, Soul, and Human Life, pp. 37–38

+ Joel B. Green in his book Body, Soul, and Human Life, a reflection on the neuroscience of Warren Brown and the philosophy of Nancey Murphy through the lens of theology. 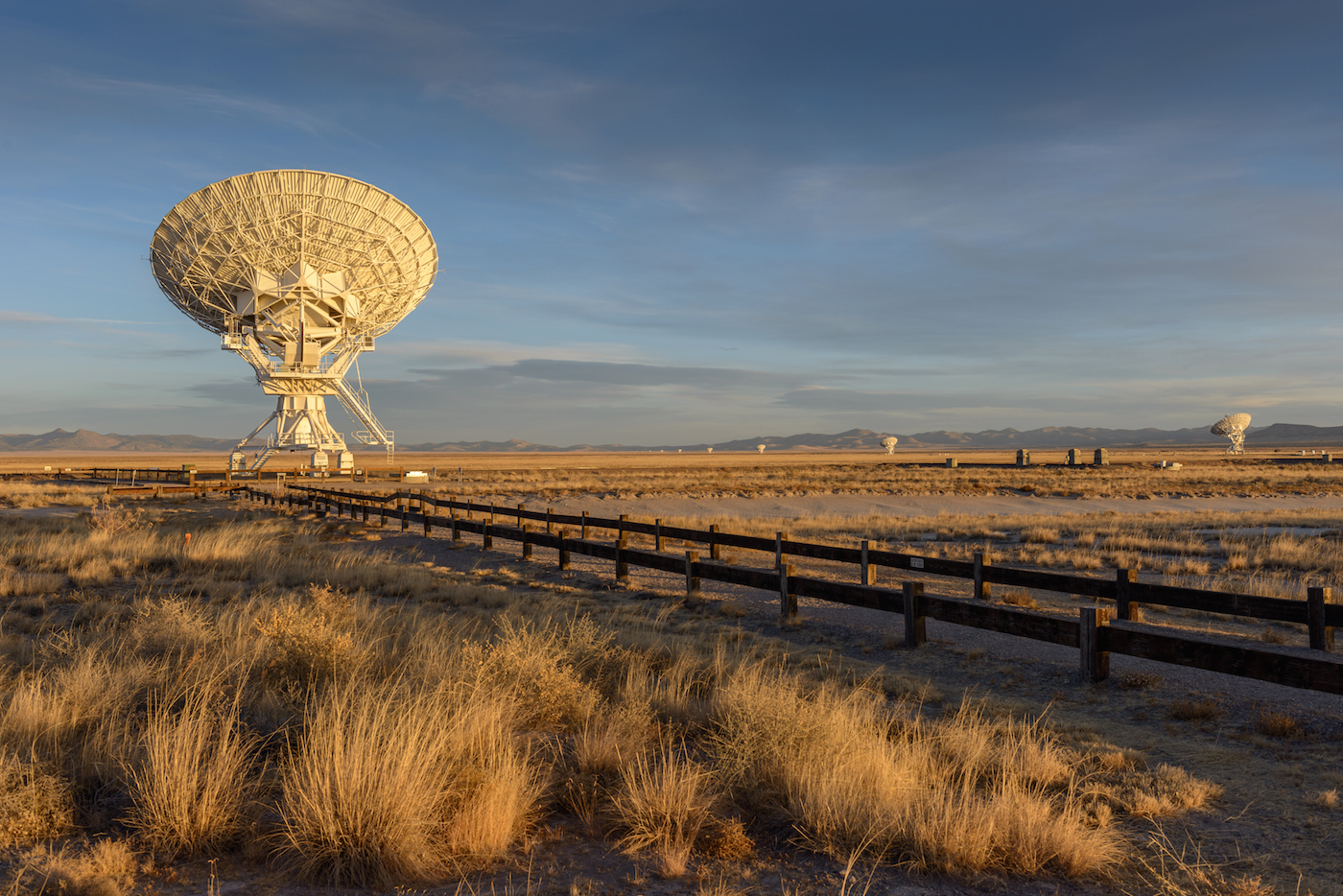 “I knew God existed. I felt him inside of me. I knew Jesus as my savior; no one else could have brought me out of such deep despair. But I was also an astronomer, and I knew intimately just how big the universe was. I know stars are born and they die each day. I know there are billions (109 or 1,000,000,000) of galaxies, each with billions of stars. I know the galaxies are expanding from an enormous explosion 13.7 billion years ago, the Big Bang. I know that galaxies themselves evolve and even collide in events that last more than a billion years. I understand, at least partly, the beauty and complexity of the physics and mathematics that describe the fabric of space-time and the incredible balance between matter and energy that exists at the quantum level. So how could a God who created this amazing and wonderful universe possibly love something so insignificant as a human being? We are nothing but tiny organisms on a small rocky planet orbiting a dwarf star (that we call the Sun) located in the outer reaches of a rather standard galaxy in our universe. I just couldn’t figure it out. I had a very difficult time believing in my heart and soul that God actually loved me when he

had so much else to hold together. . . . I still don’t know how it is possible: I probably never will. But I finally understand that it is possible: God both loves humans and creates and sustains the universe.”

+ Deb Shepherd, from the student newsletter The SEMI. Dr. Shepherd became an astrophysicist, working as a research engineer and then training astronauts for the NASA shuttle program at Marshall Space Flight Center. She also studied astronomy, after which she became a post-doctoral scholar at Caltech and then a tenured astronomer at the National Radio Astronomy Observatory (NRAO). Her research focus is in the field of star and planet formation with a specialty in large radio telescopes (such as the Very Large Array, pictured above) in New Mexico, Chile, and South Africa. Shepherd holds degrees in physics from the University of Cincinnati (BS) and University of Tennessee (MS) and in astronomy from the University of Wisconsin (MS; PhD).

“The heavens are speaking, in a sense, to us, and it’s our job both through science to find out the scientific truths that we’re learning by looking at the universe and through our faith and philosophy to find out the other things that we can glean by looking at the universe. We need to put our minds to this task. . . . We recognize the beauty of nature, and we are drawn to explore it; perhaps that implies, as we’re looking for ways that the heavens declare the glory of God, that God enables us to desire, to explore, and to grow in understanding of the natural world—this could be a facet of God’s love.”

+ Suggesting that much of the time the “science/faith debate” is much more fecund when investigated in exploration and wonder rather than “through shouting matches,” Durham University physicist Tom McLeish of Durham University spoke as a guest of the Fuller student science group (pictured in a casual conversation after the lecture). Drawing from thoughts in his new work Faith and Wisdom in Science (Oxford University Press, 2014) to an intimate but engaged crowd that included President Mark Labberton and School of Theology Dean Joel Green, McLeish shared some of his book’s exploration. He observed enthusiastically that it annoys him when traditional arguments find their locus of biblical wisdom in Genesis. “There are better starting places,” McLeish urged. “For me, the corpus to start in is the wisdom literature: Psalms, Ecclesiastes, Proverbs. . . . [and] the snowy mountain peak of wisdom literature to talk about creation is the book of Job.” As Professor McLeish was aware that many students in the room were currently part of a summer course studying Job, he was quick to incorporate his observations on that text into his lecture.

Did My Neurons Make Me Do It?
Nancey Murphy and Warren S. Brown (Oxford University Press, 2009)