The Internal Dialogue of the Yesu Bhakta Movement

In his insightful article Atul Aghamkar draws our attention to many sensitive and critical issues that followers of Christ in India face. In my response, I would like to pick up on the significant point he makes following Hans Staffner’s observation that “conversion to Christianity is often looked down upon as a social act rather than a spiritual act.” I would like to describe how many followers of Christ adopt social tact in pursuing spiritual acts as disciples of Christ. In so doing, I would like to draw attention to the internal dialogue taking place both within individuals and within one section of the community of Christ followers that stands beside the informal dialogue that Aghamkar helpfully describes and rightly encourages.

“Matta, Pitta, Guru, Devam” is an oft-quoted maxim in India. It simply means, “Mother, Father, Teacher, God,” and signifies the order of priority that many adopt in their lives. In the Indian view of life fidelity to one’s family and caste community is of paramount importance. Alongside that lies an equally pervasive perception that Christianity is not an Indian religion; rather, it has been forcefully introduced by Western powers. Becoming a “Christian” therefore entails turning your back on thousands of years of religious and cultural heritage and rejecting the role your family plays in your present and future life. Understandably, these attitudes and practices have far-reaching implications for Christian discipleship.

One distinctive approach to negotiating issues of fidelity to one’s community and membership in an institutional church has been Churchless Christianity. Theologically speaking, of course, this is a misnomer. A disciple of Christ is by definition a member of the body of Christ, the Church. However, since the phenomenon itself was rather novel, its coinage seems to have made sense.1 The terms “non-baptized believer” and Yesu bhakta (devotee of Jesus) are also employed. An able proponent of this form of discipleship, Swami Muktanand, explains the phenomenon:

To become a Christian means that one has to leave one’s birth community and join another community. It also means that one has to reject one’s culture (one’s way of life). However it is not a necessity that to be a follower of Christ one has to become a Christian. This false teaching has come from the Europeans who saw the Hindustani life as demonic and convinced people that in order to become a follower of Christ one has to reject the Hindustani lifestyle and adopt a European lifestyle. . . . A Hindu follower of Jesus also known as a Yeshu Bhakta stays in his Hindu community practicing his Hindustani culture and giving allegiance to Christ and Him alone.2

Yesu Bhaktas and the Institutional Church

YBs have a strained relationship with the institutional church because membership in it is seen as the final act of social dislocation. Hence the YB does not attend church but prays at home. While he may have learned of Jesus in school, his experience of Christ grew when his prayers, often for healing, were answered. He feeds himself spiritually by listening to Christian radio and TV. Clearly a follower of Christ, he nevertheless celebrates festivals like Pongal, and for all cultural and family intents and purposes lives as any other Hindu does.3 When queried further about the nature and reasons for their lifestyle YBs admitted the following:

While YBs are numerous, they are largely indistinguishable from the general Hindu population since their discipleship does not entail membership in the institutional church, yet they maintain devotion to Christ.5 That is to say, Christian spiritual acts are pursued with Hindu social tact.

The process of negotiation that YBs clearly engage in is what I would like to call internal dialogue. It is an engaging conversation between their attraction to the life and person of Christ and their rootedness in Indian culture and practice. While the traditional options of evangelism by extraction and discipleship of rejection does not appeal to them, through this internal interreligious dialogue they are forging a fresh form of discipleship that is at once Christocentric and Indocentric.

Such an internal dialogue is not pursued casually but with much thought and care. It is not pursued in a formal set up after the prerequisite training is gained, but rather in an informal sense, feeling their way forward in what can be an uncertain and dark corridor for them. It is not pursued adopting the formal top-down method, of waiting for established religious leaders to lead and guide them; rather, it follows a bottom-up methodology led by the rank and file with little guidance from religious leaders. It is not pursued in the way that official interfaith dialogue often is—by focusing on official doctrinal positions—rather, it is done in and through the warp and woof of life, attending to the everyday weighty issues of life, family, and culture. This often makes it rather messy, rather tentative, rather ad hoc, because such is the nature of life as is known by YBs. While at times it could be harmless for the YBs, at times it could invite persecution and even threat of death. There is no one rule, one established method, one pattern that it follows; rather, it has a multivalent character, follows multiple forms, adopts numerous rules as it is pursued by a host of people from a variety of backgrounds. So in reality there are numerous dialogues being pursued and they proceed at various levels. Whatever character and shape it may take, this internal dialogue is rather fruitful for it yields to indigenous forms of discipleship and indeed even mission. It is therefore to be treated as a rich and unique contribution of Christ’s followers in India, and indeed a suggestive approach to engaging with the millions of India and beyond.

Surely such a rich area is ripe for study, research, and establishing fresh forms of engagement. One thing is clear in responding to internal dialogue: we would do well to pay close attention to ground-level reality and appreciate the issues and struggles that YBs face as they pursue this dialogue. We will approach it with as little prejudice as possible. Clearly in a country as diverse and religiously plural as India, such a form of discipleship cannot be swept off the table as being deviant and questionable even before study. Yet we will also take care before we pronounce, as some do: “I am convinced that the Christian faith will permeate India only as part of Hinduism, what I call ‘Christ-izedHinduism’.”6 Or before we announce, as some do: “The real move toward an indigenous Christian faith can never come from the Christian community. It must grow out of the ‘Churchless Christianity,’ with the help and encouragement of the church.”7

While the Indian church cannot be expected to retain the Western format and still expect to move forward, neither can it be expected to adopt the YB pattern alone. Besides being so varied and diverse in itself, painting the church with a monochrome hue will do no justice. From the people movements that transpired in the nineteenth and twentieth centuries to creative movements like the YBs to those who are turning to Christ from OBCs (Other Backward Communities) and Dalit backgrounds, the church is comprised of various groups that display a multicolor variety. Patterns of devotion to Christ are to be situated within this broad framework and cannot be forced into a straitjacket of one particular practice, however Indian and appealing that may be for some. Just as this internal dialogue is being pursued, there are other forms of dialogue that are and should be taking place within the church. We will do well to mount a mature and informed dialogue on these forms of internal dialogue for the benefit of God’s mission in the world.

3Pongal is the three-day festival in January that is primarily a social event involving the whole village community. Many village Christians also participate in the festivities, though avoiding the one or two traditional home rituals.

5 Also see Andrew Wingate, The Church and Conversion: A Study of Recent Conversions to and from Christianity in the Tamil Area of South India (Delhi: ISPCK, 1997), 139–51.

7H. L. Richard, “Rethinking ‘Rethinking’: Gospel Ferment in India among Both Hindus and Christians,” International Journal of Frontier Missions 19, no. 3, Fall 2002, 7–17; quote from p. 15; emphasis mine. 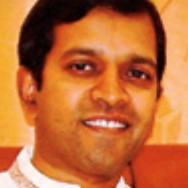 Paul Joshua Bhakiaraj is a commended worker from and an elder at the Tamil Brethren Church in Bangalore and also serves as a lecturer at the South Asia Institute of Advanced Christian Studies, where he teaches courses in both the Theology and Mission departments.