Interfaith, interreligious, or Christian dialogues with other faiths sound simple enough in the context of India. Yet, as the popularity of this reawakened concept sweeps through the ranks of church and mission in the twenty-first century, are we really clear on the theological and missiological basics involved? In the multifaith context of India, how can Evangelical Christians effectively engage in interfaith dialogue with people of other faiths? Reflecting on the contemporary scenario, Atul Aghamkar stresses the importance of informal interfaith dialogue in the midst of significant emerging challenges in India such as the rise of Hindu fundamentalism, Christian attitudes towards Hinduism, and the misconceptions about Christianity in India. His suggestion for informal and non-confrontational dialogue in the context of India flows from his early years of missionary experience and engagement. While appreciating and supporting the reflections and proposals of Aghamkar, I would like to underline and to continue reflecting on three of the points that he has made in his presentation. I write as an Indian Evangelical but intend this response for all Christians.

One of the important points missing in the presentation of Aghamkar is the need for dialogue between Christians and Hindutva groups. In the past two decades or so, fundamentalism is on the rise and religious groups are in conflict in India. Since 1947, Hindu- Muslim riots have become part and parcel of Indian history. Similarly, Hindu-Christian conflict is an ongoing problem that has resulted in deadly violence in various Indian states. Hindu fundamentalism (Hindutva) greatly opposes religious conversion, provoking self-defensive and also offensive reactions towards Islam and Christianity. The problem of conversion is a crucial issue and it has become the subject of passionate debate in contemporary India. On the one hand, Hindus and Hindu fundamentalists plead for a ban on conversion because it disturbs the social peace and threatens the Indian identity. On the other hand, Christians argue that conversion is a fundamental human right that should be protected in Indian democracy. In this context, interfaith dialogue between religious communities (Hindus and Christians) at various levels becomes urgent and crucial. Informal and non-confrontational dialogical process with the hardcore Hindus and fundamentalists should not be a program-driven event but spontaneous—part and parcel of day-to-day life that comes out of Christian living and practice.

The second significant challenge in promoting interreligious dialogue that Aghamkar identifies are the misconceptions (perhaps true to some extent) about Christianity in India. Unfortunately, Christianity in India is still considered foreign. Christianity is seen as an imposition from the West and still controlled by Western ideology, theology, money, and power. Even though Christianity has been in India since the first century, it is not accepted as indigenous, as Indian theologian Paul Bhakiaraj remarks in Atlas of Global Christianity (2009) that Christians are still seen as “those with questionable patriotism, if any, and whose allegiance seems to be directed to the West rather than their motherland.”1 Hindu scholars Rajiv Malhotra and Neelakandan, in a recent work, Breaking India (2011), accuse Western Christianity as “anti-India players” for creating faultlines between people groups (Aryans, Dravidians, and Dalits) in the name of human rights and other empowerment projects with the help of Indian agents, namely Christian missions and their leaders.2 I would add that the program-oriented attempts of Evangelical Christians to promote interreligious dialogue in the Indian context is also perceived to be a Western agenda.

Interfaith dialogue requires self-evaluation. Evangelical Christians are not ignorant of the fact that we are still not really an Indian local church and we need to free ourselves from Western cultural captivity. There has been a lot of talk about contextualization, but real efforts and initiatives toward making Christianity more Indian have failed; perhaps even Evangelical Christianity does not see it as a need except for some exterior décor. Christians in India socially try to live like Indians, but as soon as we cross the threshold of the church building, our language, attitude, gestures, and symbols take on Western accents. According to one estimate, there are about 82,950 long-term missionaries from India in more than 200 agencies, nearly all serving cross-culturally in India,3 but most, if not all, of these significant indigenous missionaries depend economically on foreign resources. Administratively, indigenous mission agencies are controlled by and connected to Western centers of power. Most of our evangelical training institutions in India are identified as purveyors of Western modernity. Given this enduring Western influence, there are significant challenges for dialogue. Freeing the India Christianity from Western cultural and economic captivity is the need of this hour. This attempt would enable the Evangelical Christians to engage in dialogue with the Hindu community in India easily and meaningfully.

Finally, negative attitudes towards other religions and particularly Hinduism stand as obstacles to interfaith dialogue in India. Interfaith dialogue is talking with other religious groups about their beliefs so that one can understand the other better and learn from each other.4 However, it is not only talking, but also listening to Hindu adherents. Evangelical Christians and Christian missions are eager to preach and teach but show no signs of listening to people of other faiths. Christianity in India will need to heed the words of Hindus and listen to their beliefs, customs, and religious experiences. In my judgment, listening before preaching to Hindus is the first act of sound interfaith dialogue. It must therefore be incorporated into theological and missiological basics of interfaith dialogue. Listening to Hindus will enhance the possibility of reflection on the effectiveness of both formal and informal interfaith dialogue. A stricter obstacle is that some of the evangelistic methods and the literature put out by Christian ministries may make others suspect that our commitment to interfaith dialogue is not wholehearted and that we seek to instrumentalize the dialogue for conversion. The key purpose of evangelical interfaith dialogue is not conversion but mutual knowledge, growth, and the clearing away of prejudices and those ideas that are false or only partly true and in need of correction. Also, one should not assume that the Hindus are not tolerant towards Christianity. This will help us to avoid a stereotypically judgmental attitude.

My own story in coming to write this response is a result of my ongoing journey as a fellow pilgrim with other Christians and missionaries in India. I was born in a small town in Orissa, India. For a significant portion of my childhood, we lived in a remote village in Orissa among Hindus. I have worked as a cross-cultural missionary, Bible teacher, and pioneer worker in different states of India. In many ways, Evangelical Christianity defines my identity and drives my motivation. I grow weary of seeing how Evangelical Christianity in India has failed to understand the importance of interfaith dialogue. My own public evangelical style of preaching during my work in India sometimes was harshly critical—often quite ignorantly—concerning Hindu religious practices. Both Indian missionaries and Christians must listen to their Hindu neighbors. But as someone who loves the body of Christ, I long to see more of what God is able to do in India. The proximity of cultures in our time makes interfaith dialogue both possible and necessary.

Various types of dialogue have taken place in the Indian context in the past. Whenever one religion was in contact with another, debates, arguments, and conversations took place. My point here is that interfaith dialogue (both formal and informal) should take place with Hindu fundamentalists as well as ordinary Hindu adherents. In this context, I doubt that the Evangelical community can take hold of the interfaith dialogue initiative if it avoids engaging with Hindu fundamentalists. Missiological approaches to the interfaith dialogue are not present. I am not aware of any Evangelical Christian institution that has engaged in dialogue with Hindu fundamentalist groups in India. For instance, Atal Bihari Vajpayee, then Prime Minister of India, called for a “national debate on conversion” in 1999.5 No evangelical group or any other Christian denomination in India responded to the call for debate and initiated dialogue. In this case, interfaith dialogue failed to take root in the Indian soil. If we had engaged in dialogue on the conversion issue, it would have prepared ways for open interactions and mutual understanding.

Interfaith dialogue is the appropriate way to promote harmony and understanding on common human issues in a pluralistic society of India. Evangelical mission that is set in the context of the mission of God in India cannot but be interfaith dialogical. The nature and scope of interfaith dialogue in the Indian context should be, as Aghamkar suggests, “a non-confrontational dialogical approach” in order to create “a more positive atmosphere and cordial relationships with people of other faiths in order to communicate the message of Christ effectively.” 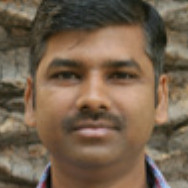 Abhijit Nayak is a PhD student in the School
of Intercultural Studies at Fuller Theological
Seminary in Pasadena, California.