“If you are interested in exploring the psalms further, after having watched the conversation between Bono and Eugene Peterson, here are a few resources that might be of interest to you or to your community. I will also be posting additional material on the Brehm Texas website. A warm thanks to The Calvin Institute of Christian Worship and to Cardiphonia for their help in collecting these resources.”

+ David Taylor, assistant professor of theology and culture and the director of Brehm Texas, taking a break with Eugene Peterson during the filming of their conversation with Bono. Photo: Taylor Martyn

Praying the Psalms: Engaging Scripture and the Life of the Spirit
Walter Brueggeman (Wipf & Stock Pub, 2007)

Praying with the Psalms: A Year of Daily Prayers and Reflections on the Words of David
Eugene Peterson (HarperOne, 1993)

U2 and the Psalms

The Sayings of Bono (on the Psalms)
David Taylor (Diary of an Arts Pastor, 2016)

Ancient Psalms for a State of the Art Tour
Tim Neufeld (www.ATU2.com, 2015)

Fresh Translations of the Psalms

Music of the Heart: New Psalms in the Celtic Tradition
David Adam (Spck, 2004)

Psalms for All Seasons: A Complete Psalter for Worship
Martin Tel (Brazos Press 2012)

This Far by Faith: An African American Resources for Worship
(Augsburg Press, 1999)

Chant from the Hermitage: A Psalter
John Michael Talbot (Troubadour for the Lord Music, 1900)

The Biblical Psalms in Christian Worship: A Brief Introduction and Guide to Resources
John Witvliet (Eerdmans, 2007)

The Great Poems of the Bible: A Reader’s Companion with New Translations
James Kugel (Free Press, 2008)

The Psalms for Small Group Study

The Spirituality of the Psalms
Carroll Stuhlmueller (Liturgical Press, 2002)

Biblical and Theological Perspectives on the Psalms

Psalms: The Prayerbook of the Bible
Dietrich Bonhoeffer (Augsberg Fortress, 1974)

A Theological Introduction to the Book of Psalms: The Psalms as Torah
Clinton Jr. McCann (Abingdon Press, 1993)

The Case for the Psalms: Why They Are Essential
N. T. Wright (HarperOne, 2013)

The Psalms and the Visual Arts

Worshiping with the Psalms Through the Church Year

“Psalm 126,” He will Not Cry Out, Anthology of Hymns and Spiritual Songs
Bifrost Arts Music (2013)

Holy Week Devotional through the Psalms of Ascents
Cardiphonia (2010)

The Psalms and Contemporary Music

The Songs from the Psalter
Cardiphonia (2015)
+ A crowd-sourced effort by worship songwriters to provide a variety of approaches to singing the psalms in the modern church. Largely in the folk rock vein.

Psalm 1
Joel Limpic (2014)
+ Worship Pastor at Park Church in Denver, CO. Working on writing songs based in a word-for-word rendition of the ESV.

Asaph
Loud Harp (2014)
+ Some ambient folk-pop meditations on the themes of the psalms.

From The River to the Ends of the Earth
Matt Searles (2013)
+ Original songs treating whole psalms for the contemporary church from a folk-rock idiom.

Intown Psalms
Intown Music (2004).
+ A collection of largely retuned psalter texts from Matthew Curl and the musicians of Intown Presbyterian Church in Portland, OR.

Psalterium Vol. 1
Desert Springs Church (2011)
+ A church in Albuquerque, NM committed to writing and recording original versions of the Psalms.

Highways in Our Hearts
The Psalter Project (2014)
+ Ongoing project from producer Emily Moore seeking to reintroduce the Psalms into the church, with a few Indelible Grace contributors.

The Sons of Korah
+ A long term project from Australia band putting the Psalms word for word into music.

The Psalm Project
+ A group of musicians from the Netherlands producing contemporary arrangement’s of the Psalms based on the old Genevan tunes.

Sing a Psalm
Jeremy Mayfield
+ Short responsorial songs written in a folky vein for the liturgical needs of the Anglican and Catholic traditions.

By the Streams
Jonathan Orden (2015)
+ Independent musician from the UK recording songs based in the Psalms. 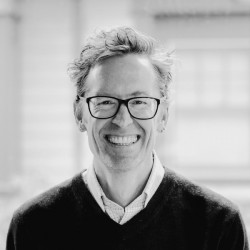 David Taylor is the assistant professor of theology and culture as well as the Director of Brehm Texas, an initiative to revitalize the church through the arts