The church’s missional mandate to make disciples of the nations has inspired many Christians to evangelize adherents of new religions. Over the past half-century many lay ministries and parachurch groups have been created in North America and around the world that concentrate on reaching adherents of new religions. To some extent this concern for ministry to new religions has developed independently from professional missionary organizations and from academic theologians.1

One way this evangelistic work has been shaped is via Christian apologetics. Here the task of evangelism is framed around addressing important belief-blockers that obstruct devotees of new religions from responding to the call to repentance and faith. In broad brushstrokes it is fair to say that a high percentage of Christian literature on new religions uses a standard analytical template. A typical strategy involves drawing attention to key statements made by teachers of new religions about the nature of God, the person and work of Christ, and biblical authority. The key statements are assessed and invariably rejected for their deviations from orthodox Christian teaching in light of an exegesis of biblical passages.2

It is helpful to step back from this corpus of literature and thoughtfully reflect on its effectiveness. Apologists affirm the twin mandates to make disciples (Matt 28:18–20; Acts 1:8) and to give reasons for faith (1 Pet 3:15). They take their cues from biblical warnings about false prophets (e.g., Deut 13:1–5; Matt 7:15–23; Acts 20:26–32; 2 Pet 2:1–3), and also from the example of the early church fathers’ responding to heresies. At its best this approach empowers us to know why we believe what we believe. It can also have an impact on unorthodox groups that view the Bible as God’s revelation. The mass conversion of the Worldwide Church of God in the 1990s from heterodox to orthodox belief is a rare but fruitful case in point.

However, there is an unwholesome underbelly in pop apologetics. It is one thing for the offense of the gospel to cut to our hearts. It is entirely another thing for devotees to be treated like spiritual lepers. If we see our encounters with devotees as akin to Luke Skywalker locked in combat with Darth Vader, then we are light-years away from the missionary mandate. There are plenty of unsavory cases, as Andrew McLean laments: “It is easy to parody another religion, and neopaganism is a parodist’s delight.”3 Missionary circles, such as the Lausanne World Committee for Evangelization, has sounded a clarion call to root out bad behavior and to critically reflect on praxis.4

Another reflection concerns the assumption that all new religions are doctrinally based. The impression that we have truly understood a group once we complete the doctrinal comparisons is mistaken. Allied to this misleading impression is the reductionist tendency to opt for a one-size-fits-all method of evangelism. Jehovah’s Witnesses and Christadelphians look to the Bible as divine revelation. However, to be a member of either group means your personal life story of hopes and fears is lived in the context of a distinct global subculture. It is pastorally insensitive to think we really know somebody once we figure out his or her “doctrines.”

Many other movements do not start with the Bible or put much emphasis on creating a tidy parcel of doctrines. The eclectic and popular nature of the “self-spirituality” advocated by Oprah Winfrey eludes our efforts to sift it through a doctrinal template. A narrow doctrinal apologetic likewise hits a brick wall when pigeonholing Elizabeth Gilbert’s Eat, Pray, Love. Most new religions place enormous emphasis on performing the correct rituals rather than on doctrine. To glimpse something of Wicca, Hare Krishna, and Siddha Yoga means paying much attention to what adherents practice in their rituals.

In recent years several missionary practitioners have invited the church to reevaluate its outlook on new religions. Too often we have taken a barren road by misconstruing Jesus’ clashes with the Sadducees as a model for talking to devotees. We need to ask searching reflective questions: Am I truly representing the person of Christ to devotees? Am a vessel of the Holy Spirit or just being plain arrogant in what I say and do? Am I deceiving myself by masking my fears and trying to win an argument at all costs?

We might find it more instructive to consider the person-centered approach of Jesus with Zaccheus (Luke 19:1–9) and the Samaritan woman (John 4:1–26), and of Peter with Cornelius (Acts 10:26–48). They were not “reached” by having their false doctrines debunked. Similarly, consider the way in which Paul addressed Athenian culture—one that was biblically illiterate (Acts 17:16–34). Like the other apostles’ speeches in Acts, Paul emphasized the power of the risen Christ to change lives. His sermon had no Bible quotes but still followed the biblical plotline from creation to incarnation.

It is encouraging to see ministries among new religions enriched and transformed by learning lessons from cross-cultural missions. John Drane advises us to invest time in listening to people, being committed to journeying with them, and being realistic about mission.5 Drane is very wary of formulaic approaches that claim to deliver maximum dividends for minimal effort, particularly in efforts to reach people attracted to do-it-yourself forms of spirituality.

Ken Mulholland realized that Utah has a distinct culture saturated and unified by socially binding customs and experiences of the Church of Jesus Christ of Latter-day Saints.6 The Latter-day Saints place a high premium on an inner witness of God’s Spirit confirming the truth. This whole way of “knowing” is so remote from evangelical emphases on systematic theology.

We risk being vulnerable and experiencing culture shock when we step outside our comfort zones and meet devotees of new religions. I have felt enriched by taking a prayerful, person-centered approach to dialogue and witness-bearing. Devotees of all stripes want to discover how they can become the best possible person they can be. It is thrilling and fruitful to invite people to start considering how Jesus Christ can enable them to understand who they are, and to explore through him who they might become.

5John Drane, Do Christians Know How to Be Spiritual: The Rise of New Spirituality and the Mission of the Church (London: Darton, Longman & Todd, 2005). 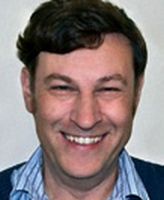 Philip Johnson is an author and also a visiting lecturer in alternative religious movements at Morling College, Sydney. He is a graduate of the University of Sydney and Australian College of Theology. He has cowritten several books, including Jesus and the gods of the New Age: A Response to the Search for True Spirituality (Victor, 2003), Beyond the Burning Times: A Pagan and Christian in Dialogue (Lion Hudson, 2008), and The Cross Is Not Enough: Living as Witnesses to the Resurrection (Baker, 2012), and contributed three chapters to the award-winning textbook, Encountering New Religious Movements (Kregel, 2004). He was a delegate in the subgroup on new religions that met as part of the 2004 forum of the Lausanne World Committee for Evangelization. His forthcoming book, The Noah Challenge, explores questions concerning animals as they relate to the Bible, theology, history, and also new religions. He maintains several blogs, one of which is http://animalsmattertogod.wordpress.com.