Our journey as the Arab Baptist Theological Seminary (ABTS)1 began in 1960 when the late Rev. Dr. Finlay Graham, a Baptist educator of Scottish origin, developed a vision to equip Christian leaders in Lebanon and the Arab World.

Since 1960, ABTS has made a significant contribution: approximately 240 graduates and over 500 alumni from various Evangelical backgrounds (Presbyterian, Baptist, Anglican, and others) are serving across the Arab world and beyond—in Morocco, Algeria, Tunisia, Sudan, Egypt, Lebanon, Jordan, Syria, Palestine, Iraq, and Arab ministries in the West.

The great majority of these graduates are now actively engaged in ministry in the Arabic-speaking world. Instruction is in Arabic and is contextualized to meet the needs of the Arab world. Leadership formation at ABTS also emphasizes the development of personal spirituality, effective ministry to the majority Arab religious community, knowledge of the history and particularities of Christian minorities in the Arab world, and sensitivity to special areas of Eastern spirituality.

One exciting characteristic of our students is that not all of them are training to be church pastors. Some will go on to ministry in the marketplace and other types of mission fields.

At ABTS we desire to be missional. This means that a different type of church is needed, one that is out-of-the-box, focusing on incarnational ministry that sends leaders out into the world. Our Institute of Middle East Studies (IMES)2, for example, challenges us to reach out to the Arab world. Through ABTS’s Educational Ministries Resource Center (EMRC)3, we provide strategic networking and support to local and regional churches. We feel that God is using us to be his light in the world, a world that for many in our region is often lacking in brightness and hope.

ABTS has a significant place on the map as Lebanon is the only country in the region where students of a non- Christian background can be enrolled in seminary formation. We are thankful for the role that this allows us to play in supporting and training future leaders.

At ABTS we have a huge vision—To see God glorified, people reconciled, and communities restored through the Church in the Arab world—but limited resources. We are more than just a seminary. We see ourselves as an educational move­ment and a resource center as well. Everything we do works toward our mission: to serve the Church in our region as it realizes its biblical mission of having Christ acknowledged as Lord by offering specialized learning resources and equipping faithful men and women for effective service.

All students at ABTS come from countries that are major­ity Muslim. Although they have this in common, there are a plethora of differences as well that can contribute to some of the challenges ABTS students face. Morocco, Algeria, Tunisia, Sudan, Egypt, Lebanon, Jordan, Syria, Palestine, and Iraq (the countries that have historically composed ABTS’s student body) are drastically different culturally not only from each other but also from Lebanon, where all come together under one roof to study theology, experience spiritual formation, and grow as leaders.

ABTS Dean of Students Bassem Melki observes that culture shock is a very real challenge experienced by the students. “A lot of their culture is highlighted by seeing themselves in a different light [e.g., in Lebanon]. They’re on a three-year journey of rediscovering themselves and who they are in their original contexts,” says Melki. In many ways ABTS challenges them to be fish swimming against the current when they return to their home countries. Melki adds, however, that one important and intentional choice of ABTS leadership is to send the students home every summer so they are not out of their home context for three years straight, in which case they would run the risk of re­turning after graduation as foreigners to their own country. Integral to ABTS’s philosophy is leadership formation in and for the region.

ABTS’s academic dean, Dr. Hikmat Kashouh, feels that for many students the real challenges occur when they return to their home contexts: “They’ve changed, acquired new skills, and transformed their way of thinking in the three years they spend at ABTS. Then they must go back to their home countries and resettle.” Dr. Kashouh adds that many students come from countries that have extremely different philosophies of education. “In-depth research is not something that all of them are comfortable and familiar with; oftentimes they come from societies that stress memo­rization over critical thinking. This can at times be challeng­ing upon first arrival in Lebanon, but I presume even more once they have become critically thinking individuals who are placed back into their original contexts,” says Kashouh. Nevertheless, just as God stretches them and grows them during their time at ABTS, he undoubtedly continues this work upon their return to their home countries—and they are equipped to negotiate how their educational experience in Lebanon fits into their unique home contexts.

Elie Haddad, president of ABTS, believes that in fact the biggest difficulty for many ABTS students is to read the Qur’an and truly study it. “Whether they come from a Chris­tian or a non-Christian background they’ve been discipled to reject Islam, and that means everything that goes along with it.” Dr. Martin Accad, professor of Islamic Studies at ABTS, agrees. “Perhaps the greatest challenge for ABTS students is their sentiment towards Islam and Muslims. Students often carry feelings of fear and suspicion, which can often end up manifesting in hatred towards Muslims, and certainly much prejudice regarding Islam,” Accad observes. “These feelings can, of course, not be simply dismissed. Although much of the prejudice is inherited from popular and communal feel­ings shared by their families, friends, and coreligionists back home, a certain amount is the result of personal experience of hurt and sometimes direct persecution. Therefore,” he believes, “our responsibility as a seminary in the business of forming leaders for the region is not in helping our students repress their feelings or deny their experiences. But rather our responsibility is to help students reframe their experi­ences and feelings within a biblical worldview and to help them develop responses that are Christlike.” Dr. Accad goes on to explain that it is ABTS’s role to also help students see that many of the more negative realities that they have had to live with may be due to cultural and sociological factors rather than specifically religious-Islamic factors.

Consider the example of Kamal (pseudonym). He came from a prominent Muslim family in his country but later came to faith in Jesus Christ. He was discipled to reject Islam, which effectively amounted to rejecting his family. This is when problems began, and the harassment he ex­perienced from his family and relatives became so intense that he eventually had to run away from home and leave his country. He came to Lebanon, where we got to know him, and several on the ABTS team started working with him.

Within a few months, Kamal was able to reframe his discourse about religion in light of his experience of Christ in such a way that he was able to reconcile with his fam­ily. This journey of reconciliation initially began over the phone, he was then able to visit a few times, and eventually members of his family even came to visit him at the semi­nary. When he graduated, several of the family members, including both parents, were sitting in the audience. From total estrangement, Kamal was able to win back his family with the reconciling message of Jesus whom he had experi­enced in his own life—and there his family was three years later, sitting in the audience and celebrating with him being launched into ministry. Even though the family’s prefer­ence for their son’s future may not have been what they were witnessing on that day, at least they did not perceive anymore Kamal’s encounter with Jesus as equivalent to the loss of a son, but were able to recognize it as part of his spiritual growth journey.

“We feel that it is our calling with students like Kamal to journey with them as we help them reconcile with their past and with their family,” says Accad. “We help them develop a spiritual worldview and discourse that breaks away from the burden of a religious history full of conflict, one that is able to begin to make sense of their experience of inner transformation in a way that is not offensive to the religious sentiments of their family, parents, and larger community. How can Kamal develop a discourse, supported by a profound understanding that expresses his newfound allegiance to Jesus, without rejecting the culture and world of his family, and without insulting his father’s religion? How can he express that new allegiance without it sounding like he is embracing just another religion? For indeed a change in religious allegiance is far from actually reflecting the true experience of inner transformation that God’s gospel in Christ calls us into. That is what our formational calling is about at ABTS. Kamal is but one of many who have gone and continue to go through this journey of healing and growth, without which it is impossible to move into effective ministry without hurting others.” 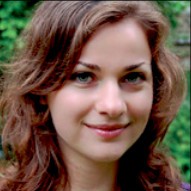