(Note: this response interacts with the Johnston and McAllister-Wilson papers included in this issue of the journal).

However, Johnston does not offer any suggestions about how to turn the Christian-Muslim relational tide in the United States in that much-to-be-desired direction. McAllister-Wilson focuses Evangelicals—uniquely poised out of our own sectarian pilgrimage—to lead the way in developmental relational progress between U.S. Christians and Muslims as humans-in-community. Moving from fearing and smearing the other to blind affection and infatuation should not set the norm. Healthy relationships require honest assessment, hard work, and humble commitment. Again, I heartily agree. However, McAllister-Wilson does not offer specific steps for pursuing that admirable objective.

As a Pentecostal Christian I closely identify with Evangelicalism. That is my frame of reference for saying that Islamophobia is by definition irrational, extreme, and unchristian. In a nation founded upon freedom of religion, it is also un-American. Given that, why are many of us so afraid of Islam?

Superficially, perhaps we are all-too-easily affected (or infected) by fear of the other—any other, whether of ethnicity, race, gender, ideology, religion, etc. To go a bit deeper, maybe we are afraid for the individual or societal survival of our culture and country. Moreover, perhaps we are afraid that Islam will challenge our own religious identity and integrity—which is why in my experience I have found Christians who are most secure in their faith to be least Islamophobic. There are probably several other such fear factors contributing to rising Islamophobia.

Of course, there may be more than a little competitive rivalry between religions, including Christianity and Islam. That is natural enough. We “compete” for the same “resources,” namely and mainly people. But Islamophobia goes even further. It invokes fear and invites violence. Islamophobia is sinful. It is in the same category as racism and sexism—only, if possible, even more virulent. But from whence does it come?

Expulsion or banishment is at the core of the fallen human condition. Adam and Eve’s exile is decisive and definitive for us all. “Banished” (ṣālaḥ) is the same language used of Abraham’s action that “sends away” Ishmael and other possible rivals to Isaac (Gen 21:14; 25:6). It describes the scapegoat that is expelled from the camp of Israel (Lev 16:10). Still stronger is “drove” (gāraš) in Genesis 3:24, which also describes God’s exile of Cain (4:14) and Sarah’s charge to Abraham to “get rid” of the slave girl Hagar with her son (21:10). It is the language of divorce and dispossession (e.g., Ex 33:2; Deut 33:27).1 Is it some small coincidence that these incidents involve irrational fear and implacable strife against the other?

Perhaps deep in each human being resides an abominable instinct, arising out of fallen, sinful nature, which casts out and drives others away in twisted reenactment of their own haunting sense of exclusion, otherness, and alienation. Matthew’s Gospel teaches us that the danger of ultimate exclusion is not imaginary (8:12; 22:13; 25:30). But Jesus himself endured for us the darkness outside (22:53; 23:44; cp. Heb 13:11, 13) and now all may stand before an open gate (Rev 21:25). If incessant anxiety over our innate sense of separation from God and each other is our damnation, then there is salvation too. Thus I agree with Miroslav Volf in Exclusion and Embrace, on the essentiality of reconciliation for the reality of Christian salvation.

Exclusivist tendencies often stem from unconscious psychological and sociological concerns over one’s own ultimate exclusion or inclusion. One who has the prerogative and power to exclude others does not see him/herself present among the excluded. Thus irrational fears (or phobias) regarding alienation can sometimes lead people to form small, close-knit cults, such as the Branch Davidians, with disastrous consequences.2 Arguably, Islamophobia arises out of similar instincts spread still more broadly. However, putting oneself in the position of deciding who is or is not included or excluded involves sinful usurpation of divine sovereignty (1 Cor 5:12-13). Only God can make that call.

I now share a local example that demonstrates a concerted effort at confronting Islamophobia. It is only one potential avenue, and still inconclusive, but it has promise enough to supply a measure of instructive encouragement.3 My home state of Tennessee has become a hotbed for tensions with Muslims. A conflict over building an Islamic Center in Murfreesboro, which went all the way to the Supreme Court, received widespread attention. With the July 2015 Chattanooga shooting of military personnel in a “gun free zone” by a “lone wolf” homegrown Islamic terrorist, conditions became intolerably critical.

Accordingly, I reached out to the Muslim Community of Knoxville, receiving a prompt and gracious response. Individual meetings grew to include a group of local evangelical pastors and a few national leaders,4 as well as Imam Rafiq Mahdi. Next, Zaynab Ansari, a Muslim scholar, and I co-presented at “Our Muslim Neighbor Conference” in Nashville showcasing our joint endeavors. Still underway are interactive events, including visits to each other’s worship services as observers.

Subsequently, the Knoxville Women’s Interfaith Peace Initiative convened a clergy panel on “hot topics” related to interfaith relations. This panel consisted of a rabbi, an imam, and several pastors including a Lutheran, two Methodists, a Unitarian Universalist, and me, representing Church of God (Cleveland, TN). During our first meeting we were pressed to address the horrific terrorist attack by ISIS in Paris the previous Friday. The Muslims present soundly denounced the ISIS attack, labeling its perpetrators as violators of true Islam. Attendees identified economic, ethnic, geo-political, and religious factors as the sole or primary contributor to these atrocious acts. I argued that both causes and solutions of terrorism are complex and multifaceted. We struggled together to understand and respond to radicalized jihadist ideology and the despicable acts of its adherents. Together we faced our fear.

Recently, Religions for Peace USA Executive Director, Aaron Stauffer (also involved with the focus group), helped the Knoxville interfaith community begin a program called, “A Seat at the Table (ASATT).” Piloted in Nashville, ASATT, brings together people of different faiths for food, fellowship, and friendly conversation to promote a shared sense of community identity and solidarity. The program confronts Islamophobia in a straightforward manner. My congregation, New Harvest Church of God, along with Temple Beth El and Knoxville Jewish Alliance, Annoor Mosque and the Muslim Community of Knoxville as well as a few other churches, collaborated.

Local experience with interfaith work indicates that Islamophobia is present, to varying degrees, in the Knoxville community including among some churches and clergy. With Johnston, I attribute this unfortunate reality to various factors, including the current geopolitical events as well as different religious backgrounds. Generally speaking, those who are more politically conservative and/or religiously fundamentalist appear most susceptible. Like McAllister- Wilson, I find that building real relationships works wonders. Many people do not personally know any American Muslims. Negative impressions of Muslims are often shaped primarily by the media or by international experiences—as in mission work or military service—in essentially hostile, unstable environments. Getting acquainted on a personal level with everyday normal Muslim neighbors here in the U.S. helps immensely.

Finally, I am convinced that the liberal tendency (in both its political and religious forms) to deny or downplay the danger from radical Islamic extremists inevitably fuels Islamophobia. People no longer trust anyone who denies the existence of a patently obvious danger. It provides fertile soil for outrageous conspiracy theories to grow like weeds out of control. It is better to concede the danger realistically in tandem with constructing cooperative partnerships with mainstream Muslims in order to combat radical Islamic extremists who have turned to terrorism. Yes, evangelicals are uniquely poised to lead the way. Let us count the cost and respond with courage and commitment (Luke 14:28-30)!5 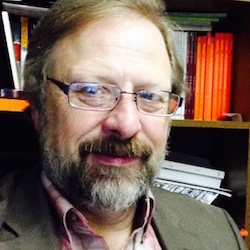 Tony Richie (D. Min. Asbury Theological Seminary, Ph.D. Middlesex University/London School of Theology), is adjunct professor in historical and doctrinal theology at Pentecostal Theological Seminary (Cleveland, TN). Dr. Richie is an Ordained Bishop in the Church of God, and Senior Pastor (since 1998) at New Harvest Church in Knoxville, TN. He is Society for Pentecostal Studies Liaison to the Interfaith Relations Commission of the National Council of Churches (USA), and has represented Pentecostals on the Commission of the Churches on International Affairs. Richie has published numerous articles on Christian theology as well as a monograph, Speaking by the Spirit: A Pentecostal Model for Interreligious Dialogue (Emeth Press, 2010). His most recent book is Toward a Pentecostal Theology of Religions: Encountering Cornelius Today (CPT, 2013).