As this story was being prepared over the last few months, a disturbing news report broke of kidnapped children involving the Roma in Greece and Ireland. Among many other troubling observations, these stories have focused international attention on intertwining issues of poverty, human trafficking, and long-standing racist policies in Europe toward the Roma people

Read more at TIME World or The Irish Times or from Fuller alumna Melody Wachsmuth [MA ’09], cofounder of Fuller’s Evangelical Interfaith Dialogue. For updates on this and other global issues, visit Fuller Global Update.

What keeps him going is remembering the first group of young Romany he met face to face in Slovakia. They had been meeting on their own in the woods near Kosice to sing together and write songs and read the Bible. “Without benefit of professional clerics,” Shane says, delighted, they became Christians by doing what Jesus said to do, and their lives changed. In a desire to learn more about their discovery, they listened to a missionary who pressed them to obey the rules of his denomination in order to be “complete” Christians. Tensions arose, threatening a rift between the young group. And so—again without benefit of missionary or pastor or official church leader—they went to the Scriptures where they learned that Christians are primarily recognized by the love they have for each other. They stopped their arguing, and, hungry for spiritual direction, visited the pastor of a local majority Slovak church. The pastor anxiously called Shane McNary [ThM student, School of Intercultural Studies] for advice on how to minister to a group of dark-skinned Romany young people within his white Slovak church: “You’re here to work with these gypsies, right?” the pastor asked.

Facts about the Roma

Shane McNary has a sixth sense about prejudice. At age 44 he is reflecting back on his own upbringing in rural Arkansas among the poor. He can see a trajectory of empathizing with the oppressed while developing a painfully acute ability to discern when someone is being dehumanized. He understands how poverty can dissolve human kindness and make bullies out of those who should be protectors. That’s why Shane and his wife, Dianne, have been working together with the Roma people of Slovakia for the last eight years. For Shane, the “black and white” racism against the Roma people of Slovakia is a throwback to the America of decades ago.

When he faced that pastor who was unprepared to welcome members that his congregation was accustomed to shunning, Shane felt a sickeningly familiar sensation. The pastor said, “We need your help! Gypsies are coming to us and we don’t know what to do!” That feeling in McNary’s stomach is provoked with the cavalier use of the word “gypsy,” he says. “It’s like using the ‘N’ word in the States,” he explains, and is as pervasive in Slovakia as that epithet was in the American South of his youth. The name “gypsy” is loaded with hatred and suspicion and anger: the English translation of the Slovak word is “liars” or “thieves.” McNary asks, rightly, “Why would I ever call someone that? I don’t use that kind of language in reference to anyone—I find it deeply offensive.” He saw immediately that the reconciliation work in front of him started with the language itself. 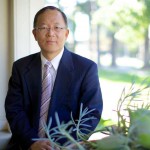 “We think we are post-racial and multicultural, but actually are we? To be genuinely post-racial we have to first go through the process of learning each others’ history—including the pain and suffering of the other group. I think in many cases evangelicals are dropping the ball in this area. … I truly invite—me as your brother and a believer in Jesus Christ—my white brothers and sisters to my struggle, to all people of color’s struggle, because the same mentality that enslaved, discriminated against, and objectified African Americans, Latinos, Chinese migrants, and Native Americans is [still] working.”

Words matter, McNary knows. “When we first moved to Slovakia,” he says, “it was very difficult for me. I was raised in the South and my best friend growing up was African American.” A word like “gypsy” is part of the process of dehumanization, so, as a starting point, he urges people replace it with the word “Roma.” In the Romany language this means “the men,” or the “people.”

What he encounters in Slovakia between the Slovaks and the Roma are the familiar traits of racism: assimilation is rare, economic gaps yawning, anger and hatred crushingly pervasive—even in the church. His discomfort is apparent as he tells of one Romany man who, upon turning 18, moved to a halfway house and started attending a nearby church. He urgently wanted to be baptized, but the pastor told him, “look, we’ll baptize you, but we don’t want you inviting your friends here.” In such cases, McNary feels his work is less to be the presence of Christ to the unbeliever than to reflect the character of the Savior to the saved.

Listen, Learn, and Then Partner

“Our commitment as outsiders has been to come into the culture and learn respectfully what God is already doing among the Roma, and only then do we initiate relationships to discover how we might work together in partnership to support them…”

The first step of integrating those young believers into the life of the church started with the announcement of a baptismal service. Olinka, one of the young women, declared, “I have accepted Christ and I want to share this and be part of the community as Christ instructed.” The elders demurred because she had a child with the man she was living with and to whom she was not married. Her response, recalls McNary, was a familiar hurdle: “but we want to be married, we just don’t have the money!”

Sometimes a tangible need gives people an opening they could not see before. The women of the church responded and a dress was procured, cakes were made, musicians hired, a ceremony planned, and Olinka and the father of her children were married on a bright Saturday afternoon. On Sunday, Olinka was baptized.

“There is something very hopeful about a ministry that starts out with a wedding, don’t you think?” McNary says with a smile.

This story was first published in December 2013. 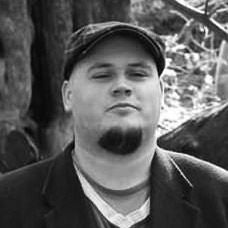 Michael is a cinematographer and is currently pursuing ordination in the United Methodist Church. He graduated from Fuller Seminary with a Master of Arts in Theology and Ministry.