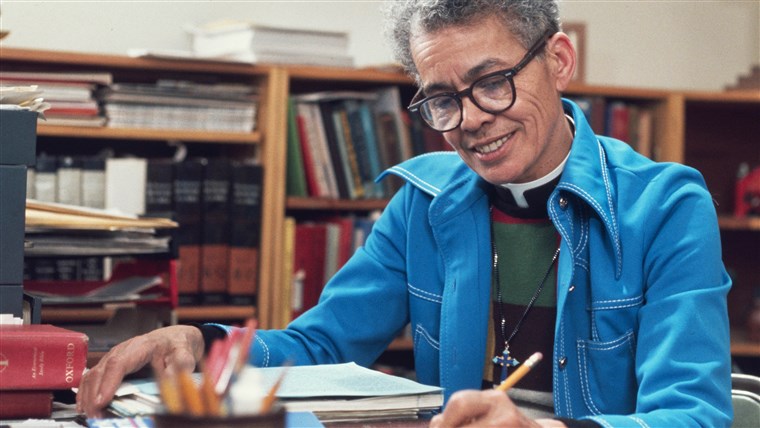 “It seemed to me as I looked back over my life, that all of these problems of human rights in which I had been involved, were moral and spiritual problems. […]
I was being pointed in the direction of the priesthood, service to the church.”
— Pauli Murray

She was a lawyer, a poet, a professor, and a gender queer/nonconforming priest (before there was even language to describe that experience). The documentary My Name Is Pauli Murray introduces us to the activist and spiritual leader the world forgot.

Dr. Murray wasn’t allowed to speak during class her first year at Howard. Her second year she started to be called on, and by her final year she wrote a paper arguing that Plessy vs. Ferguson was unconstitutional—arguments that unbeknownst to her would make their way into the halls of the Supreme Court without her. She believed separate but equal “does violence to the individual impacted.” Discrimination is immoral, period. At the time, she was laughed at by professors and classmates, but later they conceded that her argument was used (without credit) by Thurgood Marshall when he argued and won Brown vs. Board of Education.

Murray was at the top of the class at Howard, which should have earned her a spot at Harvard for continued study, but because she was not a man she wasn’t offered that academic opportunity. She was discriminated against based on race and gender at every turn, and began to describe her experience as “Jane Crow”. It was the constant marginalization—even within the Black community—that drove her to develop ideas that were radically inclusive, decades ahead of the cultural imagination.

“You couldn’t really understand why Murray was so far ahead of her time without understanding that her sense of in-betweenness made her increasingly critical of boundaries. And that allowed her to make one of the most important ideas of the 20th Century: That the categories of race and gender are arbitrary and not the legal base for discrimination.”— Rosalind Rosenberg, Author of Jane Crow

Dr. Murray was on the board of the national study of women in the mid 1960s led by Eleanor Roosevelt, and Dr. Murray requested Justice Ruth Bader Ginsburg be brought onto the board of the ACLU in 1965. Justice Ginsberg used some of Dr. Murray’s legal analysis and credited her in Reed vs Reed—a landmark Supreme Court case for gender equality.

Despite being deeply influential in our country’s steps toward racial and gender equality, few of us know her name. The life and work of Dr. Murray is a reminder of the cloud of witnesses that have gone before us. Reflecting on this saint’s sacrificial life is a meditative discipline, and the film reminds us why tending to memory and storytelling is critical to our spiritual health. It also should strengthen us to know that the unnamed or unseen moments of hard work, love, and sacrifice in our own lives is a gift to our community long after we are gone.

*In this review, and in the documentary, the pronouns she/her will be used to refer to Dr. Murray. However, in the film it is noted that Dr. Murray frequented doctors’ offices where she described the feeling of being a man and eventually asked for a surgery to look for undescended testes. Although commonly accepted language did not exist at the time, Dr. Murray was most likely trans. In private journals she described her situation of being in a woman’s body as unbearable. Activists and historians believe that moving forward Dr. Murray will begin to be referred to with the pronouns that rightly honor that experience: he/him or they/them. 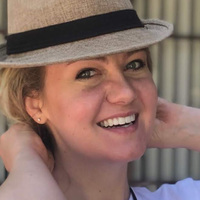